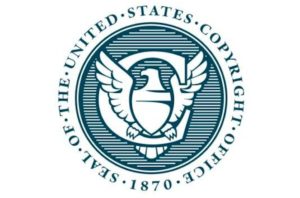 The case was forwarded to the district court accusing Dr.Donald Chickering who is a science researcher and chemical engineer working with the scientific and technical journals Texaco. Texaco is accused of photocopying eight science journals for Dr. Chickening to help him acquire reference to his research work on the journals. The district court gives a verdict on Dr. Chickening allegations citing that Texaco’s unauthorized photocopying of journals lead to copyright infringement. To the court Dr.Chickering copying of the eight articles does not constitute fair use. Dr.Chickering evidence of keeping the photocopied articles for reference rather than immediate use is not satisfactory to the court.

The major argument of the case is to establish if photocopying of scientific article is in order since the user is not the publisher of the article. The concern is a research scientist should rely on their own independent research rather than photocopying another author’s work for reference by photocopying. Chickering as an employee of the publishing institution is a concern that his use of the photocopied articles might not be of fair use. Technology too is blamed in this instance for infringing the authors’ interest and absolute failure to preserve integrity of the copyright. The photocopying laws in relation to copyright are brought to light. There is an argument as per section 7 of the copyright act that permits copies of a portion the original work to be photocopied and end up producing new work as the author may claim.

On the other hand, unlike section 7, section 106 and 106A gives permission to photocopying of articles under some circumstances. The provision allows a fair use of copyrighted publication by reproducing copies for purposes of criticism, news reporting, comment, research or scholarship without necessary being perceived as infringement of copyright. However factors such as purpose of the article, its effects, nature of the copyright and amount of relevance of the section used in relation to the copyrighted work is substantial. The law suit suing Chickering alleges him of ignoring the copyright of the eight articles owned by Academic press that now appeared to have been probably been unfairly mixed up with other annual volumes of catalysis general works.

Following the concerns raised by the law suit, a number of issues were therefore to be decided by the court. The first factor was the purpose and character of use. The court was to help in interpretation of the use of the photocopied articles. The court had to have a deep insight if the photocopies were for commercial use, transformative use or for reasonable and customary practice. The court had a responsibility of listening to both parties for a fair verdict. Chickering on his part claimed that the copies were meant for his personal convenience for reference. He provided affidavit claiming that he even never had time to access the photocopies since they were meant for future reference. On behalf of Texaco Donald Chickering claims that photocopying was primarily intended to provide numerous scientists to save on costs of purchasing other original journal. The court considered both sides of the case before giving the verdict.

Eventually, the court gives the verdict after carefully listening to the allegations. The court concludes that the incidence of Texaco’s photocopying was neither transformative nor noncommercial. Texaco on his side is satisfied that the District court had put undue emphasis on the suggestion that the use was transformative. The Supreme Court rejected the opinion of transformative to be a fair use. The district court acknowledged the use of widespread photocopy since it is considered as customary and reasonable. The court goes ahead to state that education or commercial purpose of work remains the only element for the first factor enquiry. On the other hand, Texaco’s photocopying facilitated Chickering research leading to development of technology as well new products which could have in turn improved the commercial performance of Texaco.

The court decision on the copyright case gives US a different dimension. The objective of the copy right is not only to value the inherent originality but also to promote arts and science. The photocopying by Texaco might not be technically transformative but the use of copyrighted material could lead to conversion of original articles to a different format from normal.

The court decision primarily favors the publishers since it supports the photocopying arguing that the systematic institutional policy will go ahead to multiply copies of pertinent copyrighted work circulating journals among scientist saving on purchasing additional subscription. Photocopying licenses can be easily acquired by the users. The decision was vital for disseminating scientific articles that were copyright protected. The amount of the portion used for photocopying is superficially intriguing. The decision had a serious impact on the potential market as far as licensing fee and revenue are concerned as well as subscription and sales.

In conclusion copyright matters play a Center role not only in the United States but the whole globe to ensure originality of articles as well as encourage the spirit of research. Proper laws outlined acts as a legal framework to guide others and discourage unauthorized and unscrupulous use of materials without adhering to the law. While appreciating the role of technology in passing of content, the users should observe discipline to avoid possible fines, penalties or facing the law for disobedience.