The Politics of Back Stabbing – Case Solution 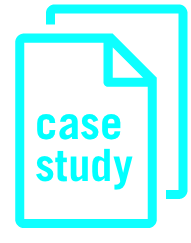 The Politics of Back Stabbing – Case Solution

In the below post “The Politics of Back Stabbing – Case Solution” you will find most suitable answers to the questions for this case study.

You find backstabbing in all situations where there is a hierarchy of employees. Some people move up the ladder by merit, others spend their time taking credit for work done by those they are supervising and sending blame to those who are in competition with them for the next raise or promotion. In fact, there may even be other goals the backstabber has than promotion or bonuses. He may be trying to get close to the powers that be or gain social access to them. An individual who back stabs another is generally insecure in themselves. Jealous of another person.

Keep a written record, dated, time, and event. Talk with your human resources person or your union representative. Have the facts. Save anything done in writing. You could start by saying you just aren’t interested in the topic and would appreciate not having to hear about it. If that doesn’t work, do a reminder. Be very nice. Don’t criticize his views or make this personal. You are supposed to be able to work in the work environment and to concentrate on what you are required to do. If this doesn’t work, then go up the chain of command. All during this time, keep your records. They will be the evidence you need to make this stop. Step lightly and stress that this behavior is making a hostile work environment.

It is not justifiable to engage in illegitimate political behavior such as back stabbing.

The Politics of Back Stabbing - Case Study answers