The Morrison Company began producing smart tags for pharmaceutical use in the summer of 2004. Then in 2007, Morrison expanded its product line to attract retailers. These smart tags are using RFID technology. In this technology frequency is detected and product is scanned by frequency 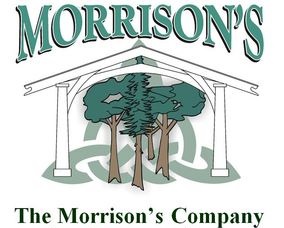 The following are the factors that were creating problems:

The first factor was that the company purchased exclusive rights to a patented device that combined the inventory control capability of RFID with the theft deterrence functionality of retailers’ existing security systems.  This was a bit expensive decision I think this feature should be only available to premium customers only that would be paying extra for the services so that company would not be paying expenditure rather collecting it from the customers without affecting their profit.

Second factor was that RFID tag costs to $.05 or less apiece. The resulting size reductions, design changes, and other technological developments were leading to shorter product life cycles as new types of tags supplanted existing ones. This was especially true of UHF ICs, whose technology was much less mature than that of the older HF models. The company required to produce products that have longer life cycles so that customers remain satisfied by the services provided.

For each variety, units were produced with three different types of adhesives (permanent, removable, and tamper-evident), in three standard shapes (round, rectangular, and square), and 18 sizes. Each inlay’s IC and antenna were specific to the smart tags’ intended application as well as the customer’s technology preference (e.g., HF vs. UHF). Morrison currently offered a choice of 6 different ICs and 10 antennae. I don’t think the diversity of product line increase the ratio of sales so less variety means more customization orders,

Another factor was more expenses and less profit for instance let’s look example i.e. in 2010 pharmaceutical sales of approximately $36.2 million represented two-thirds of Morrison’s annual revenue. Net earnings before taxes for the product line were $6 million. Rest 30 million was all expenses

In 2010, the retail line accounted for one-third of the company’s total revenue. However, higher than expected production costs resulted in net income before taxes of $376 thousand—well below its target for the year. The average price per unit was $.11.

Another factor was that a big challenge arise that the possibilities for expansion in that location were limited: Morrison leased the building, and the surrounding lots had already been developed. Morrison needs to own building to overcome lease expenses. There are many benefits of owning the building than doing business in leased building. For example if you are in crises then first main challenge is to pay lease amount and if you own building then you can easily manage the crises as it is a plus point in business. First thing that comes in mind while doing sales calculating profit from sales is deducting lease amount from the total sales then other expenditures. A person owning business property can decide when and how various maintenance issues are addressed and thus present the image he desires while controlling costs.  Further, he controls his environment from temperature control to tenant finish.  The improvements now belong to him and not the landlord.  This allows the owner to look at improvements with a long-term view.

There was an important issue which was neglected that production employees were responsible for quality assurance at each step of the manufacturing process. The quality was not assured properly as production team cannot assure the quality. Proper teams should be there which will check either standard are properly met or not? And quality product is to be achieved. For example if I am developer of a product then I should not be the quality tester as I may not figure out the errors I make during the development. I may declare the bug a feature as I ll think my work to be perfect and will overlook even the visible errors. So I ll need someone to check quality of my work product and do analysis of it.

The implementation costs outweighed the benefits. During her initial tour of the production floor, Breen noted

The absence of computer terminals and observed production lists with hand-written changes posted near each machine. There should be computerized control instead of manual records as manual records can be misplaced or can be affected by the environment. If there were computer terminals then each machine could be easily monitored and if any change is required then within no time instructions can be passed. The request for change can be monitored i.e. the changes have been implemented or not? All the processes are automatically recorded and can be checked anytime.

There is another issue that the tags were not flexible. That means tags cannot be placed on round shaped objects like syringes, bottles and other materials that require flexibility cannot use rigid tags.

The incidence of stock outs discovered during parts picking had more than tripled in the past six months. Many times a stock out meant that some orders could only be partially completed. Such orders remained as work-in-process inventory on the factory floor, though due to space constraints some were moved on to the packing area. Work-in-process inventories also built up when inlay subassembly slowed due to mechanical problems or when defects required rework. Similarly, bottlenecks commonly occurred during personalization, which negatively affected the subsequent packaging operation.

Most of these involved errors in the content of deliveries rather than malfunctioning tags. So we need to overcome this by checking quality of our product before delivering it to the customers

One of the machines was not reliable said an employee as required output was not achieved from it.

If we look at the table in the appendix we can see that actual outputs were less from the units planned and forecasted during the whole year. At least 15000 units from each product line is less from forecasted. In May 2010, required products were more but productions failed to meet the required target which resulted in loss of revenue and increase in budget but in contrast you it you can see that from Feb-Mar the productions were more than required resulting in wasteful use of resources. The productions should be according to the forecasted data extra production is not prior solution to the problem.

SWOT analysis is to be done. SWOT Analysis is a useful technique for understanding your Strengths and Weaknesses, and for identifying both the Opportunities open to you and the Threats you face. What makes SWOT particularly powerful is that, with a little thought, it can help you uncover opportunities that you are well-placed to exploit. And by understanding the weaknesses of your business, you can manage and eliminate threats that would otherwise catch you unawares. [1]

Concept of Total Quality Management should also be introduced that states, “A management approach of an organization centered on quality, based on the participation of all its members and aiming at long term success through customer satisfaction and benefits to all members of the organization and society” [2]. TQM combines all management techniques and technical tools under a disciplined environment. So it should be introduced to achieve quality in a better way.

I would conclude the study by saying proper management techniques will result a profitable business so one should focus on increasing quality of product to achieve quantity in sales by choosing appropriate methods and techniques to overcome issues that company is facing.