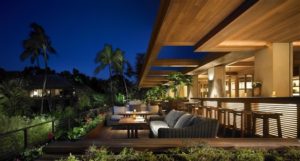 ury hotels with 53 properties all in 24 countries. It is best known for delivering good and luxurious services to its customers. Using the name Four Seasons is helpful sine it might a have an history behind the name. using the name might have meant that the company is to provide the highest quality and truth personalized services to all its customers and thus the customers highly appreciates this services for they are able to use their time well in such a conducive and luxury environment. The name Four Seasons might have its origin from the decision that was made in order for the company to attain its success. These decisions include the need to focus on small but luxurious hotels, investing highly on management rather than owning and lastly, as a company most of their customer service had to couple with the satisfaction of the employee. This case reports the significant problems that the management team of the four hotel faces in its way to achieve its success and sustain its position as the best (Barsky, 2002).

According to Kemp (2001), the Four State hotel company currently is aimed towards expanding from France to open a branch in Paris. this should be in the hotel named the F.S George. In order to achieve extra ordinary growth, lots pf emphasis is placed on the organizational structure of The Four Seasons Hotel. However, despite the management team struggling to increase the standards of the hotel, it comes into term with challenges and this calls for the need of the study on the problems that unless corrected might lower the production of the Four-Season Hotel.

Problems helps in determining the strengths and weaknesses of a business which when well-handled leads to improvement in the performance of a business. As a growing organization, Four Seasons hotel and resorts meets problems especially in the management.

The very first problem facing the Four Seasons hotel is the sense of expanding and moving to Paris. Another major problem faced is on how to renovate the building named George V.  Thirdly, getting employees for the hotel became problematic to the management team. The intangible adaptation in the culture direction becomes a problem too. Understanding the French labor laws becomes a challenge and a problem also to the managers. Lastly the process the F.S George undergoes in meeting the established local rules becomes a challenge to the Four Seasons Hotel.

Cause of the problems

The relocation of the hotel to Paris become problematic. Here the manager has to find the strategic position for setting the hotel, finding the employees solving ownership with the local government of Paris among others. The management begins looking at new deductions but finds in difficult to go to Paris. The intention of the manager is to build a hotel of their choice however this is not the case. Instead of setting up a new building for the new hotel in Paris, the managers chose to refurbish the George V. Hotel. The renovation process takes a period of over 24 months This long period is aimed towards the renovation which would make the people there to feel being in the best hotel. Before the renovation process begins, the managers are able to understand that it is problematic to renovate the F.,S George. This is because the local law demands that the Four Seasons should keep the characters of the original history of the Parisian landmark. (Hallowell, 2002).

The labor policy is much restrictive and this is making it more difficult for the Four Seasons Hotel to manage its employees. Therefore, the management has to find ways on how it will handle its employees in a better way that is in line with the strict labor laws. In addition, some of the basic and required standards such as attitudes, original norms, beliefs and the golden rules should be looked upon. Amendment should be carried on them so that the Four Seasons can maintain the on its global trademark and the significant core values. The local safety law in Paris demands that, trash and food should only be transported by use of different elevators and corridor. The ventilation system of the building should be perfected in that, there should be addition of more windows. This should however be carried under the law which highly gives the workers’ rights to work in a couple of hours in the window. In order to deal with the culture which has different characteristics, the manager has to find out a new mode of management that is able to deal with a national culture. For example, the European employees feels uncomfortable. This happens in the caser where they are conversing with the supervisors on matters related to their weaknesses.

In order for the four Seasons hotel and resorts to overcome the challenges that it encounters, it has to take some adjusting measures. This measure includes the following;

For the Four Seasons hotel to continue being the best, significant adjustment to the challenges and the problems that it is facing should be looked upon and amendment taken. For instance, in the relocation and renovation of the F.S George hotel, should be done in a way that is cheap so as to save capital that can be used to improve another area that is of interest to the customers. In order to counter the challenges that the Four-Season hotel faces, the board of management has to come up with plans that each member has to abide by. For instance, finding workers in Paris proves to be a challenge therefore the question for every manager is what is the simple method to solve this problem since the business has to run and it requires competent workers. The managerial team before relocating should sent some of their colleagues to conduct some research on the culture of the people of Paris, how to get employees for their business, where to locate their business and the likes. Determining these problems early could make the managers plan ahead on how to tackle the challenges.

Moreover, the managerial team should come with laws that are aimed towards achieving and maintaining its core values. In the issue related to the employees there should be a way to identify the relevant employees and who met the law expectations. The employees should however be educated on effective skills that with improve the standards of the company. In order for the manager to retain the employees it should make them feel part of the management board. This can be so through either laying laws that will make them take each other to be a brother or a sister. Making friendship with the leader in the authority will still ease the companies’ growth. For, instance in the taxation. ( Brown, 2002)

Business are highly involved in making decisions which are based on facts and evidences. These evidences enable the company to move ahead in making further decisions. The management board of the four hotels should look at the loop holes that are threatening the raise the continued certification of its customers and its development. Four Seasons hotel and resort is in the process of improving and in 2002 it owned 53 properties all in 24 countries. Every problem encountered have an answer and therefore it is much profitable to determine the threats involved in order to maximize towards its growth. It is believed that the name Four Season is given from the decisions that directors had while starting the hotel company. The decisions are laid towards coming up with hotels that will be comfortable for every of their customers (Barsky, 2002).

I need this for my report