Tourism, A tool for development: An Investigation of Potential of the Tourism Market in KPK Pakistan

Tourism is a terminology used for adventure of various world areas and it is an important source of income generation for the countries who adopted it through comprehensive policies.According to Khan, et al (2011, pp.2) tourism is considered as one of the most vastly growing industries in the world and it account for 10 % global GDP. Tourism acts as a source of income generation and employment creation. It is a source of foreign exchange earnings and growth for a country. Tourism brings capital formation in the country through the inflow of foreign exchange (Khan A. J., Syed, Zaman, & Ahmad, 2011).

“Tourism is deemed to include any activity concerned with the temporary short-term movement of people to destinations outside the places where they normally live and work, and their activities during the stay at these destinations” (The Meaning of Marketing in Travel and Tourism Part One) 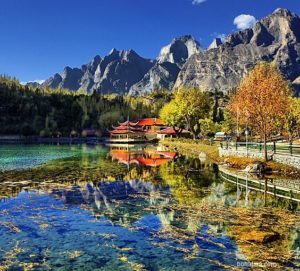 various seasonal variety and remarkable coastal area stretched about one thousand kilometer along the Arabian sea has a larger potential of tourism market. South region of Pakistan is laden with the culture of Indus civilization, north with Gandhara civilization and Punjab with great Mughal historical buildings with its archeological importance. It also contains the high mountaineering and trekking zones where the world,s four largest ranges meet and they are offering higher number of tourism development potential which will contribute towards the economic as well as infrastructure development of the country.

Pakistan has been gifted with the lush green beauty of nature surrounded by its northern areas where its Khyber Pakhtunkhwa (KPK) province resides.KPK is located in the north-west of Pakistan. Its total area is 74,521 square km. It is bounded by Gilgit-Baltistan on the northeast, Azad Kashmir on the east, and Punjab on the southeast.

A narrow strip of land belonging to the Federally Administered Tribal Areas (FATA) borders it to the south and directly below that is Baluchistan. KP and Baluchistan do not share a border. FATA lies to its west and Afghanistan to its northwest. The total population of KPK in 1998 was 17.7 million. According to the 2011 Census Bureau of statistics the population of KP was estimated to be more than 26.6 million. The main ethnic group in the province is the Pashtun or Pathan people; other smaller ethnic groups include most notably the Hindkowans, Dards, Chitralis Kalash and Gujjars.Nature has gifted Khyber Pakhtunkhwa with rich cultural and tourism friendly environment.

It has the potential of becoming a big tourist attraction in the world, due to its scenic beauty, geographical location, climate and natural resources. Khyber Pakhtunkhwa is exceptionally rich in terms of multitudes of tourist attraction. The essence of this attraction is visible from the remarkable natural picturesque comprising beautiful rivers, splendid waterfalls, spell-bound lakes mostly in the mountainous region and green valley’s in most parts of the province. Due to its geographical location, Khyber Pakhtunkhwa has had been a confluence of different civilizations which flourished and vanished with the passage of time (Tourism Corporation Khaber Pakhtun khwa,Pakistan).

Significance of the Study

The tourism industry can help to promote cultural harmony and stability in developing countries by providing jobs, generating income, diversifying the economy preserving the natural environment, and promoting cross-cultural awareness. Tourism is the fourth largest industry in the global economy (Honey & Gilpin, 2009).

The current study is intended to assess the number of development projects for tourism recreational sites for the gain of insight potential of tourism market of Swat district in specific and KPK in general pertaining to facilitation for tourist, job creation for local people and the income generation potentials.

This study would explain the perception of local people about the tourism.

It would also try to present the number of domestic tourists come persistently for the sake of enjoyment in folk events of this marvelous lush green district.

This study would enable the future researchers to gain an overview of the potential of tourism market during the post conflict development era of Swat valley.

It would help the policy makers to draw a sketch for the improvement in potential of tourism market of the region.In this study tourism would be displayed as a tool of development and be helpful for the ministry of tourism to reduce the challenges of the growth of the tourism industry as well as a source of secondary data for the public research programs.

Review of the Literature:

World travel& tourism council (2009) has shown that tourism is one of the speedily emerging industries in the world.It is an important means of income generation, job creation, poverty reduction, foreign exchange earnings and promotion of grass culture understanding and cooperation. Europe accounts for 50% of world tourism receipts followed by the Americans whose share is 26%. However, the share of South Asia in global tourism is only 1%. Tourism comprises several services, activities including transportations, hospitality, catering, entertainment and advertising (Khan A. J., Syed, Zaman, & Ahmad, 30 April 2011).

In less developed countries of sub-Saharan Africa, affected by extreme rural poverty, tourism is considered to be one of the few feasible options for development. Governments are generally of the opinion that tourism development will generate new jobs, enhance community infrastructure and assist in revitalizing the flaccid economies of rural areas ( Briedenhann & Wickens, 1-02-2004).

A modern kind of adventurous tourism occupying the international tourism philosophy evolved beyond the standard tourism sites to seek marvelous and unknown places, preferably in the developing countries. The adventure tourism industry places such people directly into remote cultural and natural settings. Its programs include mountain trekking in Nepal and Peru, river safaris in Papua New Guinea, bicycling through China, wildlife viewing in Africa and Antarctica, ,monastic tours of Tibet and nature tours to Central American rainforests. This recent form of international tourism is attracting the world tourists to the world tourism holistic pictures (Zurick, 1992).

In the field of tourism, Pakistan offers many footprints in the developing world. The historical and cultural heritage of the region presents a sample for glory of this significant land.

The country has various tourist attractions at Swat, Kalam, Malam Jaba, Shangla, Balakot, Ayubia, Murree, Chitral, Gilgit, Naran and Kaghan valleys. The mountains ranges, historical, and archaeological places in the other parts of the country. There are few places on the earth that possess the beauty of the northern region of Pakistan. Northern Pakistan is a model as a land of contrasts, unique in its inheritance of civilization

It has climbers, trekkers, mountaineers, hikers and unheeding hills, the flow of countless glacial hubs which attracts millions of tourists annually.

Few areas in the world offer such a unique blend of breath taking natural beauty and a rich diversity of culture, socioeconomic traditions, history and lifestyle as in the Hindukhsh-Himalayan region of Pakistan.

Furthermore Pakistan has a tremendous potential in the fields of echo and safari tourism( KHALIL, KAKAR, & ULLAH, Winter2007).

Swat is well known as the Switzerland of Pakistan. The river Swat is a clear water river starting from the Ushu rage of mountains to the spread of the valley of Swat. It is lies as one of the greenest valleys of the Northern Pakistan and is well connected to the rest of Pakistan.

The lush green and historic Swat Valley lies between 34°-40′ to 35° N latitude and 72to 74°-6E longitude and is part of the Provincially Administrated Tribal Area (PATA) of the North-West Frontier Province of Pakistan. The valley is an integral part of the strategic and significant region where three parts of the Asian continent South Asia, Central Asia and China, meet. The main tribes are Yusufzais,Pakhtuns, Gujjars and Orakzai (www.valleyswat.net).

Tourism is considered as important sector of income production and employment generation.

It could be said that it is source of income production in both formal and informal sectors. The first question arises is that what is the relationship between tourism growth and income production either is there a direct relationship or reciprocal relationship. Tourism led growth tends to occur when tourism demonstrates a stimulating influence across the overall economy in the form of spillovers and other externalities [Marin (1992)].

In the current study, researcher will use mixed method approach of both quantitative and qualitative research. It could be said that both strands of quantitative and qualitative research will be conducted separately to holistically understand the market potential of tourism in Swat specifically and in KPK generally. At the time of interpretation, both results of mixed approach will be inclusively added.

The research will be conducted in District of Swat. Swat district is comprises on 7 Tehsils and total 65 UCs. The district was selected due to high potential of tourism here and its particular reference with KPK which comprises Pashtun people or Phatans having different culture.

A multistage sampling technique will be used for selection of respondents to conduct research in that area. Both primary and secondary data will collected to comprehensive understanding of market potential for tourism in Swat.

Primary data will be collected by simple random sampling in the selection of four tehsils of Swat from total number of tehsils in the district, which are 7. Random sampling was used to select UCs from the selected tehsils. One UC will be selected from each selected tehsil. Total four UCs will be used to collect respondents for primary data collection purpose. These UCs will identify as strata’s for data collection. Respondents will be selected from each stratum randomly depending on the size of population.

As mixed method approach will be used to collect data. Survey will be conducted by making questionnaires as research tools.Questionnaires will be comprises both structured and non-structured questions. Indicators to define market potential of tourism of Swat will be defined and conceptualized first to make categories and then questions will developed from these categories. Pilot study will also conducted first to understand the stake holders’ need, upcoming barriers to conduct research and dig out hidden areas of potential of tourism market.

Qualitative research will be conducted with the help of interview guide. In-depth interviews and FGDs will also be conducted. 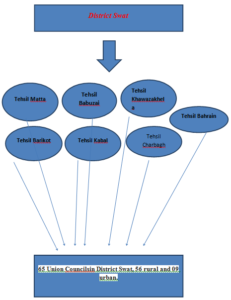 Strategic Role of HRM in Tourism and Hospitality Industry

The Advantages and Disadvantages of Starting a New Business