In his first tenure as president at Meade College, Blake Edwards experienced a rough 5 year term which was 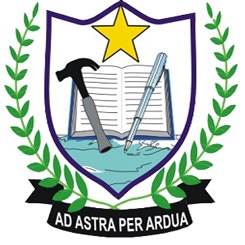 endowed with disappointments and pressure from within his administration. With a job so perplexing, his age was a factor to consider since he held the job at a very young age. His first task at that time was the agenda of the existing compensation plan at that time, which he approved as a member of a trustee committee that included post of provost, Compensation Sub-committee on Financial Affairs (CSFA), four trustees, two faculty senior members and the president and the chairman of the board ex officio. On a particular conference, the board overwhelmingly supported a disappointment in the existing compensation system and the president identified with the board siting that the compensation plan required a review.

A brief history about the compensation plan in the College starting in 1960s created capacity for the president to evaluate, determine and allocate remunerations to staff. The system was corrupt since it was entirely focused on seniority and not performance which made room for dormancy within the staff. In addition, the system awarded greater salaries for married men than women, inconsiderate of the fact that some of these women held senior positions than men. The major back up to this theory was that it was a time for marginal financial resources.

However, this had to change with the inception of a new president in the institution who adopted changes in the remunerations of staff. President Paul McKinney who formerly worked at University of California introduced a policy of standardizing salaries starting at the faculty levels.

Compensation Policies of Nor Quest College

The policies are put to book by the Human Resource Management department, they consider compensation of human labor a great responsibility for the following reasons:

With such an organized policy directive, the staff and entire labor movement would not have to collude with the CFA. An outline of policy plans cutting through both the administrative level and staff level creates a working environment for exemplary performance which becomes most beneficial to the college. Paul McKinney had the future of evolving the current compensation plans and policies and ensure that they were beneficial by endorsing changes as a vital partner of the trustee committee that was in charge of the revolution.

According to the management team in University of Texas, compensation of employees is manned by the Human Resource department which ensures that no conflict of salaries exist from recruitment and as the ranks go up. Similar to Meade College “step system” adopted in 1986 which was adequate and specific to allocation of increased percentage rates in the salary increment of staff. The increased was based on experience gained over time as well as performance driven analysis.

University of Texas divided their compensation plans into quartiles that were inclusive from new employees to experts in various fields. The quartiles solved compensation problems for its staff based on; applicant’s expertise, applicant’s academic qualifications, applicant’s previous salary allocation, core fairness and recruitment hitches. This is an indication that the move by Edward’s successor at Meade to create a peer compensation plan in 1999 was correct, just and fair since it eventually became a universal identity of most colleges and universities across the globe.

The theory of compensation accountability on the basis of performance has continued to be a major challenge. Relative to Meade College, history has it from a global analysis done in the year 1985-1986 that pay based on merit was controversial. The board chair at Meade, Phil Vogel, was in agreement with staff that compensation based on merit would cause unhealthy competition.

The system would violate the purpose of teaching-a vocation, and force staff to compete eyeing the price of salary increment. A call for division is the alarm that teachers would relate to by abandoning team work and purpose of mission of creating and developing skills in the students.

The issue of gender discrimination is not new to controversy in the labor segment especially in the 20th and 21st century. Implications of gender inequality are evident in the compensation policies across the globe where men are rewarded more than women on equal responsibilities. Social psychologists agree to this notion in addition to claiming that jobs that require skills from women are linked to lower salaries across the economic divide.

The move has led to bitter working relations in higher learning institutes where women experience challenges in the economic front such as inflation. Mary Scott, a long time faculty member at Meade College in the 1960s protested against the system of gender oppression and insinuation when compensation of women in the institution was the case. The institute considered men who were head of household, married men as well as men with children to enjoy higher compensation. This theory has gradually improved to support women as a report done by U.S Bureau of Labor Statistics in 2010 that indicated women earned 89 percent on equal basis with their male counterparts.

Peer comparison is an aspect that has brought change in both administrative and compensation strategies in colleges. The peer comparisons is based on facts relative to similar colleges in terms of average number of undergraduates, private or liberal colleges and the geographical relationship among colleges.

This comparison had a very positive feedback among faculty and staff at Meade College after a report released by the CSFA in 1999. The committee presented a tabulated Financial Comparison Group. Similar to Meade, 27 colleges in Europe adopted the system in 2000-2002 with a directive to ensure equality in compensation for lecturers in similar levels at the economic and academic front. Peterson the board chairman at Meade had a resolve to understand the rank at which they stood in appreciating, motivating and growing the schools’ faculty.

The major goal of every administration in a tertiary institution (colleges and universities), is to create a suitable working environment for their staff. Motivation among the staff is translated to excellence in academic leads among students.

However, the challenges in compensation require review after a short duration to reduce conflict between staff and the administration. Inflation reduces the purchasing power of the dollar and therefore with inflation should emanate adjustments to ensure that clash of interests in staff and various department is avoided.