While plagiarism is considered primarily to be associated with textual content, it has with time become clear that plagiarism is also an issue affecting graphic design. An example of a graphic design plagiarism case is the case of LeBron James artwork. The original image was developed by Tyson Beck, and art producer working with some of the world biggest sporting leagues including NBA and NFL. Mr. Beck’s work portfolio is available online and he usually posts his work. The original piece of art was named Face of Cleveland, was Beck’s personal work of art created in May 2015 but was not commissioned by the league. Figure 1 below shows the original Face of Cleveland.

The Australian Football League, in its multi-cultural round hired a marketing agency which highly replicated the Face of Cleveland artwork. As can be observed in the figure 2 below, Beck’s design is the basis of the promotion campaign by AFL. As described in the article by Ralph (n.p), the AFL design went way past inspiration and was a complete plagiarism of the Beck’s Face of Cleveland artwork. This plagiarism case can cost up to $ 10 000 if the artwork of commissioned by an external agency.

However, Beck did not consider suing the league for the plagiarism of his work because the plagiarized artwork was created by an external agency, he explained that he could be out of pocket for more than $10 000. The AFL, upon receiving communication by Beck of the issue, conceded that their promotion artwork was too close to Beck’s work and apologized for the wrongful rip off that had occurred. Beck did not sue the AFL as none of the organization’s employees had taken part in the plagiarism. 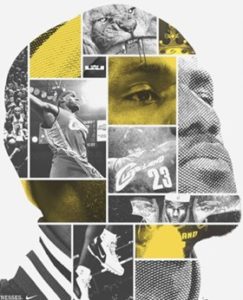 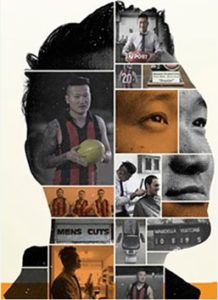