This study attempts to analyse the problems that have a risen in the blockbuster model of GlaxoSmithKline and how this company has attempted to diversify itself as a means of maintaining its high profit levels. The study covers patent challenges, shape of the pipeline, as well as share prices in order to come up with a proper analysis of effects of new strategies at GlaxoSmithKline. The paper concludes with a discussion of whether the new strategies that have been adopted by this company are working or not.

For most pharmaceutical companies in the modern world, there has been a reliance on heavily marketing their most popular products in such a manner that they ensured their continued profitability and this has created a situation where these products have become blockbusters. GlaxoSmithKline (GSK) has essentially been heavily reliant on this strategy and this has been to such an extent that its blockbusters have become its biggest revenue-earners. Despite the profitability of this business model, it faces many potential challenges and these put it at risk of becoming obsolete within a few years. This is because market demand will most likely turn towards better drugs while GSK will also be facing the problem of the patents to its blockbusters expiring. There is a need for GSK to develop newer strategies other than blockbusters in order to be able to survive the changing market dynamic once the patents for these drugs have expired.

While the blockbuster strategy at GSK has been so successful in the past, it is nearing a period where it is more likely than not to become obsolete. This is as a result of a diverse number of challenges which have made blockbusters less profitable when compared to the past few decades. Among these challenges is the decline in R&D productivity where only a single compound out of nearly 13 discovered enters the market after clinical trials have been carried out and this is a big blow on pharmaceutical companies such as GSK. Moreover, because of the need to make the public aware of newly discovered drugs that enter the market, it is essential for companies to commercialise it (Brown 1986). This takes increased funding and creates a situation where recent years have seen an increase in the costs of commercialisation for GSK in such a way that the processes of discovering, developing and launching new products have increased substantially (Geddes et al 2007). In addition, in recent years, patents to blockbusters have increasingly been challenged not only by smaller pharmaceutical companies, but also by governments and this has created a situation where GSK has come face to face with serious limits to the revenue potential of its products. The shorter exclusivity periods that have come about as a result of competition has seen companies develop similar yet cheaper drugs than GSK’s blockbusters which have received the approval of numerous governments across the world. This situation has increased pressures on GSK’s patent protections which have increasingly come under attack. It is for this reason that GSK has taken the initiative to adapt to the new business environment because without such adjustments, it might end up suffering serious loses.

In recent years, GSK has taken active steps to ensure that it moves beyond its old blockbusters to a more diversified product range. This strategy shows that GSK has come to the realisation that it cannot rely on its current business model and it has to create a more diversified product range since its reliance on blockbusters might become cumbersome especially with the loss of patent protection in the near future (Rockoff, Whalen, and Falconi, 2014). It is more likely than not that the loss of patent protection will lead to new players in the market and this might lead to GSK losing the advantage that it has had over the years; essentially leading to a substantial loss of revenue. The entry of new players in the market will create a situation where GSK will no longer be able to compete effectively considering that it will have lost its patent protections; some of which have already expired. New players often produce generic versions of drugs which ensure that they are much cheaper on the market; making it more difficult for GSK to compete with them for the market share. Another factor that has to be considered is that GSK has made some acquisitions in recent times as well as developing initiatives of collaboration with other companies in the industry to ensure that it takes advantage of external resources for the purpose of diversification. In this way, GSK can compensate for its lack of R&D productivity to such an extent that it develops newer products that have a significant impact on its revenues ensuring that the company remains stable (see fig.1 a and b).

GSK, as has been shown above, has to develop active collaboration and acquisition strategies in order to ensure that it takes advantage of emerging market conditions (Herper, 2012). This is especially because it does not have the necessary R&D productivity capabilities within its own structure to ensure that it is able to maintain its ambitious strategy. The result is that GSK needs new acquisitions to ensure that its product range is diversified enough in such a manner that it is able to access and corner untapped markets. These acquisitions will ensure that this company gains access to new pipelines which will compensate for its fairly weak ones in the long run. An example of such acquisitions is that of Domantis which GSK acquired for the purpose of ensuring that it expanded its biopharmaceutical business because it made up a very small percentage of its total business (Hirschler, 2014). Through these acquisitions, GSK can be able to weather the storm that is being created by its loss of patents because the diversity it will have gained through taking over other product ranges will make up for any lost revenues from its principal blockbusters. Moreover, through developing and increasing collaboration with external partners, GSK comes to have access to newer talent as well as innovation which ensures that it is able to develop newer and better products that are in demand within the market (Ravenscraft and Long 2000). Furthermore, as a result of collaboration, GSK is able to have access to the pipelines of its partners while also strengthening its own; thus enabling it to increase its market share while diversifying away from the blockbuster model.

The emerging markets as well as developing countries have a high potential of becoming new markets for GSK especially when one considers that this company has not taken full advantage of these markets before. Developing countries are increasingly becoming target markets as a result of different medical problems and their need to curb these problems before they become epidemics (Glazer 2004). One of the most significant diseases that have hit developing countries in recent decades has been HIV and many of their governments are willing to spend billions of dollars to combat it. GSK has seen an advantage in the markets within these countries and has stated its intention of collaborating with Pfizer to form a new company exclusively for the production of HIV medicine (Jack, 2009). In this way, these companies have chosen to collaborate, bringing together their different specialities, in a bid to create HIV medicines with developing countries as a target market; ensuring that GSK is able to increase its market share in the HIV business. By following this strategy, GSK is more likely than not to succeed in weaning itself away from blockbusters but this success can only be determined by the following criteria (Bill & Melinda Gates Foundation, 2012). The first of these is that it improves its financial performance regularly because this ensures that its new strategy has not been adopted in vain since the company remains profitable. Secondly, GSK needs to have the confidence of its investors in the stock market because this will determine whether there is an increase in its value or not. Thirdly, this strategy should be able to help the company to take advantage of all opportunities presented to it in the market while at the same time ensuring that it is able to weather any crises that may arise.

In recent years, the share price of GSK has shown a steady increase as the new strategy away from blockbusters has led to an increase in sales revenues as well as gross profits and this has ensured investor confidence (see fig.2). The rise in the share price has been as a result of the company’s taking advantage of all profitable opportunities in the market especially the increasing spending power of emerging markets, which has secured GSK’s presence within them (Hatch 2003). GSK has also taken advantage of global epidemics such as the H1N1 virus which have made possible the expansion of this company’s vaccine business to such an extent that it is receiving massive revenues from it as seen in figure 3. For example, in 2009, GSK was able to make slightly more than 600 million pounds through sales in the Relenza treatment for the H1N1 virus; revenues which show how such epidemics, although tragic, also offer ripe business opportunities for the company (Wighton, 2009). Despite the success of the GSK strategy, there has been speculation that it might only remain so for the short term, especially in emerging markets. This is mainly because emerging markets as well as developing countries, as a result of their need to protect their healthcare systems, have often taken steps to ensure that pharmaceutical companies lower their prices (Andrew, 2009). Furthermore, GSK has also had to face regulatory challenges in developing countries as in such a manner that some governments have taken direct action to impose price controls over pharmaceutical products (Katel 2013). Under such circumstances, GSK has to significantly reduce its prices in developing countries in order to remain competitive because to do otherwise would mean leaving a vacuum in these markets that can easily be filled by other pharmaceutical companies.

As a result of the increasing risks associated with its blockbusters, GSK has been forced to experiment with different strategies as a means of developing a new model that will ensure that it retains its profitability (Bourg and Phillips 2012). This is the reason why this company is slowly making a shift from an opportunistic approach to the market to a more focused one. In addition, it has taken opportunities to ensure that it forms partnerships or collaborations with other players in the industry so that it can strengthen its pipeline through access to those of other companies. Moreover, by taking a customer-driven approach, GSK has ensured that it focuses on those drugs that are in demand in the market rather than relying exclusively on those that do not have serious market demand; essentially cutting marketing costs. Finally, GSK needs to develop a strategy where each of its units is removed from central control and allowed to operate independently because this is the only way through which the company, considering its size, can be able to work more efficiently.

As has been discussed above, the blockbuster model has come to face so many challenges in recent years that it has forced GSK to attempt seeking new alternatives. In addition, the strategies that have been adopted by GSK in a bid to ensure its survival seem to have worked because this company has come to take advantage of collaborations, acquisitions, as well as access to markets in developing countries to reduce its dependence on blockbusters. In this way, this company has attempted to survive such circumstances as lower patent protections as well as weak R&D productivity and this has allowed for a reprieve although GSK needs to develop further strategies to adapt to the new market environment. 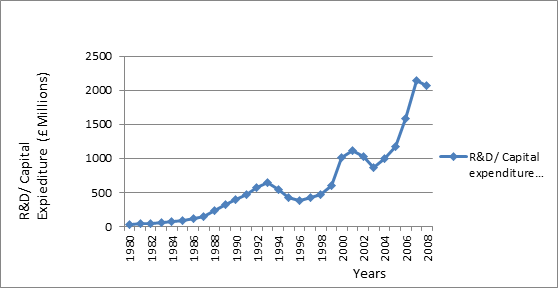 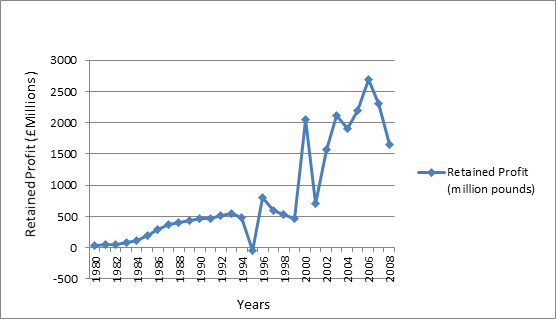 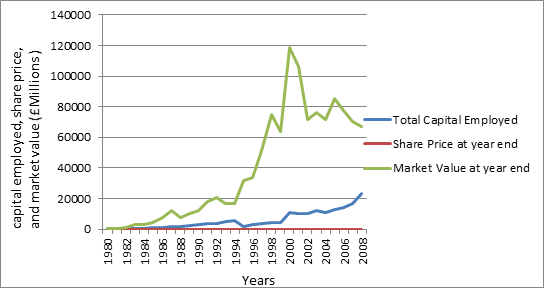 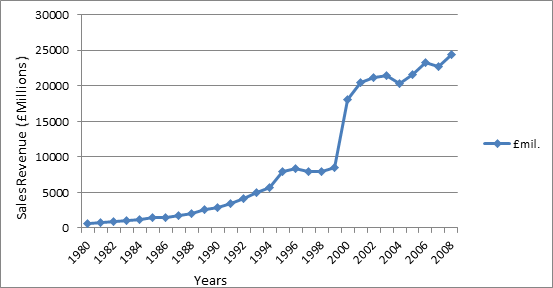