Ceasefire agreements are not a new exercise in Myanmar. Successive governments have pursued a plethora of peace initiatives in different forms since the fighting flared up at the beginning of the country’s independence from the British in 1948, which heralded sixty years of ethnic armed conflict. Before 1988, all peace efforts had resulted in limited success. Short periods of ceasefires fell apart as combatants resumed fighting under the rule of the Burmese Socialist Program Party (BSPP).

However, a new initiative for peace emerged after the military regime came to power in 1988. The State Law and Order Restoration Council (SLORC), a military government known later as the State Peace and Development Council (SPDC), replaced the BSPP after the military cracked down against the nationwide mass uprising in September 1988. 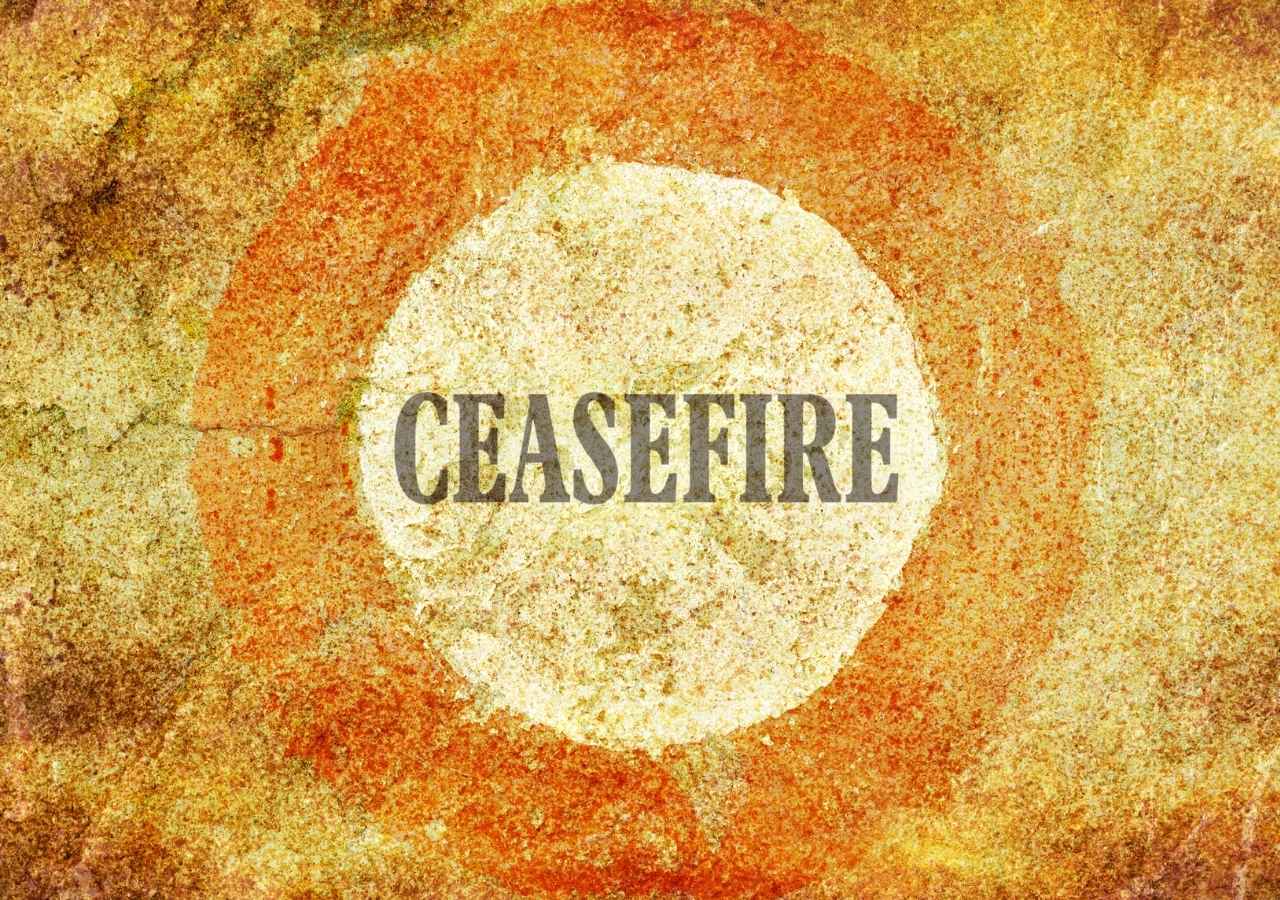 From 1989, the military regime pursued a new era of ceasefire agreements with armed ethnic groups. The Military Intelligence (MI), led by Gen. Khin Nyunt, negotiated ceasefire deals [1] with armed ethnic groups one after another, one year after the coup. The government reached ceasefire deals with a total of 40 groups before 2010 in different sets of unwritten ‘gentleman agreements. During that period, the government did not officially sign any ceasefire agreements except in the case of the Kachin Independent Organization (KIO). [2] At that time, the regime reasoned that an official signing of any ceasefire agreement was unnecessary between the government and non-state armed groups in an intra-state conflict since ceasefire agreements were signed only between two states. Although that reasoning might sound implausible to many observers, many leaders of the Tatmadaw in that period embraced that perception. Some Tatmadaw leaders still try to distinguish between civil wars and internal armed conflicts in the present peace process. Nevertheless, unwritten ceasefire deals allowed the armed groups to retain weapons and some extent of territorial control. While the government restricted the groups from recruiting and expanding armament in verbal agreements, it rewarded them with business privileges, especially in natural resource extraction industries, such as jade mines, mineral extraction and logging. In return, ethnic armed groups agreed not to discuss political settlements with the regime which it claimed was merely a ‘transitional government’. The regime argued that only the next ‘political’ government would be appropriate to discuss a political settlement.

The military government settled these ceasefires dealt with individual armed groups and refused to talk to the coalitions of groups to negotiate collectively. The regime, for that reason, was accused of applying ‘divide and rule’ tactics with the various armed ethnic groups. On the other hand, power politics among ethnic armed groups in the alliance was also the bane of disunity. Despite ethnic alliances, such as the National Democratic Front (NDF) and the Democratic Alliance of Burma (DAB) in the early-1990s, individual members of ethnic armed alliances decided to pursue bilateral ceasefire deals with the regime one after another. Leadership struggles within the DAB between the Karen National Union (KNU) and KIO resulted in KIO’s unilateral withdrawal from the alliance. Consequentially, the KIO signed a ceasefire agreement with the military government in 1994. The KNU , which stood in firm solidarity with border-based pro-democracy opposition groups, and the Restoration Council for Shan State (RCSS) became the only remaining major armed groups continuing their fight with the regime by the late-1990s. Historically, these ethnic alliances did not solidify their military and political influence in Myanmar’s opposition movement since the armed rebellion erupted in 1948. Factional characteristics of alliance politics among ethnic armed groups was one of the predicaments preventing armed groups from establishing more cohesive and effective alliances.

Despite the legitimacy crisis of the military regime, an emerging pattern of ceasefire deals between the government and armed ethnic groups brought about a new dimension of cooperation between the government and non-state armed groups. When the MI took charge of the ceasefire processes with armed ethnic groups, it nurtured considerable confidence with the armed rebel groups not necessarily because they considered Gen. Khin Nyunt a moderate. But the MI was able to maintain a good relationship with the groups. The MI was the primary institution connected with ceasefire groups and was empowered to make critical decisions concerning the ceasefire groups. Those decisions ranged from offering business concessions to exempting those groups from prosecution for criminal violations in some cases. The MI was the only primary institution that armed groups were required to deal with. Before the downfall of Gen. Khin Nyunt’s MI in 2005, the Karenni National Progressive Party (KNPP)[3] was the only group that broke the ceasefire and returned to fighting under the deal brokered and implemented by the MI. All other groups maintained their respective ceasefires with the government over two decades with a relatively small number of ceasefire violations. Compared to ceasefire processes in other intra-state conflicts, such as Sri Lanka and the Democratic Republic of Congo, Myanmar’s ceasefire deals under the military junta were relatively stable with far fewer violation incidents. Notably, ceasefire deals under the military government implemented without clear codes of conduct endorsed by both parties. Nor was any form of ceasefire monitoring established. Both sides, however, set up liaison offices to resolve disputes between two parties. Both sides of teams were able to more or less demarcate the borders of controlled territories. Technically, liaison and demarcation became two critical pillars to implement ceasefires under the Tatmadaw government. Moreover, most ceasefire groups established business companies inside the country and became large tycoons dominating the country’s economic landscape. Especially for the groups that were involved in narcotic trades and natural resource extraction industries, setting up business companies inside the country was a way to launder illegal money.

Business interests of ceasefire groups also became a critical underlying reason not to break ties with the regime despite distrust. Myanmar became the only country in modern history that maintained such an extensive period of ceasefire – over twenty years – between the government and non-state armed groups. In other words, the previous ceasefire was the most extended period of ‘negative peace'[4] in any modern intra-state conflict.

The ceasefire dynamic shifted in around 2007, especially after the downfall of Gen. Khin Nyunt and the MI. Intra- factional conflict within the military regime removed Gen. Khin Nyunt and his associates from power in October 2005. The purge also destroyed the whole apparatus of the MI and consequently hampered the ceasefire mechanism established between the government and armed ethnic groups. The debacle of the MI also paralyzed well-developed liaison communication between two parties meant for resolving crises. In the meantime, some ethnic armed groups were worried that the removal of the MI would jeopardize the existing equilibrium of the ceasefire arrangements. Growing distrust led some groups, including the United Wa State Army (UWSA), to accelerate recruitment and re-armament in 2007. Military Security Affairs (MSA), which replaced the MI, assigned a few senior staff to reach out to the ethnic armed groups to try to maintain friendly relationships. However, the newcomers needed time to build up their relations with ethnic armed groups and could not restore confidence to the previous level despite their attempt. Mistrust and concerns from both sides gradually escalated in the period from 2006 to 2010.

Another underlying element of this escalation was the introduction of a constitution approved in a questionable referendum in 2008. The regime was in preparation for a transition in 2010 and its leaders thought the existing armed groups under the current ceasefire deals would not be constitutionally legal. The government at this time considered that non-state armed groups should be transformed into the Border Guard Force (BGF) to become a part of Tatmadaw. By extension, these groups would be constitutionally legal. The BGF was a form of an armed unit that was neither militia nor part of the regular army. Some ethnic armed groups criticized that the governments planned to form the BGF to intended for undermining the command and control of existing commanders of ethnic armed groups.[5]

Contrary to conventional wisdom, the military government did not anticipate the total disarmament of ethnic armed groups under ceasefire deals. Nor did the regime expected the BGF to incorporate into the Tatmadaw fully. The military already understood that most ethnic armed groups would refuse disarmament. For the military leaders, the BGF was the way to resolve the discontent between reality and a constitutional requirement. The structure of the BGF did not exclude ethnic commanders. In all the BGF battalions, even up to the present, all commanders, including company commanders, are ethnic- minority leaders from previous ceasefire groups. Only three junior officers and 27 non-commissioned officers from the Tatmadaw included handling administrative functions in each BGF battalion. However, some groups, understandably, did not want to be integrated into the Tatmadaw without a proper political settlement. The government, nonetheless, considered that the BGF was a legal transformation of non-state armed groups into a military unit that was not in contrast with the provisions of the 2008 Constitution. For the Tatmadaw government, the BGF was an answer to accommodate the constitutional constraints and the intent of ethnic armed groups to maintain their weapons.

As Table 1 illustrates, there were 40 groups involved with some forms of a ceasefire or disarmament from 1998 to 2010. Out of 40, only 25 groups remained as armed groups that agreed to a ceasefire with the government by 2009. The rest of the armed groups that joined the process were either disarmed or incorporated into ‘People’s Militia’— paramilitary units composed of armed local civilians under the control of the Tatmadaw. The representatives of the Tatmadaw approached the remaining 25 ceasefire groups that had joined the ceasefire process. Out of 25 groups, five groups agreed to transform into BGFs, and 15 turned into the People Militia. Five organizations refused transformation either to BGF or militia. These five organizations were the Kachin Independent Organization (KIO), the New Mon State Party (NMSP), the United Wa State Army (UWSA), the Karen Peace Council (KPC), and the National Democratic Alliance Army (also known as Meila Special Region 4). Despite their refusal, the KIO was the only group which saw a return to open conflict with the military. The other four groups rarely experienced even minor clashes with the Tatmadaw after the ceasefire broke down in 2010. Despite the tension around 2009 and 2010, both the Tatmadaw and these ceasefire groups tried to avoid major clashes to maintain the status quo except in the case of the KIO where a series of minor incidents escalated to significant fighting in June 2011 which became particularly intense in December 2012.

In the perspective of the Tatmadaw government, the past ceasefire process was, to some extent, a success. Out of 40 armed groups that joined the ceasefire process, only five groups refused to integrate into any form of Disarmament, Demobilization and Rehabilitation (DDR) in the last 23 years. Only two ceasefires with the KNPP and the MNDAA collapsed in over two decades. The rest were either disarmed or integrated into the Tatmadaw’s command structure. It was numerically significant.