For nearly 60 years, Burger King has served flame-broiled hamburgers at an affordable price. In this sense, the fast-food chain best known for its over-sized sandwich has been nothing but consistent. This paper will examine the image changes Burger King has undertaken in an attempt to reverse recent profit losses. Reasons for Burger King’s struggles will be discussed, namely its lack of vision and frequent leadership changes. 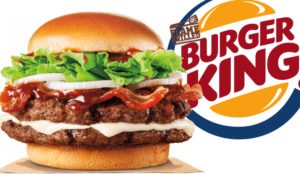 Also Study: How To Write a Case Report

The history of Burger King marked approximately 20 changes in management. The changes in short term span affected organization focus over goals and objectives, affected brand image adversely and lacked consistency in operation. This paper examined how a lack of vision and constant leadership changes factored into the need for Burger King’s recent image and marketing makeover.

Burger King was originally known as Insta-Burger King. It was founded in Florida in 1953 by Keith Kramer and Matthew Burns before they had financial difficulties and sold the company to its Miami based franchisee, James McLamore and David Edgerton in 1955. The new owner renamed the company to Burger King. The first Whopper sandwich was introduced in 1957. The company again was sold to the other party, Pillsbury Corporation during their expansion exercise to 250 locations in United States.

In 1989, Pillsbury Corporation was sold to Grand Metropolitan, which in turn merged with Guinness to form Diageo, a British spirits company. Diageo’s management neglected the Burger King business, leading to poor operating performance. The business was damaged to the point that major franchises went out of business and the total value of the firm declined. Diageo’s management decided to divest the money-losing chain by selling it to a partnership private equity firm led by TPG Capital in 2002. The company became re-energized by a series of promotional campaign and activities created by the investment group. In May 2006, the investment group took Burger King public by issuing an Initial Public Offering (IPO). The investment group continued to own 31% of the outstanding common stock.

As of June 2010, the company owned or franchised 12,174 restaurants in 76 countries and U.S territories, of which 1,387 were company-owned by franchisees. Of Burger King’s restaurant total, 60% were located in the United States. The restaurants featured flame-broiled hamburgers, chicken and other specialty sandwiches, french fries, soft drinks, anf other low-priced food items.

The fast-food hamburger category operated within the quick service restaurant (QSR) segment of the restaurant industry. QSR sales had grown at an annual rate of 3% over the past 10 years and were projected to continue increasing at 3% from 2010 to 2015. The fast food hamburger restaurant (FFHR) category represented 27% of total QSR sales. FFHR sales were projected to grow 5% annually during this same period. Burger King accounted for around 14% of total FFHR sales in the United States.

Burger King competed against McDonald’s, Wendy’s, and Hardee’s restaurants in this category and against regional competitors, such as Carl’s Jr., Jack in the Box, and Sonic. Indirectly, they also competed against the QSR restaurant segment, including Taco Bell, Arby’s, and KFC. Although the restaurant industry as a whole had few barriers to entry, marketing and operating economies of scale made it difficult for a new entrant to challenge established U.S. chains in the FFHR category. The QSR segment appeared to be less vulnerable to a recession than other business as proven during the quarter ended May 2010, both QSR and FFHR sales decreased 0.5%, compared to a 3% decline at both casual dining chains and family dining chains. The U.S. restaurant category as a whole declined 1% during the same time period.

Apart of all the above, America’s increasing concern with health and fitness was also putting pressure on restaurants to offer healthier menu items. For example, one county in California had attempted to ban McDonald’s from including toys in its high-calorie “Happy Meal” because legislators believed that toys attracted children to unhealthy food.

Approximately 90% of Burger King restaurants were franchised, a higher percentage than other competitors in the fast-food hamburger category. Although such a high percentage of franchisees meant lower capital requirements compared to competitors, it also meant that management had limited control over franchisees and limited ability to facilitate changes in restaurant ownership. Franchisees had also disregarded their aging restaurants.

Some analysts felt that Burger King may have cannibalized its existing sales by putting too much emphasis on value meals (where there will be one price for a mix of foods offering such as cheeseburger, fries and a glass of coke). in 2009, Burger King was sued by its franchisees over the firm’s double-cheeseburger promotion, claiming that it was unfair for them to be required to sell these cheeseburger for only $1 when the cost $1.10.

Hardee’s, Carl’s Jr., Jack in the Box, and Sonic. Internationally, Burger King also has to compete with small fast food restaurants who offered similar menus but with local taste. Other than that, they also are indirectly competing with other restaurant in the same QSR segment but with different menus (substitute product), namely Taco Bell, Arby’s, KFC and Pizza Hut.

Concerns about personal and family health fuel the trend toward healthier living, contribute to the declination of the sales of some menus such as Steakhouse XT burger. This issue has putting pressure on restaurants to offer healthier menu items.

The Quick Service Restaurant (QSR) segment had grown at annual rate of only 3% over the past 10 years and was projected to continue increasing at the same rate of 3% from the year 2010 to 2015.

Burger King is the 2nd largest fast food hamburger restaurant chain in the world as measured by the total number of restaurants and system-wide sales.

High percentage of franchise restaurants provides Burger King with a strategic advantage because the capital required to grow and maintain the Burger King system is funded primarily by franchisees.

Burger King had a long term exclusive contracts with Coca Cola and with Dr.Pepper/Seven-Up to purchase soft drinks for its restaurants.

60% of Burger King restaurants located in US soils only. Their presence in certain part of the world ie Asia and Middle East is considered very weak as compared to their main competitor McDonald’s.

Burger King should take advantage of the current situation where people are more concern on their health by offering and introducing products with healthy elements.

Burger King’s ever-changing leadership undermined its ability to establish and communicate a consistent and motivational vision to its franchisees. This lack of direction and mission bled into the public sphere, causing consumers to be confused about Burger King’s image. These failures may result in declining profits.

The industry has low entry barrier, making it saturated with numbers of fast food restaurants with similar products offering.

What Burger King needs is probably a new marketing campaign that focus on the demands of the current market. The new marketing campaign must also be supported with products that clearly provide a mix of healthy ingredients. The marketing campaign must be able to reach certain target group for certain products. At times like this where the community are more concerns on their health; they will think more of their family and protection against having high calories food. In short, Burger King must be able to create a product that caters the community concerns and needs.

As stated in this paper’s introduction, Burger King’s financial struggles begin with its failure to establish a clear vision. Through its constant ownership changes, any chance of these powerful teams being established was negated. Burger King’s ever-changing leadership undermined its ability to establish and communicate a consistent and motivational vision to its franchisees. This lack of direction and mission bled into the public sphere, causing consumers to be confused about Burger King’s image. What Burger King needs is a stability in leadership, who can articulate clear vision of the company and compelling picture of a future condition that the staff and franchisees feel committed to achieve.

In order to strengthen its presence internationally, Burger King must be ready to venture into the other part of the world that has high potential such as Asia, Middle East and Eastern Europe. US market is almost saturated and the competition is quite stiff. Successful of the is strategy will surely be marked by increase in profits.