Home > Projects/Reports > What are the Chinese Interests at Stake in Xi’s Upcoming Visit to the U.S., and What Strategy Should he Pursue it?

What are the Chinese Interests at Stake in Xi’s Upcoming Visit to the U.S., and What Strategy Should he Pursue it?

Since the 1940s, U.S.-China relations have often been rocky at times because of conflicting interests between the two world powers. Currently, there is tension between the two countries regarding China’s vested interest in the South China Sea and allegations over Beijing’s hacking into U.S. federal government server. However, China’s President is expected to visit the United States, and this can set the stage to resolve any existing tension between the two countries. On the other hand, the Chinese interests that are at stake during President Xi’s visit to the United States range from improving bilateral, economic, and military to military relations. China also stands to gain from the holiday in terms of discussing global and regional issues and resolving differences (Kissinger, 2012).

It is over three decades since the U.S. and China established diplomatic relations; however, the relationships there are also occasions when tensions arise between the two nations. This is particularly the case where a renewed American interest in Asia occurred during China’s rise to hegemony in the region. Previous governments, like those of Taft and Wilson before the Second World War, did not consider Asia to be of key strategic significance to the United States, instead of concentrating their efforts on the European theatre (Green, 2014). This stance, however, changed after the Second World War, where the United States ended up getting involved in Asian affairs, especially in the Korean Peninsula, Vietnam, Japan, and to a certain extent, China. Over the last four decades, China has seen tremendous economic growth, which has been accompanied by an increase in its military capabilities, and this has led it towards challenging American dominance of the region. In this regard, the relationship President Xi needs to pursue is not influenced by strategic rivalry. In essence, President Xi needs to continue a relationship with the United States based on healthy competition, cooperation, and constructive management of differences or disagreements. On the other hand, interests between the two countries may overlap, and the visit is an opportunity for President Xi to solidify cooperation between the two world powers. Among the benefits that Xi can pursue during his visit to the United States include, for instance, economic prosperity, discussing the tension on the Korean peninsula and other areas that the two countries tend to disagree. While it appears that cementing bilateral relations between the two countries is impossible due to conflicts of interest, it is clear that both U.S. and China need each other to improve their economies. At the other side, the United States wants to understand China’s contribution to the Asia-Pacific (Shen, 2012). 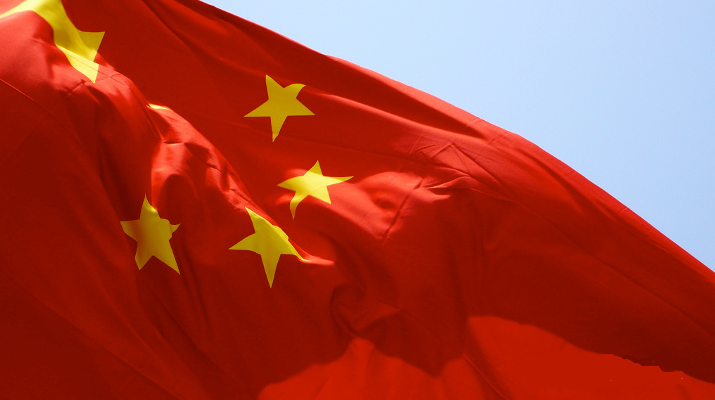 Improving relations with China also requires the United States to adopt an approach that is not aimed at containing China. Over the last century, the relationship between the United States and China has been characterized by the former’s lack of understanding towards the latter. For the most part, the United States has failed to realize the Chinese ‘s aspirations and has often seen it either as not being critical enough in its strategic interests or as a rival that needs to be countered. For its part, China needs to use President Xi’s visit to the United States to convince the world that, when dealing, for example, with its neighbours, it must uphold basic rules and standards. China can also use the visit to promote the establishment of regional institutions to help foster cooperation between the two countries without regard to competing interests. The S&ED also noted (Strategic and Economic Dialogue) is an opportunity for China to raise the significant issue that they feel need to be resolved to improve the bilateral relations between the two countries. As regards ensuring that both countries pursue a cooperative and constructive relationship, S&ED is vital for China and the USA. Through the S&ED, China will set goals for developing bilateral ties and addressing issues of mutual interest. As an emerging power, China has a role to play in addressing regional problems in the international sphere. China ‘s President can also use the visit to explore how to move forward concerning hastening global economic recovery. Further, President Xi can also use the tour to consult with his counterpart from the United States how to deal with global challenges, for instance, cybersecurity and counterterrorism (Shen, 2012).

Since the U.S. and China are the two countries’ largest economies, there is a need to tackle the trade imbalance between the two countries. President Xi needs to take advantage of the visit to improve bilateral engagements. However, the tension between the two countries emanates from China’s reluctance to undertake economic reforms to ensure the trade imbalance between the two countries is reduced. The President can also use the visit to discuss the friction brought about by its policies that appears to impact negatively on U.S. companies in China. The appointment is an opportunity for China and the United States to fast track bilateral investment treaty negotiations that will benefit both economies. However, the Chinese interests that are at stake as a result of the visit include, for instance, the United States’ demand that China embraces a market-determined exchange rate. Besides, the President of China will have to deal with issues such as accommodating more U.S. businesses and developing a regulatory regime that is more transparent. Conversely, the strategy that President Xi needs to take in trade negotiations with the United States should on the benefits that both countries can derive by making trade concessions (Kissinger, 2012).

The President can use the visit to discuss areas where both countries can cooperate to reduce risks. Further, the President of China can use the tour to improve high-level engagement between the two countries. In the post World War II era, a determined American strategy was established to ensure that there was almost total American dominance over the Pacific (Green, 2014). The result was that the United States developed significant military assets in the region, especially in Japan and South Korea, to secure its interests in the area. This strategy has become strained in recent years due to the rapid military development of China. China’s military expansion has often been treated with suspicion; however, the visit provides an opportunity for China to address concerns by the United States regarding its military spending and modernization. Being transparent with China’s military development will ensure that the United States understands the motivations of China’s military growth. On another note, President Xi also should expect the United States to raise concerns regarding its military manoeuvres in the Asia-Pacific Region. This is in light of China’s growing interest in the South China Sea. The South China Sea is an area where many of America’s allies in the region have interests, and China’s assertiveness has come to be considered as a threat, especially by such countries as the Philippines and Japan. The rise of Chinese nationalist policy in the region has caught many countries in part, especially the United States. The result has been that the United States has sought to adopt containment as a means of breaking Chinese assertiveness, a policy similar to the one which was passed against the Soviet Union during the Cold War (Green, 2014). Conversely, the United States also has its strategic interests in the Asia-Pacific region, and cooperation military wise will play a role in reducing tension between the two nuclear powers (Shen, 2012).

Dealing with Global and Regional Issues

China today is considered to be the world’s leading energy consumer, and this raises concerns regarding the country’s effort to reduce its carbon footprint. However, it should also be noted that the United States has a similar challenge. In this regard, the two countries appear to share a common interest, and China’s President can use this opportunity to explore with his counterpart alternative ways of reducing their carbon footprint. In essence, the visit is an opportunity for President Xi to improve cooperation with the United States regarding climate change, energy, and how to improve environmental protection. On the other hand, China has an important role to play when it comes to proliferation challenges. For instance, China’s influence in North Korea can help denuclearize the Korean Peninsula (Shen, 2012).

Further, the President’s visit to the United States will provide an avenue for both sides to discuss how to advance shared goals concerning the challenges facing, for instance, the Korean Peninsula. Besides, the rise of China in Asia also requires cooperation with the United States that also has a strategic interest in the region. This will help reduce tension between the two powers and ensure peace and stability in the part (Shen, 2012).

As such, President Xi’s visit to the U.S. can be a starting point for initiating dialogue on how to resolve the South China Sea dispute (Kissinger, 2012).

While bilateral relations exist between the U.S. and China, tensions have emerged from time to time due to differences on how to tackle various global issues. However, the United States and China need to improve their cooperation in addressing global challenges. In this regard, President Xi’s visit to the United States is essential in terms of ensuring that the two world powers develop common ground on how to address global challenges and improve their bilateral, economic and military relations.