Bohat ALA
Home Projects/Reports Why People Move to Central Florida

Why People Move to Central Florida

Why People Move to Central Florida 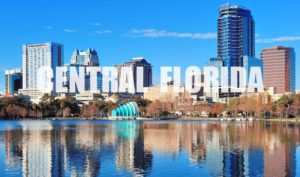 More Americans are moving to Central Florida than any other state. Central Florida is located at the southern tip of the United States. It is also known as the sunshine city. The region attracts a size able number of both retirees and young people. The low cost of living and the balmy weather attracts the largest group of movers to this state (Sperling, Bert, and Peter, 2006). The number of people who move to the state exceeds the number of residents of the leave Central Florida for other states. Last year, the state experienced a net inflow of 108,985. 546,501 people moved in while 437, 5176 residents left (Sperling et al., 2006). Central Florida is home to a majority of outsiders. The state host 44 percent of the population who were born in other countries. According to Stefan Rayer, a population specialist, a majority of the outsiders are attracted to the good job opportunities and large metropolitan areas (Sperling et al., 2006). These exciting facilities make the country attractive.

Central Florida has unlimited recreational activities which are breathtaking. The natural treasures range from natural springs to hidden water caves (Erisman, 2007). The state also has the largest subtropical wetland known as Everglades. These natural features provide for a thousand of activities where people can spend their time hiking, bird watching, and biking. Central Florida is a home to some of the finest beaches in the USA (Sperling et al., 2006). Such beaches include Miami, Winter Park, Miami, Pensacola, and Alachua. Being in Central Florida is glorious. The many beaches available in Central Florida also make it home to several cruise ports. Some of the ports include Jacksonville, Miami, Port Canaveral and Tampa among others. Such ports allow residents who love cruising to save a lot of money on airfare (Sperling et al., 2006). The presence of the ports in the country allows people to travel wherever they want easily. As such, you can enjoy life to the fullest whether you are a student, a family, and a newlywed.

Central Florida has so much to offer for both the tourist and residents. The presence of bigger cities such as Orlando, Miami, and Jacksonville provide something for everyone. The state is a home to ten professional sports teams, collegiate teams, and minor leagues (Erisman, 2007). Such teams include Miami Heat, Orlando City Soccer Lions, Tampa Bay Rays, Florida Panthers and Tampa Bay Buccaneers among others. These teams organize sporting events making people never to get bored while in the country. Some cities such Cedar Key, Fort Myers, Titusville and Steinhatchee, provides fishing opportunity for residents. Florida is home to antique-friendly towns and plethora of flea markets. Such areas include Mount Dora, Lake Wales, Lakeland and Winter Park among others (Sperling et al., 2006). As such, the state provides a variety of antiques to suit individual taste.

Living in Central Florida is cheap. However, it not the cheapest state to live. Central Florida provides an opportunity for people to access a majority of the things they need (Sperling et al., 2006). The residents of Central Florida do not pay state income tax. In addition, they pay a sales tax of 6.5 percent which is considered the lowest in the United States (Erisman, 2007). The winters in Florida are relatively mild. As such, the people do not spend a lot of money to acquire winter clothes. Besides, residents of the country do not require much energy to warm their homes during winter. There are several new homes in Central Florida. In addition, the homes are cheap compared to other states in the United States (Sperling et al., 2006). The newly available homes can fit the budget of any individual and their desired lifestyle. The home providers provide residential places to conservation vistas, front porch, and golf course living. As such, people have choices to make before deciding to settle on their dream home.

In conclusion, Central Florida has remained one of the best destinations for people from other states. The suitable temperature and weather patterns make it attractive for retirees and students who want to pursue their education.