The year 2011, on 15th August, witnessed the potential of Google acquiring Motorola Mobility Inc. (MMI) (Kumar, 2012). This agreement for the merger was a total of about $12.5 million offer from Google Company. The merger happens to be vertical since it is the software provider or supplier, acquiring Motorola Company that is the hardware client (Melka & Shabi, 2013).

Circumstances Leading to the Merger

The merger or acquisition of Motorola by Google took place due to several potential circumstances. Firstly, the android operating system of Google had a pending case in court filed by Microsoft and apple due to pertinent infringement. As a result, Google decided to seek access to MMI patents to ensure the independence of the company as a separate entity. 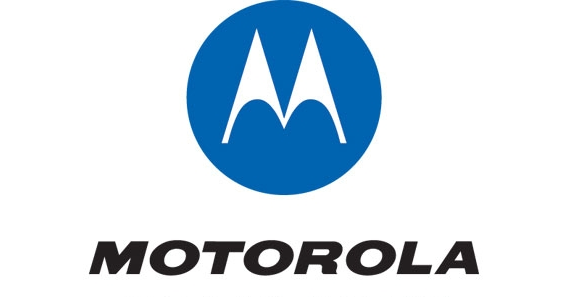 The other reason for the merger is that Motorola happens to be a big player in the market for manufacturing phone hardware. Their android phones made a significant positive impact on the market in terms of success achievement. Therefore, the decision to join hands with Google had a potential impact of increasing its rank in the business industry (Kumar, 2012).

The year before the acquisition, Motorola witnessed very high sales in the smartphone sector.

The increase attracted Google to for several reasons. The major reason, however, is that Google Company had a great chance of increasing its smartphone share market (Kumar, 2012).

The Motorola Company had made development and launched numerous breakthrough products over time. It was the first company to bring portable phones to the market. Therefore, Google hoped to benefit from technological advancement and innovations. This realization was a significant push factor in the acquisition of MMI. Finally, the integration of the two companies will have the opportunity for the provision of complete quality mobile phones in the market. Thus, they will be able to compete favourably in the market with other top key players in the industry.

Impact of the Deal

The two companies working together had to accelerate the innovation factor and choice in mobile computation. The two companies had potential in their respective sectors before the merge. Motorola, for instance, is good at mobile devices, whereas Google is best at soft wares. Therefore, the customers will tend to have maximum benefit in cost as they are likely to enjoy low-cost products (Melka & Shabi, 2013). Also, they will get high-quality products since the combination of both companies’ ideas will bring high-quality products to the market. Google alone earns many profits from the advertising business. Concerning this, the acquisition of MMI will be profitable as MMI also made quite well before the merging took place.

The accruing benefits such as the development of the next-generation mobile phone computing were also a potential expectation. This included the delivery of services such as Motorola cables and TV boxes (Kumar, 2012). The main intention was to compete with other phone development companies and bringing advertising services to the reach of most people. The move also aimed at the development of designs to comply with the government institutions regulations and the company needs. The objective would enable Google to compete favourably with competitor firms like Apple and Samsung, with the emphasis being on Apple.

Structure of the Deal

Differences between the two companies combined and the merger company

Whereas the two companies were initially independent, the merger company has the element of dependency on the two first companies (Melka & Shabi, 2013). This is because it cannot succeed in the market alone. All sections of the merger company have to work together for mutual success as a single entity. Also, initially, the two companies produced different products in their separate companies. Google, for instance, specialized in advertising and software production while Motorola had a concentration in the production of mobile phones. The merger company, however, is to produce products with a relation in terms of their use. They have a combined effort to deliver powerful results integrated to come up with a perfect idea (Kumar, 2012).

When a merger takes place, some reorganizations take place in potentially all companies to reflect the change (Kaputa, 2012). These reorganizations are to improve the efficiency of the operations of the merged company. The human resources management of the initial companies had undergone new management changes since there is the need to maximize profits. Some have to quit while others have to be posted to other sectors. In the case of Motorola and Google companies; however, the merger was not necessary.

The main reasons for is that the two first companies were dealing with different and unrelated products. Therefore, they had to retain their professionals to guide on various potential decisions of the merger company. The professionals had initially gained experience in their companies that not related with the merging company. The two organizations ought to have kept the expected personnel. This move would serve to assist the new merger company in coming up with ways of succeeding with experience from both companies (Melka & Shabi, 2013).

The changes were also not necessary if one considers the time they are effecting time. This is because, at the time, the essential need of the company is to come up with strategies of improving the company’s potential and competitiveness. The sudden chance of tasks with time, therefore, harms the performance of the new company Herrick, D. F. (2012). People will not have adequate time to learn about new opportunities and even cultures of the initial employees. The culture within any organization is essential in determining how the organization will perform.

In conclusion, mergers are necessary for any economy. They contribute to having competitiveness and high-quality products from the market. The integration of ideas to come up with reliable results in terms of customer satisfaction it the driving force of mergers. They assist significantly in having a stable economy and various vibrant trades. Coming up with a merging plan is a process which is involving. Since the trustworthiness credit, cannot be given to any person, then it becomes necessary to hire experts to guide in the formulation of rules to govern the two merging companies. These persons involved, lawyers in most cases, act as links between the two persons just in case of disputes.