Home > Subjects > IT/Technology > What is Types of Cybercrime

What is Types of Cybercrime 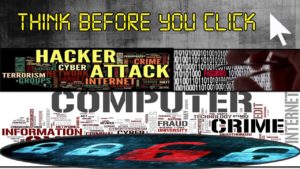 Cybercrime is growing at a very fast pace in the world today. There are many more criminals surging up and exploiting the convenience, speed, as well as the anonymity of the use of the Internet for the purpose of committing different types of criminal activities that have no bounds. Today we experience different kinds of cybercrimes that had made many businesses go moribund and even innocent users of the internet have encountered different losses of large amounts of money, properties, and even lives. There had been different definitions to explain basically what cybercrime is.

In a simple term, Cybercrime is referred to as computer crime and it is described as the use of the computer system as a tool to perpetrate illegal activities, such as fraud, stealing identities, trafficking through child pornography, violating privacy, and intellectual property. (“Encyclopedia Britannica, 2015”) The computer system had grown very far, and its uses cannot be overemphasized. We can’t do without it and therefore we are prone to the risks involved in its uses. Since cybercrime is against the laws of any country, it is important to understand the types of these crimes, its impacts, and what to do if peradventure anyone encounters it.

Cybercrimes were born out of computer technology. Many of the crimes associated with cybercrime had existed before today. It only becomes cyber because it involves the Internet, but they still exist as criminal and illegal offenses. Most cybercrime is an attack based on the information of an entity, such as individuals, governments, or organizations. The attacks that occur are not physically coordinated, but are more based on informational features that describe the people or organizations on the Internet. This implies our personal identity is very important to us and we shouldn’t take them for granted.

Cybercrimes are based on nonlocal character. Actions can take place through making decisions at separately distant geographical locations. This then becomes a very difficult case for the law enforcement to handle, since local or national crimes require international cooperation before any jurisdiction can be taken on the criminal involved. Cyber criminals work is that they try to leave clues and some related information as to their location and even identity, just to make them feel they are real and for just anybody to really believe they are real people. However, in order to understand more details about cybercrimes, it is necessary to understand the types of cybercrime.

Cybercrime ranges through different activities, and they are crimes that breach personal or organizational privacy, this could include assaults on the information integrity and the use of illegally provided digital information to blackmail an organization or personality. Other crime related crime includes identity theft, fraud, digital piracy, child trafficking in pornography, counterfeiting, as well as money laundering. Many of these crimes are specific to the victims who fall for the craftiness, but those criminals who perpetrate these acts hid under relative anonymity as provided by the Internet.

This includes those strategies to defraud users and consumers on the Internet. The commonest of this crime is the Nigerian scam which violates the Nigerian law. The strategies used involves innocent users receiving an email stating categorically that the sender needs assistance in the transfer of a large amount of money out of his home country or a far country. The messages often request the recipient to help in the completion of the cost of moving the cash out of his home country so he can return the money to the recipient in a larger fold in the future. If this communication occurs and both agree, then the sender becomes faced with serious complications and would tell his recipient to provide more money. Many victims have lost thousands of dollars, which they never recovered again.

This is a common practice in the United States, where criminals use information on stolen credit card making a huge transaction by reconstructing that person’s identity. They do this by obtaining as much information they can obtain about the owner of the credit card, whether it is owned by an individual or a firm. Sometimes, they sell this information to those who need it. Other times, they use credit card information to create an identity for other criminals too. If the driver’s license is stolen, they can use it to create a new Social Security card which could give them access to receive bank loans through a new bank account.

Criminals keep developing many new ways of getting into the user’s account. Through providing a personal identification number (PIN) at the ATM machine, criminals can intercept the data on the card’s magnetic strip and even the user’s PIN. When this information is read, they use it to develop fake cards that are later used to withdraw cash from the person’s account without their notice.

This involves a highly programmable application that transfers funds from organization accounts or individual account. It was developed by Vladimir Levin and a study shows that he used this innovation to transfer about $400,000 from Citibank, but was later caught when he wanted to withdraw. The processes in this type of crime had not been disclosed up till date, and till now, it is still a worldwide issue unsolved.

This is a breach into the computer network through some computer programming. Hacking was a good activity that made many programmers good computer security architects. But in recent years, hackers now badge into the security system of many organizations and pilfer documents of importance to such organizations. Many of these hackers share what they steal with their peers to earn a trophy in order to prove their boasts. The first hacker was Kevin Mitnick, a 17-year-old, who invaded into the North American Aerospace Defense Command (NORAD) computer. Since then hacking had been a big issue that affects many organization’s securities and the organization tries not to inform the public about the problem to secure them against any form of embarrassment or future security breach.

This is the process of using current technologies to exactly create values of the same kind such as currencies. Many surveys have shown that the recent ink-jet printers can also print currencies that would look exactly as the real currencies in the United States. A study also showed that counterfeit currency was accounted on an average level around 1997 with the use of ink-jet printers. Measures have been taken to stop this act. Although it is still a crime that continues because many criminals still try to create counterfeit materials and values owned by individuals or corporate organizations.

This crime is described as the breach into websites to stop them from operating. A 15-year-old Canadian boy who is a hacker was able to stop many e-commerce websites from operation, this includes eBay.com and Amazon.com. He attacked their websites through computers from multiple locations and shut down their websites. This is a denial of service attack that can affect and it is also a cybercrime.

This is a cybercrime that is related to hijacking the website of an organization or even the government through hacking. This crime is usually committed as a result of a protest over the imprisonment of their other hackers. Many websites had been hijacked and hacked due to such kinds of protest. For example, the New York Times’ website was hacked in 1998 by those who were in support of hacker Kevin Mitnick when he was jailed. Many hackers continue to use their skills to protest for any incarcerated hackers.

Other types of cybercrimes include cyber-bullying that involves abuse, threats, or blackmails.

Impact of Cybercrime on the Society

Cybercrimes have caused so many havocs to many users of the Internet, as well as businesses that have collapsed, and other risks and damages these criminal acts have caused many organizations. Cybercrimes have also had a great effect in the economy of many nations. The level of awareness carried out by the government to reduce the negative impacts of these criminal acts on innocent users of the Internet.

The impact of these crime rates is so huge on the society. A report from the UK National Hi-Tech Crime Unit (NHTCU) analyses an estimate of the cost in which high-tech crimes for the companies in the UK was at a minimum of $4.61 billion in 2004. The USA Treasury department has also declared that cybercrime is now more prevalent that illegal drug sales netting close to US$105 billion in 2004. (Obaid & Alkaabi, 2010 )The US economy had also suffered from this impact and lost about $525.5 million, with large complaints from Internet users in 2012 surrounding impersonation email scams, scams attempting to extort a large amount of money from Internet users and intimidation crimes.

Cybercrime had affected so many nations’ economy and this had made many of these affected nations spent more money in trying to reduce this criminal act in their country. A study shows that British businesses have expended over €21 billion in 2012 and many computer users close to a million are affected every day.

The Ethical Dimensions of Cybercrimes

Ethical issues arise due to the problems attached with cybercrimes. Some of the ethical dimensions related to cybercrimes include:

Indeed, cybercrimes are in existence and people, as well as organizations are losing huge amount of funds through this act. Many countries in the world have tried to reduce these crime rates, but it seems so uneasy. A report shows that 103 government owned websites are hacked in Kenya and there are no traces of those who perpetrated this act. (Njari, 2012) Regulations all over the world keep rising high to fight against this crime rate and the approaches of awareness are tremendously helping to get users informed of the strategies used by criminals over the Internet. However, more approaches of countering these crimes include reporting any signs of the act, learning professional skills and certification courses to help understand better how different crime and Internet techniques work, increase in the management assistance for any on-site electronic crime task force, and special publications and research.