Home > Projects/Reports > What is Utilitarianism Theory

What is Utilitarianism Theory

In terms of ethical theories, the importance of utilitarianism theory is critical to see that how things are sorted out in this concept. So, before looking at its impartiality, it is crucial to look at the theory itself that what it aimed at. It is observed that there are some basic principles attached with this theory. Jeremy Bentham is the one, who initiated its theory and told the world that what utility means to fulfill their happiness and satisfaction. It is a fact to keep in mind that utilitarianism theory is all about maximizing the utility. Now, utility can be defined in various ways with regards to utilitarianism theory like it can be linked to wellbeing and happiness of the entity, which is being benefited by it. So, the morality of this theory states that an action will be considered right, if it is producing the end results of happiness. Mostly, the morality of an action will be judged on its motive that if someone is suffering from an end result, then theory will be considered unethical. But this is not the case with utilitarianism theory as it will not consider suffering of others (Westacott, 2018) 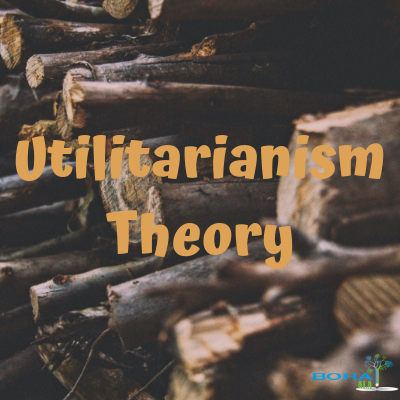 Now, after understanding the overall perspective of utilitarianism theory, it is necessary to look at its impartiality factor. When the basic concept is analyzed, it is quite evident that utilitarianism theory is actually impartial in nature. There are few reasons to say that; like utilitarianism keeps everyone under the same treatment, which means that everyone is considered equal in utilitarianism. Regardless that anyone is white or black, male or female and old or young; everyone is treated equally. Moreover, no prejudice will be shown for any group and happiness of everyone will be counted on equal basis. So, it can be said that such perspective of this concept is its strength as any individual will not get any special treatment as per the basics of this theory. It is always said that people should be treated equally without showing any bias and discrimination, so when this utilitarianism theory is reviewed on these basis; it is quite good for the society. It is the strength of theory, which allows everyone to be happy without having any kind of prejudice towards any group. So, it can be said that utilitarianism theory is the one, which is standing on the pillars of impartiality in its outlook (Kahane, Everett, Earp, Farias, & Savulescu, 2015)

But it is also a fact that every theory cannot be perfect in nature that it may not have any weaknesses. So, the concept delivered in the utilitarianism theory does have some weakness as well. In terms of ethical and moral values, it cannot be considered ethical that happiness for one group should be achieved on the cost of sufferings of any other group. Utilitarianism theory does not look at this aspect, which makes its impartiality a weakness as it will achieve happiness on the costs of someone’s sufferings. Equality is no doubt important to treat people, but there is one more concept to be considered, and that is fair treatment, serving justice to everyone. If other people’s rights are being violated just for the sake of happiness of any other group, then it is weakness of the theory. For instance, if a judge gets a case; where people of a town are unhappy, creating unrest in the town with violent protests, and asking to punish an individual, but the judge finds out that the individual being considered culprit is actually innocent. So, as per theory of utilitarianism, the judge should punish the innocent for the sake of happiness & satisfaction for majority of people, but ethically and on the parameters of justice, a judge can’t punish an innocent man (Austin, 2015)