Israel is the country has its own culture, values and stereotyping, the people do care for each other’s, but they may not give importance to the other people from different background. Golda Meir said that Jewish people take care of the neighbors; as they love their country; to elaborate this according to him that Jewish people are caring, take care of their friends and the country. It is somehow true because in my point of view, Jewish people are sensitive and they do loves and care for them in return who loves them. But when we come to the stereotyping as in Israel Jewish are not known as a people who are that much fix to the sentence or quote what Golda Meir said once. They are known as they have the prejudice and anti-Semitic nature, there are the societal problems, which have occurred in the past, they are known or stereotype as greedy people. They wants to collect the diamonds, they can make the people guilty, of what they did or their act. I still not believe that why Jewish people have this status symbol or stereotype because I have seen many of them behaving in a good way with their friends and families. The stereotyping cannot be changed, they are powerful in the United States and Israel, but the stereotyping cannot be changed. If we talk about the quote said by Meir, Jews are good people and they take care of their neighbor, but the stereotyping is still associated to them, so the thinking of people across the world cannot be changed.

Kosher food is that food, which is according or follows the Jewish Laws, the food is consumed according to the regulations or the Jewish Laws, the meaning of Kosher is “Fit”. According to the Jewish people this or kosher food is fit for them to eat, the country Israel use the food under the laws and the kosher animals could be the unclean animals for them, there are four animals which are forbidden according to the Kosher, the four animals are hare, pig, camel, hyrax. Every animal has own characteristic but still it is forbidden. There are some fishes and the creeping animals which are also forbidden, example the fishes have the fins, scales etc. The creeping animals forbidden are grasshopper, cricket and locust. 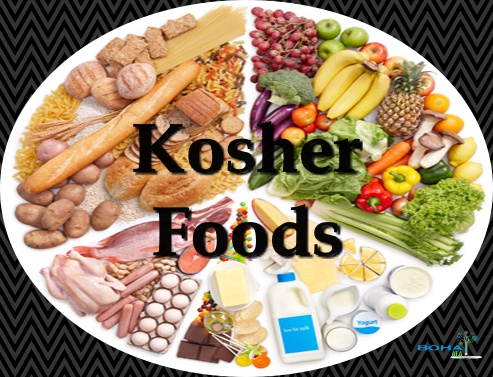 There is the prohibition of combing the milk and the meat, as the Torah says that the meat of young animal must not be cooked in the milk of the mother, the milk and meat must not be mixed as according to the rule, the meat and milk should be separately kept and labeled. There are the strict laws, which are needed to be following. After eating the meal consists of the meat, one must wait for 3 to 6 hours before eating the dairy. The eggs are needed to examine individually, because the eggs are permitted before the bird do not contain the blood.

The fruits, green plants, vegetables and cereals are also under the kosher rules, example the plants, tress that have the insects should not be eaten, as the animals have legs are not kosher. However, insects need to be checked in the food, the fruits or vegetable before they are cooked. Examine is required in the example the cauliflower needed to be examined carefully before the cooking starts (Lytton, 2013).

When it comes to the beverages, not all the beverages are allowed to drink. When it has come to the grape beverages, they need to examine before drinking, as the grapes should be from the kosher winery otherwise should not be drink (Kirschenbaum & Young, 2011). However, there is strict rabbinical supervision in which the grapes are prepared and then Jews can drink the juice or beverages. The wine is also allowed in kosher but it should be used for the fermentation, during the harvest process the grapes need to supervise and must be clean as there should be proper supervision. However, the wine made up of the bull blood, gelatin, and casein is restricted.

Rules or the Regulations

The rules or the regulations which are set by the kosher, have the restrictions and have the strict rules; however, there is need to prepare the food under the rabbi, and if the food qualify or pass the kosher food quality then it is allowed to eat, the Jews follow the rules. If the food not satisfactory or not under the kosher then it is prohibited to eat or drink. In my point of view, every religion and country has its own boundaries, and when it comes to the eateries, there is need to satisfaction that the food you are eating is clean and healthy. After studying about the kosher food and restrictions they have, I believe that they are health conscious people, but all the rules are made by the government and are for the safety of the people, so they need to follow the rules.