Bohat ALA
Home Research Papers IT/Technology What is Cellular Technology

What is Cellular Technology

Cellular technology is used in the manufacture of cell phones. The technology has revolutionized the way people 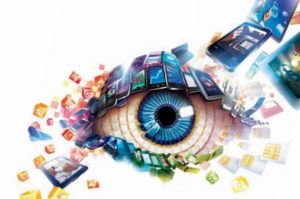 communicate in the world. It uses a wireless link to transmit information from one user to the other (Fettweis & Alamouti, 2014). The cellular technology uses multiple transmitters which are served by a transceiver. The transceiver allows users to reuse frequencies so as to pass information from one person to the other anywhere in the world. The cellular technology which is utilized in the manufacture of cell phones is supported by mobile network devices that are used to integrate the cell phones to a public telephone network where millions of people can communicate.

The cellular technology uses various techniques and methods of networking within the cellular networks. The cellular networks are distinct from other networks. It is a network topology that allows people to pass information from various parts of the globe. Cellular networks have been used in different sectors such as health so as to ease healthcare delivery. The cellular network utilizes a transceiver which is known as cell site which is located in specific areas to provide networking services. The cells within different base stations are assigned particular frequencies (Furht & Ahson, 2016). This eliminates cases of interference from other base stations. However, the frequencies can always be reused by different cells located in various base stations since the power which is transmitted is usually low. This only applies to cells which are far apart.

The cellular networks which are used for communication use short-range receivers or transmitters which are located within a base station that serves a small section of the larger network service area (Fettweis & Alamouti, 2014). The users of mobile phones acquire frequencies from within the network area where they operate. The cellular networks utilize the Mobile Transport Serving Office (MTSO) also known as the master switching center to link different calls between people who are working in different cells.

The cells are defined as separate and distinct actors that work within a larger network service area. They represent a subgroup of cellular network that is used to link users of mobile phones. The cells are the primary factor that distinguishes one network area from the other. Each cell comprises of different actors that are made of distinct topology which cannot be identified using naked eyes. The actors who are within the cells are categorized into two subgroups namely cell periphery and cell-core. The cells which are located within a cellular network do not have sizes or uniform boundaries (Furht & Ahson, 2016). This is because of the various factors that affect cell elements in the surrounding environment. The factors that affect the boundaries and size of the cells include usage density in a cellular network area and the landscape which is usually influenced by the power line and the buildings in a particular region. Besides, the size of the cells is affected by other cells which are located within the cellular network area by other competing carrier cells. The cellular boundaries can always change at any given time. The cells within a cellular boundary can spilt and expand their capacity to the number of mobile user’s increases. This allows the mobile systems to reuse their frequencies several times.

The cellular network is made up of a Master Switching Center that is used to link users from different regions (Fettweis & Alamouti, 2014). The master switching center works from the central telephone office where all communications are being directed. The master switching center leads all the communication line to the base stations within different cellular boundaries. The mobile network has revolutionized over the years and can function more quickly compared to the previous ones. This has been enhanced by the digital technologies that allow for voice coding and encryption. Today, most countries use a 4G cellular network which is more secure and provides high-speed data and voice transmission compared to the 2G mobile network which was being used previously. Cellular technology makes of various procedures or protocols so as to make the transfer of information easier between different entities within a given cellular boundary. The Protocols are the set of rules that ensures that the messages or information between different entities is not leaked outside the cellular boundary. These rules govern the standard of services provided by the cellular networks. One of such measures used by cell phone is the Global System for Mobile Communications (GSM).

The cellular technology has revolutionized the healthcare landscape. The innovation of 3G and 4G has transformed how services are offered in the healthcare landscape. The mobile technology has empowered both the physicians and the patients. They can access vital information at any time regardless of their physical location. The cell phone technology is used by several physicians across the globe to provide quality healthcare services (Pal, Mukherjee, & Dey, 2016). The physicians utilize the mobile technology to update their records and those of the clients or patients. Besides, it used to search for vital clinical information and to connect with other colleagues who work within the same cellular boundary or outside the cellular boundary. On the other hand, the patients use the mobile technology to search for relevant health information and to track various health indicators. Besides, it is used to communicate with the doctors whenever an emergency arises.

The cellular technology has been used to conduct innovative healthcare delivery and treatment services (Pal, Mukherjee, & Dey, 2016). For instance, the invention of the mHealth initiative has saved people a lot of money while seeking health services. The mHealth initiative has been used across the globe to establish various call centers where patients can inquire for any vital health information. The mHealth also uses an SMS platform where physicians can make appointments, update the records of the clients, monitor their patient’s progress and raise any health awareness issue that may arise. Besides, the mHealth is used to determine whether the patients comply with the prescribed treatment.

The cellular technology has been used to manage different chronic diseases. The physicians use remote devices to monitor the conditions of the patients. Besides, the patients can record or measure the status of their health situation and forward them electronically to their physicians or specialist doctors. The technology has helped to reduce health-related costs since the patients are not required to routine the doctors’ offices.

The cellular technology has been used to develop various monitoring services for different diseases (Pal, Mukherjee, & Dey, 2016).  Such diseases include cancer, substance abuse, HIV and AIDS, and other chronic diseases. For instance, medical practitioners from Massachusetts Medical School have devised a monitoring device known as iHeal that monitor the activities of the nervous system and body temperature of the drug addicts. The device can transmit the data to the healthcare providers electronically. After analyzing the activities of the nervous system and the body temperature, they then develop texts, audio interventions, and videos that are used to discourage the use of drugs. The mobile app can also be used to detect the number of cigarettes smoked. In this way, it has been used to help several people to reduce or quit smoking (Pal, Mukherjee, & Dey, 2016). The 3G wireless internet network is being utilized in Mexico to manage health complications associated with diabetes especially in the marginalized communities. This application is being employed by the healthcare workers to interact with their patients. Besides, the patients can use the app to access videos and audio interventions on health education on diabetes management. The patients can also use the 3G wireless network to ask questions and get feedback immediately. The patients whose records have been saved in the database can access their health progress online and seek clarification where necessary.