ADR (alternative dispute resolution) refers to methods that are adopted in seeking for solutions on legal disputes without use of litigation but by adopting such means as the negotiation, arbitration as well as mediation (Anon, 68-76). Among other legal disputes solved through the ADR are disputes on contracts, environment, insurance, security, labor, international trade and technology.

This method involves the informal interaction between disputing parties with an intention of settling on the disputes and may involve a lawyer or not. It is to be noted that this process does not acknowledge the involvement of a third party (even neutral such as a judge or a jury). Two main approaches involved in negotiation are adversarial negotiation as well as problem solving approach. In adversarial approach, the warring parties seek solution through negotiation with a motive of maximizing own gain whereas in problem solving approach, joint gain is sought by parties involved. Though the method is discussed as an independent tool for solving disputes, it is often used before adoption of formal method(s) to solve a dispute and is such a case, negotiation is not perceived as an alternate to litigation processes. 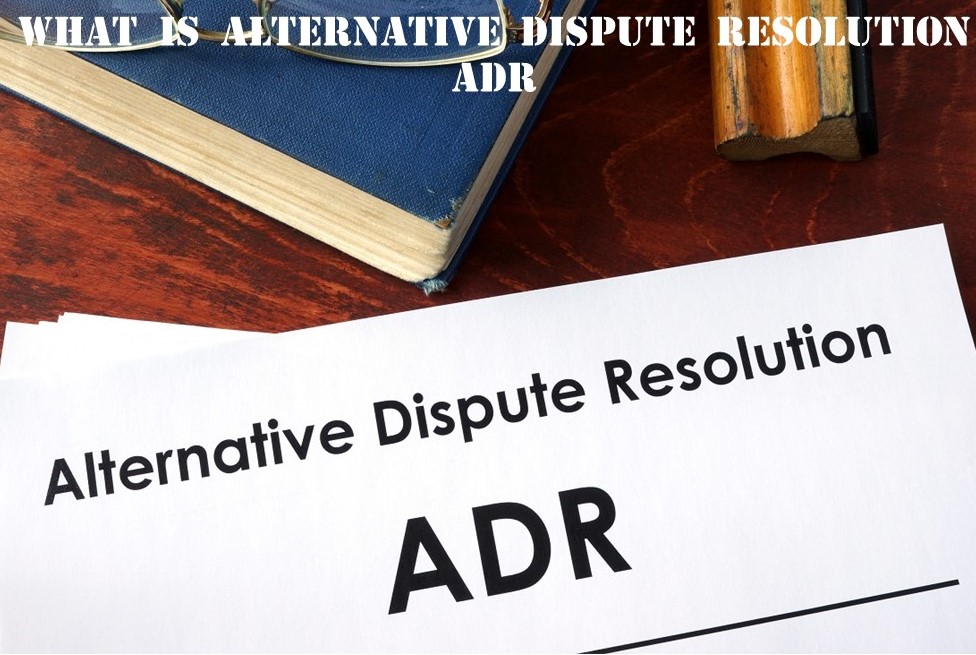 In mediation, unlike the case with negotiation, a neutral person is a characteristic feature and is involved in facilitation of communication between the parties while at the same time offering suggestions to possible ways of solving the dispute at hand. As an expertise, the neutral person chosen (mediator) is often chosen by the consent of the warring parties. The main feature of the process is having the mediator assist each side listen to the other in a dispute. Persuasion is a mandatory character for the mediator in order to have the deliberation on the various solutions sighted and the process is concluded after the parties involved unanimously accept a solution after which the decision is put into writing and signed into by all the parties. Collective bargaining issues are main examples to disputes which adopt mediation as a tool for solution where the conflicting parties (like employees) must work together even after the dispute. It is to be noted that though mediation is adopted as an alternative to litigation, the main reason for its adoption is usually to avoid court procedures.

This tool of solving disputes is explained by the use of a neutral third party and outside of court system to find a solution to a dispute. It has a distinguishing feature in that parties involved in arbitration are in contracts and they assume the role of a judge though not as constrained by precedents and the arbitrator’s role is finding a solution which is legally binding. The process therefore assumes like procedures like those ones used in trials though the rules applied in the process of arbitration are a little relaxed than in a legal trial. However, it is also noted that the choice of an arbitrator is a process that involves both parties involved in the dispute. Efficiency and low costs involved in arbitration makes the main advantages sighted for its use as against litigation.

In conclusion, this paper discusses the three main ADR tools, which are negotiation, mediation as well as arbitration, and shows their applicability instead of adopting litigation methods of solving disputes. The paper orders/ranks the tools according to value where negotiation comes first, followed by mediation and finally arbitration. This rank is based on ease of use, costs incurred as well as time involved where negotiation become fundamentally the most easy tool in cost and time to be used. On the other hand, arbitration process is time consuming and often expensive in awarding the arbitrator hence the last rank.