Home / Projects/Reports / What is a Distributed Denial of Service Attack

What is a Distributed Denial of Service Attack

This attack makes the availability of the online services inconvenient for the users by multiple sites at one time. Their aim is to hack or damage a variety of many of the essential links some from the banks and some from the website of news and another main aim after this is that people can have a bulk of information with this. There are a term name botnets that attackers use to build some networks with the systems that are in effect from someplace. Their aim is to make or spread malicious software with the help of emails, websites and with the help of social media sites.

Once the malware entered into the software then they can be used by any other person who is not a creator or owner of that software. In addition, owners may not know that whether someone is using their software. The bots are very strong attackers and they can beat millions of machines at a time. They act like an attacker or as a defender for any other entries in the software. The krebs On Security.com was the victim of DDoS that makes some of the reader’s inconvenience to read some of their data for some time. 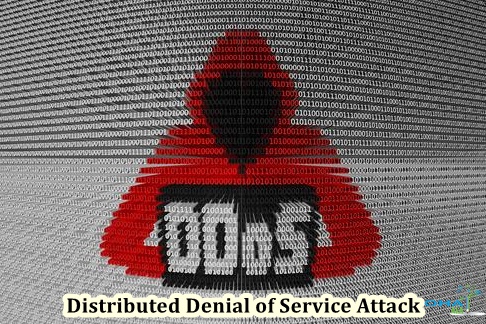 As DDoS received many of the requests from worldwide that many of the PCs are facing the issue of being attacked by much other software in terms of hacking their data. Their PCs are being controlled by one other person in terms of stealing their precious data or information.

The Mirai Malware is that software that turns the ownership of any software to someone else in terms of using them t their own resources. This software works on a large scale as this software is using botnets that makes the access easy for someone PCs or laptops to hack their all data.

In the first six months of 2017, many of the mysterious things have happened at the computer security departments as their software’s or accounts have been hacked by many of the software attackers in the computer department. There is a very much disturbance in the computer departments that how this issue should be resolved. There is a dangerous group of hackers hacking the software and the overall systems of the other people in terms of checking that how they are doing their work and how they managed to work without such data.

There is a team of Shadow Brokers that breached the spy tools kit of elite NSA-linked also called equation Group. They hacked the overall programme of the NSA linked and hacked all of their information in terms of getting them and leaked that information to give to someone else in order to get money. They also performed a window exploits in terms of making it dangerous for the users to use appropriately. In first, they were still unknown for the people but later in order to catch them, they are being hacked by some other hackers in terms of knowing about where they are staying after hacking the most precious data of that department.

They are the danger for the bugs in artificial intelligence gatherings. There are many of the flaws placed in between the agencies as they are notifying the company about these flaws so that companies will correct those flaws. They made such type of software’s that can make the use of their users easy and concise as well. If these things will leak out or go out of the box then they can surely be able to go out of the box and spread many of the things like this. This information should be kept secure as this can threat the billionaires in terms of having their information leaked by them in order to blackmail them.

There is a number system that has been formulated to be found useful with the help of conventional number system if used in mathematician industry. This number is used in different sharing schemes among the binary digits. In 6 binary digits, around 12 permeation have been made with this part of the paper. TCP is that standard that maintains the network conversation that has a system to follow that defines how the mediums transfer data among each. TCP and IP together are basically the rules that better explains the systems of the internet. There are around 12 to 14 numbers of different ports can be represented in it. Our display is of 64 k so in order to reflect actual colours in it you have to use a 32-bit pixel in it. In order to represent these classifications in options we have to make the terms as we have to use a larger bit example in order to solve them accurately and with the best aspect, they have.

Tags What is a DDoS Attack