Home > Projects/Reports > What are the Causes and Effects Air Pollution

Air pollution is a common term defining to what degree natural air conditioning may be polluted by physical, biological, and chemical substances. Introduction of particulates with the potential of causing harm is one of the simplest ways of describing air pollution. The processes leading to clean air contamination consist mainly of both natural and human activities. Nonetheless, the presence of harmful chemical substances categorically described as pollutants always present unhealthier conditions capable of triggering diseases to human life. Because of this demanding concern, the topic of air pollution must be tackled from the perspective of cause and effect. The study of air pollution causes and effects is best achieved by analyzing the sources of pollution indoors and outdoors, while focusing on the enormity of how the effects change natural conditions.

Artificially, a number of human activities are responsible for air pollution. One of the most common sources pertaining to this is combustion of fossil fuels. As substances such as coal and petroleum products burns, treacherous gases are released into the atmosphere. In particular, these gaseous compounds amount to enormous destruction such as carbon monoxide and nitrogen oxides with carcinogenic effects. Equally, agricultural activities such as application of insecticides, pesticides, and herbicides to firm crops are among the serous causative agents of pollution (Wang, Lawrence K, Hung and Pereira 238). Industrial operations qualify as human sources of pollution based on degree and composition of effluents that depletes high quality atmospheric air. Mining operation often produces a significant amount of pollution, because dusts and minerals are trapped in the atmosphere in this case. 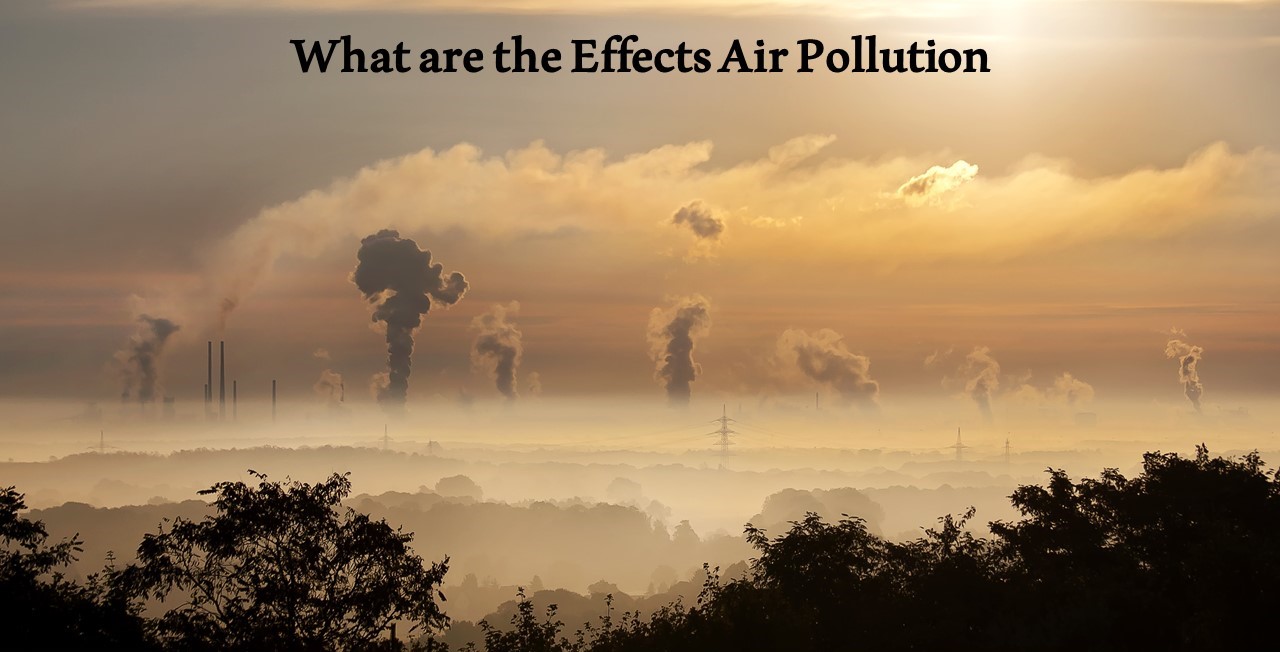 Consequently, air pollution is a significant contributor to eutrophication. This is the increase in nutrients in water and soil bodies. The result is an overgrowth of algae within these bodies, which makes it difficult for living organisms to live in. Fish dies in such conditions due to lack of enough oxygen within the water body. Secondly, it increases acidification of water resources such as water. Chemical reactions made by the use of aerosols could cause an imbalance in the atmosphere, hence causing acidification of rainwater. Acidic rain has been proven dangerous to many substances, including trees and other living organisms it comes across with (Mukhopadhyay 71). Additionally, the infiltration of the water into the soil affects the soil and consequently other people who depend on it are forced to seek other options.

The chemical substances that come about as a result of the chemical reactions through air pollution also lead to the creation of ozone 3 gas. This gas is among the most dangerous gases as it changes the functionality of an organism’s body as well as that of their environment. This allows it to migrate swiftly from one region to another (Mukhopadhyay 71). Further than that, it has a significant impact on the vegetation types and their growth and development eventually after exposure.

Air pollution increases the amount of particulate matter in the atmosphere. Depending on the period an organism has been exposure, there are different effects. Short-term effects include nose bleeding, eye irritation, nausea and irritation to pre-existing upper respiratory infections. Long –term effects include cancer, chronic respiratory disease, heart diseases, and mental damage. In the vulnerable population, it may cause, or aggravate pre-existing medical conditions that may actually affect the individual’s life.