Home > Subjects > Business > What are the Advantages and Disadvantages of Outsourcing

What are the Advantages and Disadvantages of Outsourcing

Outsourcing is usually performed in every organization among different organizations these days. This is an elementary strategy of organizations for a substantial period. The company hires employees from any other organization in a business practice. They handle some operations and perform few tasks, which the company’s employees have already performed. The company from which an organization hired employees is known as third-party provider or service provider.  The term decision making refers to the judgment between right or wrong, between easy and difficult. With little focus and concentration we can implement a strong ancient decision in an organization and leads the project at the height of success and fame.

They arrange employee’s new employees for hiring. Most of the times service providers arrange the facilities and resources at its own behalf. Companies outsource for a number of specific tasks to perform. Most of them include IT services, manufacturing processes, human resources tasks, financial tasks such as bookkeeping, payroll etc. Most companies outsource whole of its departments but some outsource only one or two departments of their company. 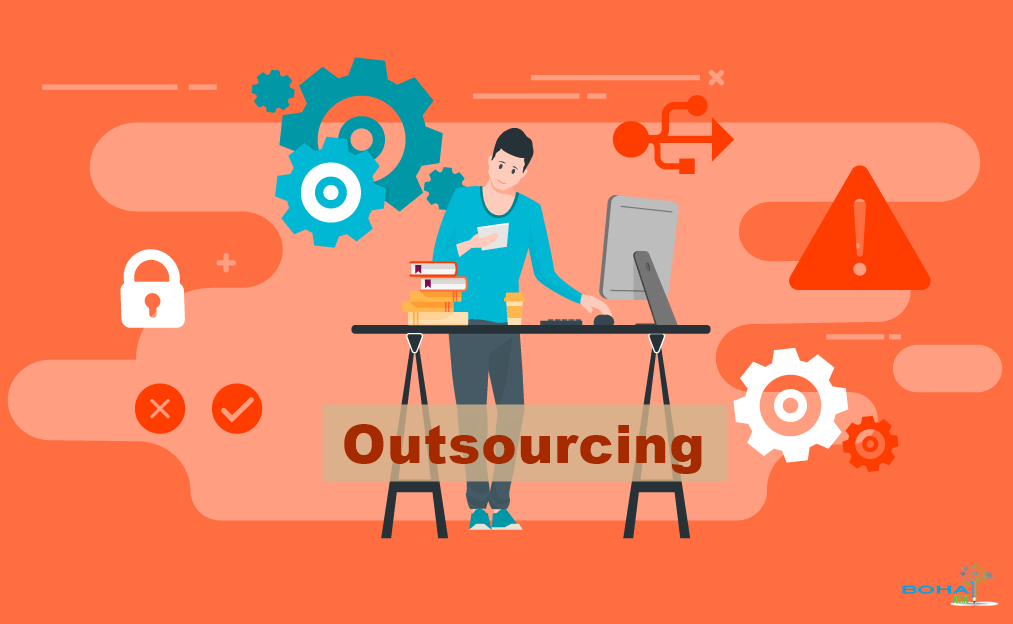 The company also can have such issues that their old employees may not collaborate properly and efficiently with one hired employees of the third party. The outsourcing Is basically have convention issue in it. First, this creates a sense of fear among the employees that they may be fired from their job. This happens sometimes that outsourced employees are very much efficient and loyal that they are permanently hired by the organization.

The outsourced companies may face a negative criticism from the public also with which they are linked indirectly. The old employees may move to some other organization due to some wages problem, atmosphere problem, strictness problem etc. To resolve these issues companies can in source their organization. As the name is showing it refers to a system that companies did in-house function performed by their own employees. This may lessen many problems, which came because of outsourcing.

If the organization, which is resourcing from other, has a risk in any of its project, it can be transferred to that organization where it has no risk. Outsourcing also helps management in their working and implementing decisions. Outsourcing lowers the risk of freezing of capital at the time of any problem. It improves the control of organization on internal departments. It gives access to external competencies.

Outsourcing has many advantages in an organization as I discussed above. There are also several disadvantages of outsourcing in any organization. The organizations from which an organization outsources them become dependent on them. At the time of delivery of projects, it may be delayed due to the late working of employees hired from the third party.The quality of work may suffer due to the mixing of different opinions of two-organization working together as outsourcing. (Satyendra)

Different minds have different ideas this will disturbs mostly the working efficiency of that project. This often requires the effectiveness of work on that project and decreases the efficiency of neatness of project. There are many costs may affect the financial budget of the organization.  This outsourcing may increase the budget of the organization. There is a loss of knowledge related to the project because of conflict of different opinions of different people.

The normative decision includes the set of rules and regulations that when implemented will bring confirmed results. Whereas descriptive decision based on the principle of implementation of the decision of people in their daily life.

In both the decisions, it is showing that the solution should be what and how. In addition, it implements us how this decision will work in future. How much this decision is useful for the project of that organization? Critical thinking lasso depends somehow on the backed support and motivation of the organization’s heads. If they will support the implementation of the decision maker. Encourages he / she for their working then, it will be helpful and appreciating for the decision maker.

In an organization, while implementing a decision there should be a fare policy followed by the decision maker. For a complete and better understanding of decision-making, one should first understand the ethics and fairness of implementing the decision. The fair decision enhances and boosts the morale of employees. This type of decision makes employees more comfortable in their working. They trust more and more in the organization that their loyalty would be appreciated here.

The solution will be permanent so that problem will not occur again. The project strategies should enhance business reputation and creates good will of the organization in the market.

Is Outsourcing Good or Bad