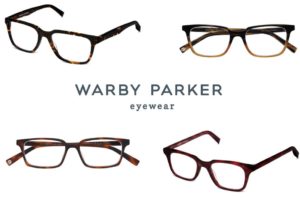 Warby Parker is an American firm that produces sunglasses and prescription eyeglasses. The firm was established in 2010 in Philadelphia, New York, where its headquarters are located (Warby Parker, 2017). The current capabilities of Warby Parker can be analyzed using the “triangular doughnut described by Keidel (2010) in order to determine the firm’s source of competitiveness. Kiedel (2010) identified three approaches adopted by firms in order to enhance their levels of competitiveness, namely economic approach, differentiation strategy and interaction strategy. Economic strategy involves cutting down costs as much as possible in order to increase profits. The differentiation approach involves selling different products under the same brand or different brands. Organizations that adopt interaction approach seek new opportunities from emerging markets, instead of focusing on the existing markets where competition is high (Kiedel, 2010). A firm can excel in one or two of the strategies.

In the case of Warby Parker, it has excelled in interaction and economic strategies. Regarding the interaction strategy, the firm has been exploiting opportunities brought about by the evolution of internet strategy through selling its products online. Through its online store, customers can try different frame of glasses and purchase them. The products are then shipped to the customers after buying. Regarding the economic strategy, the firm has limited physical stores, which helps to cut costs involved in maintaining such stores. Warby Parker mainly relies on customers that seek to purchase sunglasses and eyeglasses from online stores as opposed to physical stores. However, the company competes with other firms that sell similar products through physical and online stores, such as Milan-based Luxottica, Marchon and Marcolin. The complementors of Warby Parker are firms that produce frames for glasses and the material that is used in making the lenses. Luxottica is one of the complementors (Warby Parker, 2017).

Suggested Improvement in the Current Strategy

Considering the fact that the internet technology is evolving and will continue to evolve in the future, Warby Parker should focus on exploiting emerging opportunities in the online business. Precisely, the firm should focus on improving its interaction strategy. One of the ways of doing so is to adopt a business model in which customers pay when their products are delivered and not before they are shipped. Doing so will make its products to customers that check products online but they want to pay after seeing them physically. Although significant will be needed in such a case, the firm can manage to achieve that goal within the next three years.

Also, Warby Parker can improve the interaction strategy through selling its products in foreign markets where similar online businesses have not evolved well. Doing so will help to significantly increase the organization’s customer base. Also, the firm will benefit more in terms of reputation, revenue and competitiveness. The timeline for achieving that goal will depend on the number and sizes of the targeted markets. If the firm wants to target one country, such as Brazil, it can achieve that goal within a maximum period of two years. As Kiedel (2010) explained, adopting the interaction approach is one of the best ways of overcoming competition in any business environment.

After improving the interaction strategy, the majority of the customers of Warby Parky will still be people that are interested in purchasing products online, such as people that do not have time or ability to visit physical stores. Despite this, the customers might change slightly in terms of factors such as purchasing behaviors and preferences. However, the number of customers will increase. The competitors and complementors will change slightly since Wady Parker will be dealing with more foreign and multinational firms in the new markets.

Rationale for the Proposed Strategy

Improving the Interaction strategy is likely to be more feasible and beneficial for Warby Parker than the other strategies. Although the evolution of internet technology has opened numerous business opportunities for the firms dealing with sunglasses and eyeglasses, many firms in that industry are concentrating on distributing their products through physical stores. Consequently, the online business related to the sale of sunglasses and eyeglasses is not fully exploited. At the same time, the percentage of people shopping online is likely to increase in the future. Since more opportunities are expected to emerge as the internet technology continues to evolve, Warby Parker is likely to rip more in the online market in the future. The firm is likely to experience difficulties in improving its economic approach further. For instance, reducing the number of showrooms designated per market might reduce the firm’s sales. Regarding the differentiation approach, the firm already sells different types of eye glasses, just like other firms in the industry. As such, there is lack of adequate room for improvement of the differentiation strategy. The customers might change slightly since people with different cultures usually express different purchasing behaviors. For instance, the preference for the types of frames for the sunglasses might vary from one cultural group to another. The competitors and complementors will change a bit since in the new markets, Warby Parker will encounter new firms operating in the same industry that will be more or less competitive than those that operate in the current market. The major implementation issue the firm will encounter will be capital needed for improving the interaction strategy. The other issue relates to the challenges of investing in foreign markets, such as political, social, environmental, technological, economic and legal issues.