Visit to a Mosque in New Orleans America Essay

I visited a mosque located in New Orleans on 1911 St. I knew that Muslims meet on Fridays at noon to pray corporately and thus, I arrived at the gate a few minutes before noon. I felt that it was not right to enter the surrounding without seeking guidance from the followers and thus, I stood at the gate. Two minutes were hardly over before an aged man who physically resembled people from Middle East States appeared. I approached him and explained the purpose of my visit. He introduced himself as Mr. Sulayman. He welcomed me and asked me to follow him towards the mosque. Though he looked serious, he was kind to me and gave directions as to what I was supposed to do.

Before entering the mosque, he led me to a cleaning area where he removed his shoes and instructed me to do the same. He proceeded to wash his face, hands and fit but explained to me that I was free not to do it. Since I was eager of everything, I found it necessary to do the same. We then entered the prayer room and I was directed to sit at the back, an area that seemed to be designated for visitors. I realized that there was a partition based by gender; men were in a different partition from women. All men were wearing long trousers and shirts. Some wore white garments on top. Women wore black garments that covered all parts of their bodies, with some only exposing their faces. Notably, these practices bring out the gender dimension of this religion (Diener, 3). The room was carpeted with only a few men, with some sitting on the floor and others were on a small stage at the front praying. I also sat on the floor. On one side, there were very few chairs which I later learnt that they were reserved for old men who could not sit comfortably on the floor. I noticed that there were shelves on another side of the room holding some books. Mr. Sulayman moved to the shelves and brought me a Quran and a brochure. 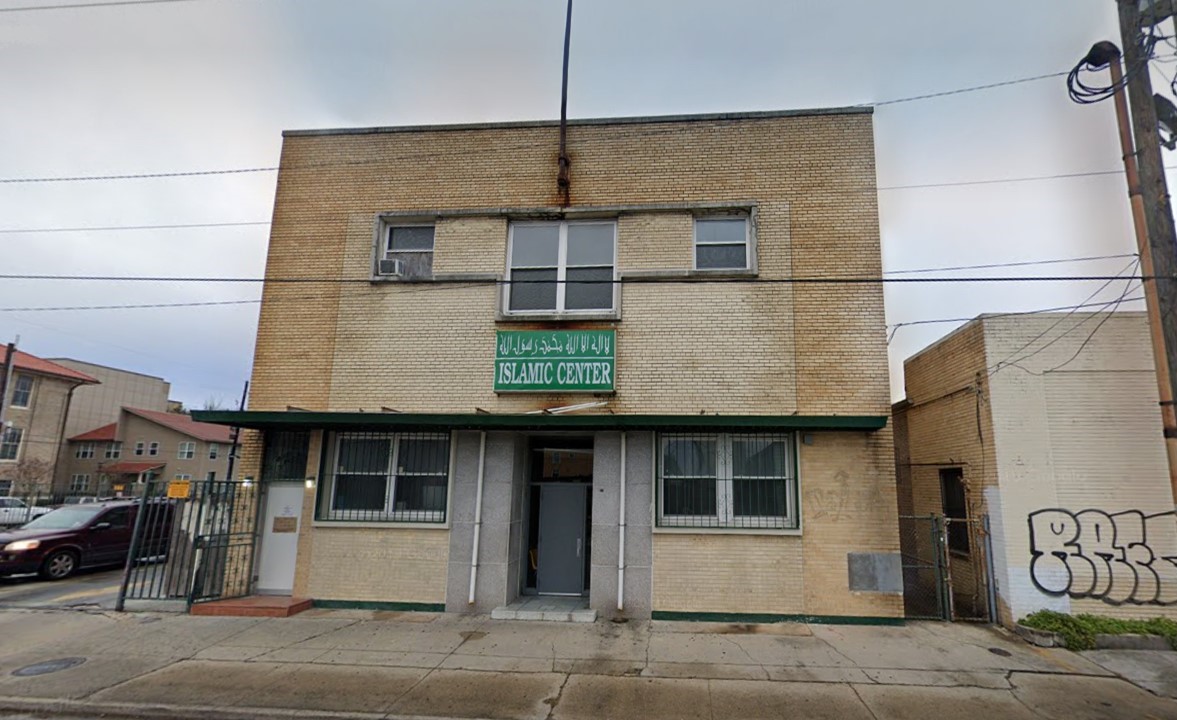 I also noticed that the floor had diagonal lines which were painted in white. I learnt later from Mr. Sulayman that the lines were perpendicular to the direction of Mecca and Muslims face the direction while praying. More men arrived and within a span 15 minutes, they had formed what can be termed as a congregation. One man took a microphone at the stage and started chanting in Arabic. I later realized that he was giving some orders and the people responded by performing differing bows. After this was over, the speaker called the Imam to make a sermon.

The Imam began speaking in Arabic and I could hardly comprehend what he was saying. He later changed to English, though he occasionally reverted to speaking in Arabic. I however grasped several points from his message. First, he mentioned tat there are people who engage in horrible acts and present themselves as Muslims, yet they are not. He explained that true Muslims who follow the word of Allah as per the Quran do not engage in horrible acts. He also talked about redemption. He explained that God is gracious and He gives redemption to righteous individuals who seek for it. He said that God sees inside a man’s heart and it is not possible for human beings to lie to him.

The Imam also said that people should ask for forgiveness of the sins that they have committed during the day before the sunsets and also eek forgiveness of sins that they have committed during the night before the sun rises. He explained in details how a man should behave in order to go to heaven and how one should escape going to hell. I heard the Imam saying that a man should engage in good deeds not only to escape from going to hell but he should rather focus on heavenly rewards. He explained that no one knows whether they will go to heaving or not and thus, people should strive to make sure that their good deeds outweigh bad deeds and should avoid bad deeds at all costs. While summing up, the Imam explained that above all, the purpose for which Allah made man is to worship Him. He therefore urged people to focus on worshiping Allah, doing good deeds and avoiding bad deeds. I realized that the teachings given by the Imam displayed the mythical dimension of this religion (Diener, 3).

The Imam ended the sermon and then started chanting in Arabic. The members responded by forming rows a long the white lines. The Imam started giving some cues and the members changed postures as the he changed cues. They started with standing, then kneeling and putting their foreheads on the floor. They then straightened up and placed the forehead on the floor again. This was repeated severally. The Imam started giving orders in Arabic but it was quiet and still as people responded to the orders. I stretched my self to look at the other and realized that women were also doing the same. After this was over, people stood and started leaving. The whole session took almost two hours. Some few men, including Mr. Sulayman continued praying and I decided to wait for him. The ritual dimension of Islam religion is evident in the way they conduct their prayers (Diener, 3).

Mr. Sulayman finished praying and came over to me. We took our shoes from the cleaning area, stood outside the mosque and the old man started telling me about his religion. We made a five minute conversation in which I asked several questions related to Muslim religion. He was kind, polite and more than willing to answer my questions. I had studied about the five pillars of Islam before and he confirmed by naming them. They are; belief in Allah (God) and Prophet Muhammad fasting during Ramadan, praying five time in a day, making a pilgrimage to Mecca and assisting the poor (Hansen et al, 245). He also explained that Islam faith is grounded on six pillars namely; belief in God (Allah) as the only God, belief, in his scriptures, belief in angles, belief in all prophets of Allah, belief in life and death and belief in destiny. Mr. Sulayman mentioned that he fully believed in them. Remarkably, these pillars form the doctrinal dimension of Islam religion (Diener, 3). Finally, I asked Mr. Sulayman whether he knew how and when Muslim religion came to America. He confirmed what I had studied earlier that this religion came to America in 1880sn (White eta al, 151). It was brought by Muslim Immigrants from Ottoman Empire and other parts of Asia. I thanked him for the kind treatment and left the area.

The visit was more rewarding to me than I expected. It confirmed my findings of earlier desk-based research regarding the religious practices of Muslims. Besides, the visit shaped my perception for Muslims. Unlike before, I learnt that Muslims are close to Allah and have deep faith and are enthusiastic about their religion. I found that they are also welcoming, kind and polite to non-Muslims.