Visible and Invisible Diseases of Society

In this universe, there are so many things which we can’t see such as air, temperature, light etc. but we feel their 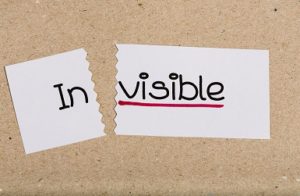 presence because of our senses. Like these things some diseases of society such as egotism, jealousy, pride, anger, negative love, negative emotions, negative curiosity etc, are also invisible but can be detected through the same senses.

Some characters detect them and use them wrongly and some use them to improve that very character. Iago feels the egotism of Othello and uses it as weapon to suffer Othello. On the other hand, egotism of Othello is an obstacle for feeling the jealousy of Iago. (Shakespeare’s play Othello)

Pride is as ancient as the age of Satan. This disease can attack within the four walls because it springs from human heart. During this disease man comes out from the codes of life and reaches at his “destination” without any hindrance (pride hath a fall). In literature many examples can be found. Now, I come towards other disease which is anger. Often we can not overcome over anger and always take wrong steps and let fall ourselves into gutter.

Othello’s love for Desdemona is negative and she also falls in love after listening emotional stories. There is not emotional balance between Othello and Desdemona. Now, we can say the germs of negative love dragged characters towards death. In our own society, many characters commit suicide due to negative love and the result is not different from Othello.

Invisible diseases give birth to visible diseases such as nepotism, favoritism, jobbery, corruption and so many others in different “attractive” dresses in modern age. Everyone of us has become known to all these diseases but we are not able to eradicate them. Why? Because we only discuss and not try to crush them with iron hands (politicians,) or power of pen and pleading (writers) due to our own involvement. It depends upon us to stop our involvement and is the only cure for these disease. All these diseases are attractive, therefore, everyone jumps towards them and falls into the pit of litter and trash.

The assertion of Culturalism through Language

Jane Austen’s Instinctive Attitude is that of a Humorist