Violence and Aggression in Soccer

Soccer is the most popular games in different countries and many people support this game. Violence is associated 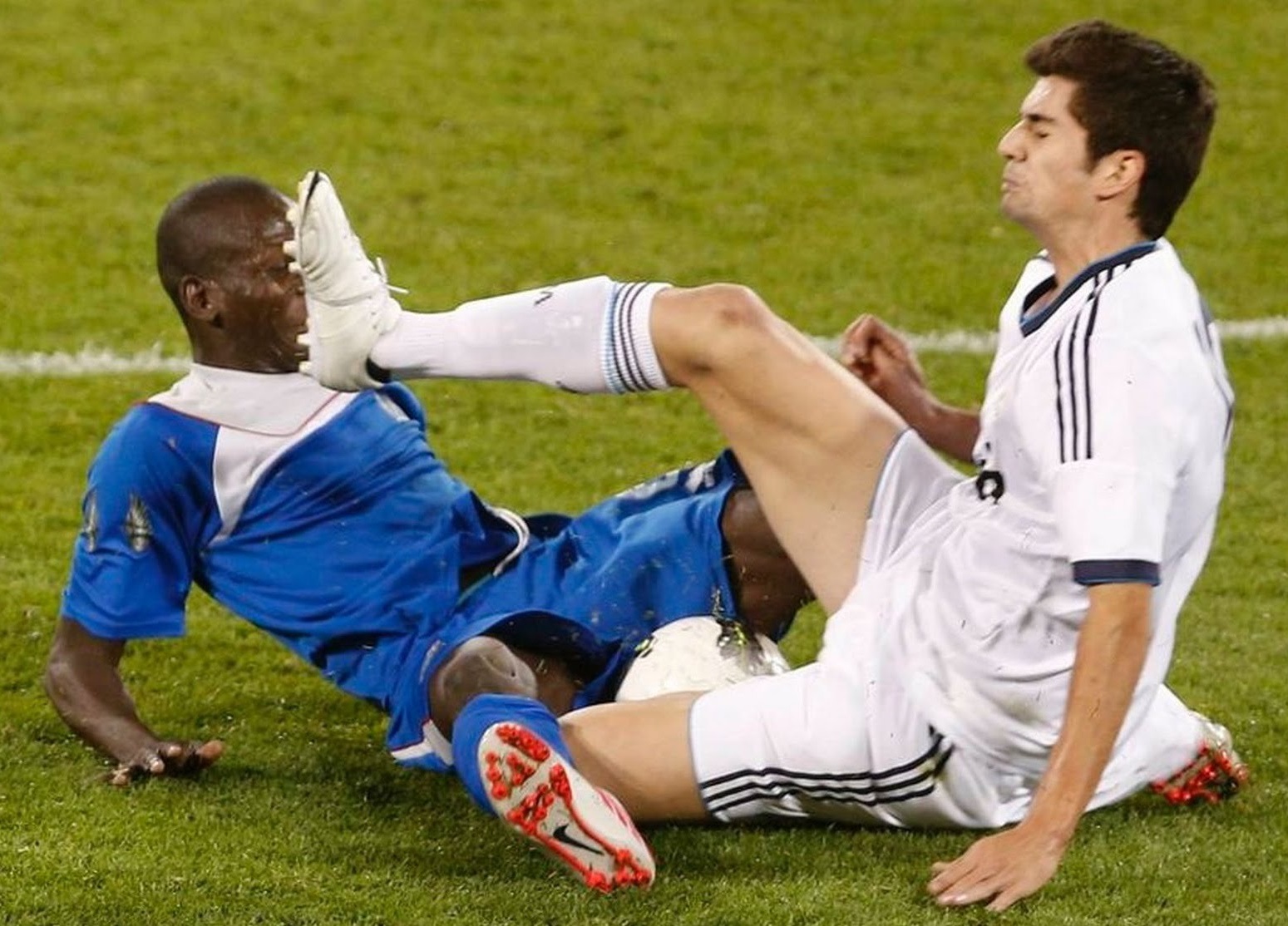 with soccer since the 13th century. The games have become a passion of many people and fans live for their teams. In history of soccer, many cases of violence have occurred and they are based on racism, rivalry, cross-national variation, and formation of parties. The emergence of explicit racism at soccer matches influence the violent behaviors, in throughout the history, soccer has faced the aggressive behavior of fans. Many studies have been conducted on violence in soccer. Some papers have studied the topic by developing an explanatory model of soccer fan violence and collective violence more generally. Collective conflict and crowd behavior of fans have seen in many matches.  (Spaaij, 2010)

Advancements in sports have crossed the geographical, racial, ethnic, political, national, ideological boundaries; however, in the situation of soccer, the failure and success at national and international level become the major concern of people. Critical reasons of fans’ hostile behavior and expected reasons are also identified.  Some temporal and spatial fluctuations occur soccer violence.  Studies tried to identify major and minor causes that create violence between soccer and other sports fans.  (Spaaij, 2010)

In addition, responses of fans are also collected through an online survey and their opinions were gathered regarding their experience of football violence. Researchers show that there is a long-term decline of football fan violence in England.  In addition, after 19th-century football game became popular when mass industrialization started and people moved into cities for the sake of development. A number of clubs grew and it promoted a culture of gambling, drinking, etc. Many people became socially affiliated toward a particular club that was subsequently passed through the generations  (Cleland, 2016)

Violence and Aggression in Soccer:

Soccer violence, aggression, and disorder amongst its participants are a tradition of the game. This violence exists before the introduction of the soccer associations. Even though violence was an important factor in the schools and university system in mid 19th century. Many of field incidents occurred among fans and sports teams. There is a higher rate of sport-related violence, which could be seen in the different region of the world. In 2013, many deaths took place due to violence in fans of soccer and even football.

Most of the violence and aggression are related to the class, religion, politics etc. Violence also interpreted by the expressions, it can due to the religious sectarianism between the group’s example, Protestants and Catholics represent the biggest fault line and created violence due to soccer, this incident takes place in Scottish stadium.   Governments took some measures in order to reduce violence among sports fans and now some scholars suggest that football hooliganism is related to the past and now prices of tickets are increasing because conflicts do not occur among fans. Comparison of violence occurred in the 1970s and in 1980s shows that there is a significant amount of reduction in the ratio of violence.  (RAMAZANOĞLU, 2005)

The study focuses on reasons of aggressiveness among fans and methods that can help in avoiding negative behaviors of fans. The mass audience shows hostile attitudes according to the situation during the game. The violence can be reduced by implementing rules and regulations and spreading awareness.

When a team loses or unable to score well, the audience in the stadium can show frustration or verbal aggression. When conflicts occur between soccer or football fans it can lead to uncontrollable situations. A serious situation can lead to violence and can create a worse situation. Many deaths have occurred in the past due to conflicts and violence among sports fans.

A frustration situation can occur when fans or supporters are expecting much more from team players but the performance of fans does not meet expectorations of fans. In this situation, opposite teams can make a situation worse through shooting and teasing etc. Therefore, the audience can pass negative verbal comments against teams or other people.

Police and courts play a vital role in handling sports violence. Sports boards have established many rules and regulations and many people are required to follow those rules for ensuring a positive environment during the game. According to reports, there is a significant increase in fans violence in 2013.  (Cleland, 2016)

The study focuses on the different factors contributing to spectator violence in stadiums, as the people in the 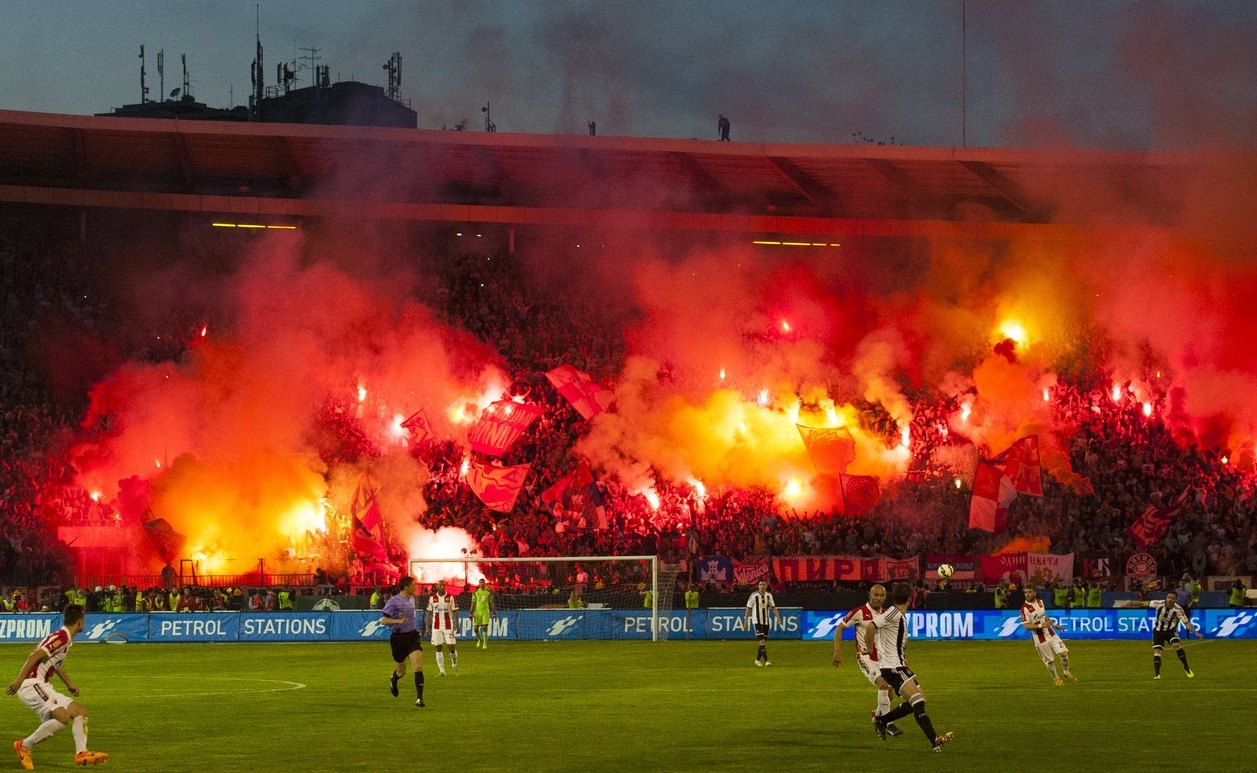 soccer stadium are motivated in the way so that they create violence. The violence can be seen in the Soccer hooliganism, it is highly visible in the stadiums, thus, and the people from the media coverage note the behavior of the people. Public representatives in this way create more problems while observing the behavior because through creating propaganda of the situations, the representatives able to highlighted the hooliganism and the situations in this way get worst. There are the fans in the stadium the team representatives can create the misunderstanding between the people from which they motivated much to fight or create violence. (Madensen, 2008)

The spectator aggression is focused in the study for the public safety concerns as there is the harsh audience participation, which convinces a team of fans to create the issues, there are highly dedicated fans in the stadium, which create the problems when they are discouraged or disappointed. Many of the fans create the issues when they are happy for their team and insult the other teams. There can be the different types of the violence example, most famous of all in the stadium is the verbal violence, gesturing, missile throwing, physical assault, and warming are also included in the violence. Thus, in creating the violence most often male and females are also spotted in the stadium as they were showing the acts of aggression (Madensen, 2008)

The paper focuses on the social problem or moral panic as there could be the issues with people who are in the stadium; there could be the psychological, psychosocial or sociological problems that can focus on the holistic approach. In his research paper, he discusses the social problem that it is the human nature to agree with the society where there are cherished values and where there are conditions to threaten the quality. Thus, the fan violence is a social problem approach that focuses on the human behavior. In the paper, he discusses the theories about human behavior that why they are influenced to focus on one group and discriminate the other groups.

The paper presented us the instinct theory that people cherish in a childlike act and it is the moral component that opportunities for the fans. He has also explained about the hooligan addiction theory and the frustration theory that why people are used to following or supporting the group, as there could be various social issues with a person personality that are based on different holistic approaches (Ward, 2002)

Police need to be concerned in order to control the behavior of the supporters; the British authorities contain or implement the approach in order to reduce the violence at soccer matches. The stadiums need to follow and need to implemented policies and regulations that proved to be effective for the reduction of violence. There can be the focus on education and training to the staff of the stadium so that violence in stadium could be stopped, the restrictions need to implement. In the research there is the discussion about the framework’s that needs to be developed for the comprehensive response, however, the effective framework by the spectators can block the opportunities for violence, as there are also the need to implementing the interventions, therefore, the initial planning is needed to be considered (Madensen, 2008)

Regarding focused on the conclusion, it could be said that scientific inquiry states that the fan violence is based on the facts about the phenomenon, there are also many theories on the people behavior and fan violence. Violence is known as the planned activity that includes the verbal attacks and the physical assaults. The researchers we did focused on the theoretical framework and discuss the social problem and moral panic that are reasoning in the violence in stadium. Violence in stadium can also explain the patterned behavior that one do for the satisfaction; one can support the act of violence, as there could be the threats of the social fabric. Violence can also be exaggerated when public or team representatives, create more problems and create propaganda of the situations.

Stupidity at its Best in Sports