Home > Projects/Reports > Should Underage Alcohol Drinking Be Allowed in Military

Imagine a military that promotes or tolerates the youth under the age of twenty-one years engaging in the drinking of the alcohol! It is unfathomable to have the kid that drinks alcohol in the military. The debate on whether to allow the child to possess and consume alcohol raises serious arguments and counterarguments. The proponents of underage alcohol drinking argue that the child is responsible for having access and drinking alcohol. The supporters emphasize that the fact that the child care in the military implies they are mature and can handle different issues responsibly. Conversely, the critics point out that the statute forbids drinking alcohol from those under the age of twenty-one years. Whether a person is engaged in military or non-military activities should not possess alcohol and use it. Notably, the people who condemn underage drinking argue that fair compliance of the law is paramount, and military youth are not above state and local rules. Given the diverse views, discussing underage drinking and its effects on the military’s youth is important. The military does not require the underage possession and alcohol intake to promote discipline and successful performance of duties. 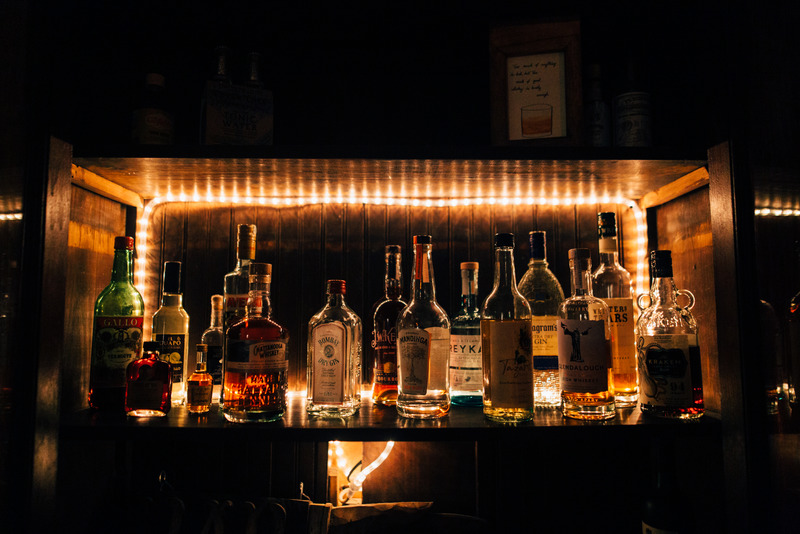 The legislation forbids the possession and consumption of alcohol by individuals under the age of twenty-one. In fact, Article XXI of the US Constitution explicitly specifies that someone under the age of twenty-one should not be drinking (Arnold-Burger 1). Whether it’s in the military or not, the enforcement of state and local laws is equally relevant. The critics of the military’s underage use of alcohol are correct to express US and local legislation banning the youth from liquor. In matters centering on the proposal, each individual is equal. The 1984 National Minimum Drinking Age Act requiring all states to officially prohibit underage from buying or consuming alcohol would ensure that the military does not encourage young people to consume alcohol (Saunders and Rey 95). In this regard, the laws’ minimum age extends to all State services, including the military. The statement underpins the argument that requiring the underage in the military to indulge in consuming alcohol would be against the law. In the past, the military has tried to abide by the law, particularly at the U.S.-Mexican border where Mexico allows to drink from underage people. The same spirit will continue to make the USA a nation that abides by the law. It is noteworthy that everybody complies with the laws, and the military should be at the forefront in ensuring nobody contravenes the state and local legislation. In sum, the military should respect the law and prohibit the youth under the age of twenty-one years from drinking alcohol.

The move to allow underage drinking will jeopardize the efforts of the military to deal with the perennial drinking problem. Arguably, the consumption of alcohol is a persistent challenge that has plagued the military for decades. Genevieve and Carol argue that the drinking problem in the military is attributable to boredom, loneliness, stress, and lack of recreational activities (253). Due to the rampant drinking of alcohol in the military, the efforts to restore the responsible use of liquor are underway. Hence, allowing the youth to possess and consume alcohol will have negative implications for the worthy task.

What is more important is to focus on the ways of ensuring that the military controls the drinking behavior of its personnel to execute the duties responsibly and expeditiously. A plausible reason does not exist to underscore the significance of allowing the underage to drink alcohol. If permission to drink could augment the efforts of the military to curb alcohol consumption, it could be a better endeavor. However, allowing the youth to consume alcohol will aggravate the situation. Therefore, it is meaningless to permit the underage drinking of alcohol in the military when stakeholders are exploring ways of minimizing alcohol consumption behavior.

Permitting the youth to engage in alcohol drinking will affect the execution of various duties in the military. Voas, Johnson, and Lange contend that promoting underage drinking can affect their ability to perform tasks expeditiously (646). The assertion underscores the significance of disallowing the youth to engage in the habit of drinking alcohol in the military. It is noteworthy that the military plays an essential role in maintaining the security of the nation. Specifically, the US army has the mandate to defend the country, serve the Americans, fulfill national military responsibilities, and protect critical national interests.

Moreover, the army should be at the forefront in providing essential logistics, as well as the support that facilitates other national services to attain their missions. The duties mentioned above require the military to be sober and in the right frame of mind. My argument is no one who has indulged in alcohol can execute the duties swiftly and expeditiously. The implication is that allowing the youth to possess and consume alcohol will affect their capacities to respond to the demanding responsibilities of the military. Consequently, the failure of the child to play their roles well will endanger the security of the entire nation.

The brains of the youth are not mature enough to regulate their drinking behavior, and allowing them to consume alcohol might affect their health. The health implications of indulging in alcohol are dire. Notably, the irresponsible use of alcohol can result in impaired brain development and injuries. Studies indicate that drinking a lot of alcohol tends to affect the brain development of the people under the age of twenty-five years (Saunders and Rey 82). It is worth noting that the youth’s brains are still developing. The implication is that allowing the immature child to consume alcohol will damage healthy brain development and endanger the lives of the minors.

Similarly, injuries stemming from irresponsible drinking are rampant among youth who consume alcohol. My point is the United States wants to see a military that is healthy to respond to any security alert. Injured military personnel cannot counter any acts of insecurity. Therefore, it is advisable to disallow alcohol consumption among the military personnel under the age of twenty-one years to save the lives of the youth from the detrimental health and physical effects of liquor indulgence.

The proponents of underage drinking argue that the youth are old enough to consume alcohol. The fact that the child is in the military implies they have reached maturity levels, which warrant them the freedom to do what their older counterparts do. Tilghman indicates that lawmakers, especially in Georgia, have attempted to change the laws, which cap the drinking age. The amendment of the current regulations will ensure the youth can possess and drink alcohol in the military (Tilghman). People at the age of twenty-one years indeed appear physically mature. The proponents are right to quote the age factor in advocating for the lifting of the drinking age limit. However, the proponents should realize that the youth makes a voluntary choice to join the military. Joining the military does not imply that the teen is mature in the brains. My point is that physical maturity does not always result in brain maturity. Studies have pointed out that people under the age of twenty-five years do not have the brain capacity that can make conscious decisions. Arnold-Burger argues that allowing such young military personnel to drink alcohol will have detrimental impacts on their brain development (1). Therefore, the proponents need to examine the issue of drinking from a multi-faced approach.

The proponents cite the ability of the youth to manage their affairs while in the military. Tilghman contends that the child in the military can marry and manage their finances. The supporters are right that the youth in the military exhibit a high level of management of the first affairs. For instance, the child can respond when called to duty and execute their roles with a lot of skills. However, the proponents should recognize that the youth-run and manage their affairs when they are free of any alcohol indulgence. The chances of changing their behavior are high when the laws permit them to drink. The application of the law should be equal, and an apparent reason exists to underscore why the lawmakers prohibited the people under the age of twenty-one years from drinking. It is always essential to examine alcohol consumption from a long-term perspective as opposed to the short-term angle.

In conclusion, the military should not allow the underage to drink alcohol. The drinking of alcohol in the military has detrimental effects on the execution of the duties and the health of the youth. The military will continue to abide by US and local laws that restrict alcohol to citizens under the age of twenty-one. The American people deserve a disciplined army that can respond to any warning in the shortest possible time.