The UK energy market is in a transformation with different entities and investors proposing ambitious changes to improve the energy mix in the future towards energy sustainability. Illustration of the “Wicked problem” entailed in the subject of the energy crisis and fears with respect to energy management from the supply and demand concepts in the market. Stakeholders including the government through its entities such as OFGEM and the Department of Energy and Climate change among other Community Energy Strategy facilitators are all engaging accordingly in the wake of the fears of the aging energy infrastructure and facilitations (Ofgem Calls for UK Energy Reform 13). The current energy fleet whose capacity to conform to the energy requirements, climate changes, and environmental protection regulations is fading, leading to their facing out from service.

Obviously, in conceptualizing the situation throughout its current state, events such as the rise in domestic electricity bills and the millions of people living in fuel poverty reflect the “wicked problem.” Further, recent uprisings incorporating protestors chaining themselves in the context of the indigenous sources of fuel, particularly since the discovery of the North Sea Oils reflects the spread of the energy crisis fears. The frequent and persistent power outage alert expected to continue in the next three to five years from top government energy officials and relevant stakeholders, such as energy company management, represents the situation in which the United Kingdom finds itself in the energy crisis problem. (Jablonski 5801). The evidence of the current aging fleet of power stations, which in effect have damaging reputation with respect to environmental friendliness in addition to crucial infrastructure aging, all present the support for the course to initiate alternative energy sources, as OFGEM suggests in its campaign (Ofgem Calls For UK Energy Reform 13). This necessitates the course for the innovation process. 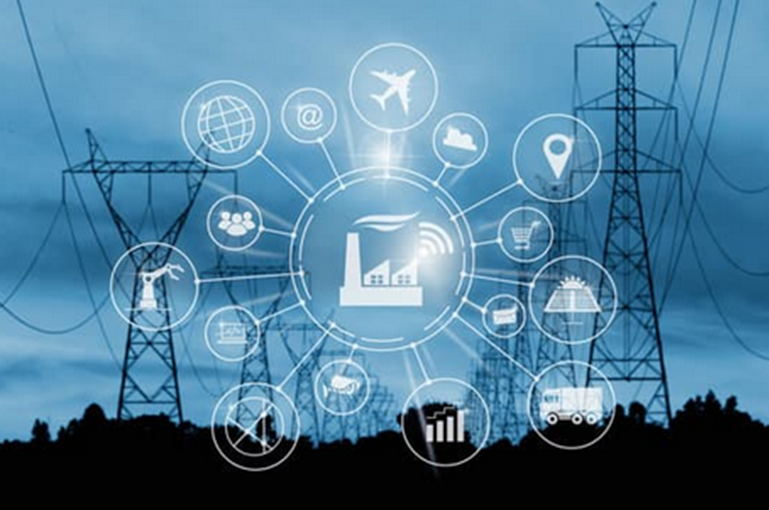 The energy sector in UK is experiencing an uphill task, having faced a combination of dire problems since the inception of the crisis in the 1970s (Jablonski 5803). Establishing a bright horizon in the name of oil and gas in the North Sea was a possibility for an energy sector whose composition and development would secure the country’s energy fears. However, the realisation followed accordingly that there is a need to create a new measure for intervening in the case. The policy interventions entailed in the government are a vital component to assist in solving the looming difficulties in the energy sector while encouraging the massive investment from the private sector. Time in this element is a factor of key consideration. The current UK power stations are running low on reserves, and this is in effect reducing the operations (Jablonski 5804). Therefore, the call to replace the energy capacity of the country remains a matter of urgency while adherence to European Union regulations on climate change, environmental protection, and pollution remains a contentious issue. These factors considered in this concept reflect accordingly on the “Wicked problem” entailing the issues in the energy sector in UK.

In a recent briefing, UK Energy Minister Baroness Verma acknowledged that the UK faces strikingly unparalleled challenges. Notably, the consumption of electricity is rising as people use more power for heating and transport among other core sectors. However, the minister also stated that government plans laid in on the subject of energy bill would consequently set a framework for increasing the energy generation by the end of this decade, spanning to 2020 (Scott & Eoin 419). The forecast in this setting would see an investment of over 110 billion pounds (Scott & Eoin 420). She set the course for the Energy Market Reforms, which would initiate the network and alliance establishment for the country in this course to deliver quality and sufficient energy supply through innovation. The quantities of energy generated ought to solve and manage the challenge that fears of power shortage in future presentations in the country.

In the network governance, innovation is a key concept entailed in the management of the deeper concerns that affect the citizens of the country. Consequently, the UK realises the conceptual need to engage accordingly in establishing governance networks that encompass the participation of key stakeholders in innovative measures towards addressing the concerns entailed in issues affecting the entire nation, as well as, threatening the future sustainability of the nation (Scott & Eoin 422). The lines of inquiry entail the establishment of the various broad collaborations entailed in the issue of concern. With respect to the course of the energy sector, the line of inquiry entails the key stakeholders and their participation capacity. The reflection of this course factors the components encompassing the citizens as potential catalysts for the government to engage in making the innovative strategies of governance more effective and legitimate. The networks of inquiry in the model of governance entail the following activities that can shape the solution to many issues of governance accordingly through innovation.

The initial proposition in the pursuit of implementing the network of innovation in governance is the Smarter Governance, towards getting knowledge. This entity is an institutionalised approach to engaging the citizens, particularly the expert citizens in arriving at informed decisions. Thus, the citizens participate in the innovation process. Smart Governance in the context of the UK energy sector would entail the engagement of the established network of scientists to facilitate informed strategies and decisions on components such as climate change and environmental issues, which effectively facilitate formulation of policy n energy production and sustenance (Saint 53).

The second concept to factor in this network of governance is the establishment of Open Data Governance, which in entirety means publishing all data out to the public. The concerned entities and institutions as well as private participants in the study regarding energy ought to make all report public for the citizens to identify with the data and analyse it accordingly, which in effect aids in detecting and solving the problem. for instance, in this concept, the UK minister of Energy facilitate a public account of the issue and allowed for the citizens to debate accordingly on the issue of initiating bill to engage new and renewable sources of energy (Saint 54). These proclamations evidently reflect the significant milestones entailed in establishing the governance network in the industry, effectively addressing the concern of energy as the citizens participate actively in facilitating a solution to the problem.

The third entity of the networks entailed in creating and achieving responsible governance and solution to issues affecting the country is the administration of Shared Governance, which, in essence, means engaging the distribution of responsibilities. The government through the institutionalisation of responsibilities would delegate the various responsibilities to the citizens empowering them accordingly to develop the solutions to the issues affecting the country. In the course of the budgeting and financial administration of the energy sector, the government could essentially initiate measures of citizens’ participation in which they have a say in the allocations for the energy sector. The energy problem entails establishing solutions that reflect a comprehensive research and analysis of empirical evidence, which in effect will create establishment of solutions to last longer and bear more results in addressing the issue of concern (Saint 53). Therefore, the aspect of networks for innovation and the participation of key entities in the course of the issue will effectively help in approaching the concern in the future of the power supply and sustainability.

OFGEM as a core entity in the energy sector of UK has a significant commitment to supporting the transition entailed in the energy market (Ofgem Calls For UK Energy Reform13). The transition, which aims to focus and major on secure, low-carbon and affordable energy, is an integration of the UK as well as the wider European energy market. Thus, as such, work is in progress to address the various challenges in the trading arrangements that face the adoption of the innovations and market trends regarding the energy sector. The assimilation of consensus in approaching the issue with respect to sustainable and environmental friendliness in the energy concern reflects accordingly in supporting the course of the energy crisis. The future of the UK energy sector is in the adoptions of the bill as pushed by OFGEM towards instituting renewable (Green) energy.

The UK in addressing the issue is engaging its line of inquiry in varied energy alternatives, as a means for managing the imminent energy crisis. The energy sector identifies that the declining output of the primary energy sector requires an establishment of an energy mix latest in 2020 to factor all components of the likely energy shortage. Consequently, in identifying the issue, the government projects that two sources of energy are likely to dominate the industry. However, the substantial decline in the generating capacity following the establishment of emission standards coupled with the course to move to low-carbon energy are all components the supplies view as a political tool advancing the issue of energy shortages projected in the future.

Therefore, to harness the future possibility of energy shortfalls, the government is left no choice but to engage the policy aimed at developing secure, diverse, affordable and low-carbon supplies. These sources factor the sectors entailing renewable generation, nuclear power, energy efficiency programs, and pipelines for importing gas from Norway and continental Europe sources. Further, the government ought to factor the component in infrastructure improvements to include better electricity grids that are smart in facilitating the community-based strategies for managing the course of energy demands in the country (Energy and Utilities Infrastructure 52).

However, in the course of these establishments, which aim to address the concern over energy supplies, the issue arising in the discussion is securing major funding that will see the comprehensive coverage of the new energy generation. It is evident current structures and the liberalised market is not in capacity to deliver the expected energy generating capacity and infrastructure, which is an urgent supplement for the energy sector (Energy and Utilities Infrastructure 57). Consequently, UK is in need to establish smart governance in which it will engage the citizens and private investors in the energy industry. In this aspect, the government in its energy plans will facilitate the private companies to take the major shares of investment in the procedural generation and distribution of the energy. However, the course will shift a balance over the concern of payback for these private investments. Further, issues of uncertainty with respect to planning and the planning regime are also concern deterring the companies from investing accordingly. Consequently, the course is shifting the course of the time frame entailed due to delays in costs, which are impairing the course of the projects as envisioned. Thus, the concern and worry over the possibility of future blackouts continue causing tremors among the populations in UK. The concern over whether the UK renewable is achievable also remains a significant issue. As of 2008, only 2.25% of the energy sources were renewable in the UK (Saint 51). However, the country targets a 15% renewable energy supplies by 2020 a proposition reflecting the significant commitment to the project (Saint 51). The strategy, therefore, is to factor measures of achieving the maximum potential from the renewable sources of energy accordingly.

In conclusion, the future of energy in the UK is a significant subject. The Energy Sector Innovations focus accordingly on the environment costs in the course of developing energy economy. Consequently, developing a sustainable energy landscape for the future is certainly an issue with a range of scenarios. The range of the energy scenarios entails the aspects of security of the energy supply, its affordability, and sustainability. The scenarios entailed include green energy and low carbon life in delivering the UK energy economy. The stakeholder analysis reflects the course of consultations as all participant components of the inquiry network in the energy sector.