Recognizing the wide economic and environmental challenges arising out of climate changes a number of intergovernmental agencies under the auspices of the United Nations took significant steps to raise public awareness.[1] The United Nations Environmental Programme together with the UN’s World Meteorological Organization  set up an intergovernmental effort to manage “anthropogenic climate change.”[2] The result was the Intergovernmental Panel on Climate Change (IPCC).[3]  In its commitment to the mandate of the IPCC, the UK passed the Climate Change Bill.  The IPCC’s primary goal is to coordinate international commitment toward a formulation of strategies aimed at managing the issues that give rise to climate changes.[4]  This paper critically examines the UK’s Climate Change Bill and whether or not it effectively responds to the issues created by virtue of climate change.

The IPCC organized sufficient interest in the dangers posed by climate change to compel the UN’s General Assembly to take the challenge a step further.  The result was the organization of an Intergovernmental Negotiating Committee which formed the basis for a number of Earth Summits from 1991 to the present.[5]  The subsequent United Framework Convention on Climate Change (UNFCC) includes about 200 countries, including the UK.[6]  The definition of climate change can be gleaned from the primary goal of the UNFCC which is as follows:

…stabilisation of greenhouse gas concentration in the atmosphere at a level that would prevent dangerous anthropogenic interference with the climate system.[7] 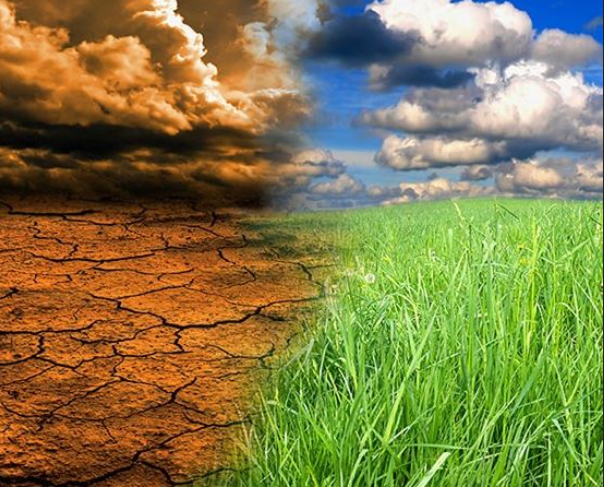 Even so, the UNFCC defines climate change as follows:

…a change of climate which is attributed directly or indirectly to human activity that alters the composition of the global atmosphere and which is an addition to natural climate variability observed over comparable time periods.[8]

Since the word anthropogenic in Article 2 of the UNFCC refers to human activity and Article 1 speaks directly to the impact of human activity on climate changes, the UK’s Climate Bill understandably seeks to regulate and change human behaviour. Therefore, the emphasis is on that aspect of human activity and conduct which creates the greatest environmental challenges in relation to climate change. Gas emissions have been identified as the catalyst to climate change, as gleaned from UNFCC Article 2. It therefore follows that the UK’s Climate Change Bill would concentrate it efforts in that area.

In a speech on the Climate Change Bill by Member of Parliament, the Right Honourable Hilary Benn, the MP noted the extent to which individual and collective responsible is strong aspects of climate change need to be circumvented.  Benn noted that the Climate Change Bill focuses on “sustainable development” and encapsulated “everything we do as a country.”[9]  To this end the UK’s Climate Change Bill, unapologetically takes the position that:

There is no longer any real debate over the fact that climate change is happening and that man-made emissions are the main cause.[10]

To this end the Climate Change Bill is single-minded of purpose. That purpose is to enforce a regiment that modifies sustainable development with consequences for the ways in which individuals conduct their daily lives and the collective conduct of business and daily lives in the UK as a whole. The Climate Change Bill is characterized by this single purpose and is evident in the Bill’s key principles and elements.  In short the Bill aims at reducing carbon dioxide emissions in four main ways.

The UK’s Climate Change Act is every country’s first legislative attempt to legally tie a world to the legal obligation to reduce carbon dioxide emissions.[18] The commitment to reduce global carbon dioxide emissions was intensified by the Committee on Climate Change’s recommendation that the UK government targets an 80% emission reduction by the year 2050 rather than the Bill’s stated target of 60%.[19]  This proposal was accepted by parliament although in the interim, the UK has legally bound itself to a 26-32 percent reduction by 2020. The result is that:

Legally binding five-year carbon budgets will be fixed 15 years ahead to keep it on course.[20]

The initial target of 60 percent carbon dioxide emissions reduction commits the UK government to an emission’s budget of any where between 5.5 and 6 billion tonnes of carbon from the year 2000 to 2050.[21]  The fact remains, the UK Government’s target emission budget as encapsulated in the Climate Change Bill specifically does not take into account the emissions arising out of aviation and shipping. The Bills’ commentary accounts for this failure by stating that emission originating from aviation and shipping are not targeted by the UN or the EU.[22]  The Bill further states that:

And there is currently no international agreement on how to include these emissions in national inventories.[23]

Be that as it may, Bowe and Anderson argue that, a global climate change regime does not segregate sources of carbon dioxide emissions.[24]

The reality is that the UK’s shipping and aviation industries contribute to at least 50 percent of the carbon dioxide emissions in the region.[25] By failing to target shipping and aviation forms of carbon dioxide emissions the UK has effectively set an unrealistic target with respect to reduction of emissions in general. The fact remains, the target to reduce emission by 60 % by the year 2050 is not scientifically possible if aviation and shipping targets are left to operate at will.[26]

The larger question however, is whether or not there are any legal consequences for the UK if it fails to meet its emissions reduction budget and aims by the year 2050. The government failed to make provision for legal consequences in the event of failure to meet stipulated targets and merely provides for the government to make full and frank disclosure for its failure in Parliament.[27] The duty is therefore an “unqualified” one which requires only that the government uses its “best endeavours” to meet the emission reductions target.[28]

The failure to make provision for sanctions in the event the government fails to meet its targets with respect to carbon dioxide emissions compromises the legally binding nature of since enforcement the Climate Change Bill is the cornerstone of any legally binding measure. Reporting provisions and declarations appear to be the only method of redress or corrective action. As McMaster notes:

While declarations that the duty has been breached will be available, they achieve nothing because they add nothing to the reporting provisions already in the Bill.[29]

McMaster notes further that the authenticity and effectiveness of a legally binding measure can only be effected by three “potential consequences of any significance.”[30]  These consequences are, “compensation for the victims” in the event of a breach of the statutory duty, “criminal sanctions against Secretaries of State” in breach of the duty and “orders for corrective action.”[31]

Although the Climate Bill 2007 fails to make provision for either of these three classes of remedies for breach of the statutory duty, the common law has made provision for the enforcement of and corrective action in respect of breaches where the statute is silent as to remedies.  For instance in Cutler v Wansworth Stadium Ltd [1949] AC 394, 407, Lord Simonds noted that:

If a statutory duty is prescribed by no remedy by way of penalty or otherwise for its breach is imposed, it can be assumed that a right of civil action accrues to the person who is damnified by the breach. For, if it were not so, the statute would be but a pious aspiration.[32]

Moreover, in Reg v Horseferry Road JJ Ex Parte I.B.A [1987] 54, the Court of Appeal maintained that when a statute creating a duty failed to make provision for remedial redress the court was at liberty to use a wide discretion to impose fines and criminal penalties in respect of that breach[33]. It therefore follows from both of these cases, that the government’s failure to make provision for corrective action in the Climate Bill will not function to relieve it of liability in the event it fails to meet its target budgets for the reduction of carbon dioxide emissions.

Taking into account the Climate Bill’s silence on the appropriate corrective action in the event the emission reduction goal is not met and the common law position on implied remedies when the act creating a duty does not make remedial provision, there is only one realistic conclusion.  The conclusion is that Parliament intended that the judiciary determine the appropriate remedy to be applied. But as McMaster explains this method of redress is flawed because:

The reality is, the regulation of a budget and government targets should properly remain a matter for the government and not the judiciary.  Moreover, it is highly unlikely that the courts will “fashion a corrective remedy.” [35]  This creates the impression that the Climate Change Bill is no more than a misnomer, which is essentially unbinding on the government and has very little legal effect.