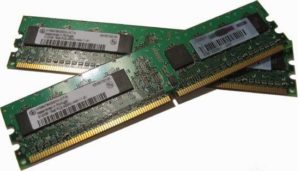 In computing, memory refers to the physical devices used to store programs (sequences of instructions) or data on a temporary or permanent basis for use in a computer or other digital electronic device

External memory typically refers to storage in an external hard drive or on the Internet. The main “memory” in the computer is the computer work-space, not its storage facility.

External memory which is sometimes called backing store or secondary memory, allows the permanent storage of large quantities of data. Some method of magnetic recording on magnetic disks or tapes is most commonly used

The capacity of external memory is high, usually measured in hundreds of megabytes or even in gigabytes 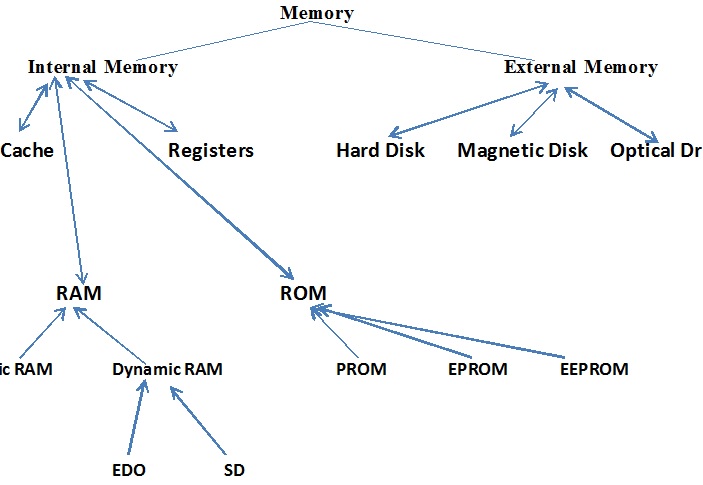 Random access memory, or RAM, is memory storage on a computer that holds data while the computer is running so that it can be accessed quickly by the processor. RAM holds the operating system, application programs and data that is currently being used.

RAM data is much faster to read than data stored on the hard disk. RAM is stored in microchips and contains much less data than the hard disk. RAM can never run out of memory, but the processor must overwrite old data if the RAM is filled, which results in slower computer function. Any file stored in RAM can be accessed directly if the user knows the row and column where the data is stored.

Static RAM stores a bit of information in a flip-flop. Static RAM is usually used for applications that do not require large capacity RAM memory.

Static(RAM) is a memory technology based on flip-flops. SRAM has an access time of 2 – 10 nanoseconds. All of main memory can be viewed as fabricated from SRAM, although such a memory would be unrealistically expensive.

Dynamic RAM data store one bit of information as a payload. Dynamic RAM using a substrate capacitance gate MOS transistors as memory cells shut. To keep dynamic RAM stored data remains intact, the data should be refreshed again by reading and re-write the data into memory. Dynamic RAM is used for applications that require large RAM capacity, for example in a personal computer (PC) 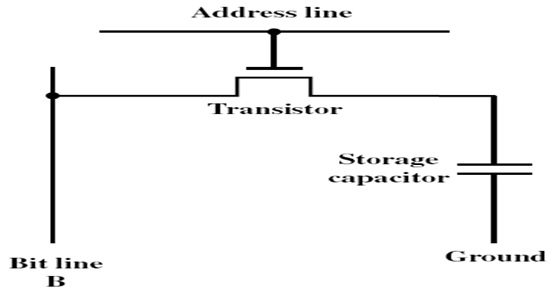 Sometimes can be erased for reprogramming, but might have odd requirements such as UV light or erasure only at the block level

Sometimes require special device to program, i.e., processor can only read, not write. 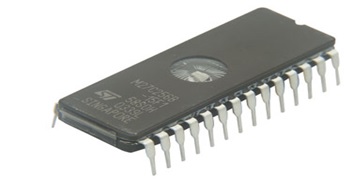 If the content is determined by the vendor ROM, PROM sold empty and can then be filled with a program by the user. Having completed the program, fill PROM cannot be removed.

EEPROM can store data permanently, but its contents can still be erased electrically through the program. One type EEPROM is Flash Memory. Flash Memory commonly used in digital cameras, video game consoles, and the BIOS chip.

Cache is generally divided into several types, such as L1 cache, L2 cache and L3 cache. Cache built into the CPU itself is referred to as Level 1 (L1) cache. Cache is in a separate chip next to the CPU is called Level 2 (L2) cache. Some CPUs have both, L1 and L2 cache built-in and assign a separate chip as cache Level 3 (L3) cache. Cache built in CPU faster than separate cache. However, a separate cache is still about twice as fast from Random Access Memory (RAM). Cache is more expensive than RAM, but the motherboard with built-in cache very well in order to maximize system performance. 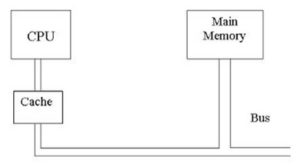 Cache serves as a temporary storage for data or instructions needed by the processor. In addition, the cache function to speed up data access on the computer because the cache stores data / information has been accessed by a buffer, to ease the work processor.
Another benefit of cache memory is that the CPU does not have to use the bus system motherboard for data transfer. Each time the data must pass through the system bus, the data transfer rate slow the ability motherboard. CPU can process data much faster by avoiding obstacles created by the system bus..

Effects of Emerging Technologies on Businesses

Implementation of Cloud Computing in City of Pittsburgh