There exist legal and ethical issues in every business or workplace. Toyota also faced legal and ethical problems. Here are the detailed examples of these problems. In 2009, Toyota encountered a difficulty related to unexpected accidental acceleration on specific models. Toyota takes counteractive action over the command of U.S government. Toyota resolves unintended acceleration problem by cutting and reducing the length of accelerator pedals. This issue was noticed when the brand new 2002 Lexus ES introduced in the global markets. The U.S engineers sent a test report to Japan. The luxury Toyota car was manufactured and designed with the poor combination of gears.

This warning was sent to Toyota Executive Vice President on May 16, 2001. Later on, another Japanese executive sent a notice to the top management of Toyota and the new Lexus ES was ready to hit the global market on October 1, 2001. In years to come, many buyers of Lexus ES found the transformation problems. So the Lexus ES 2002-2006 models would become a mark of lawsuits, complaints and safety investigations. Toyota recalls all Lexus ES models, which were around 320,000. Toyota provided their clients with the facility of repairing accelerator so that in future, no further crashes should occur due to manufacturing and designing default of accelerator. (Eurologo.org, 2015) 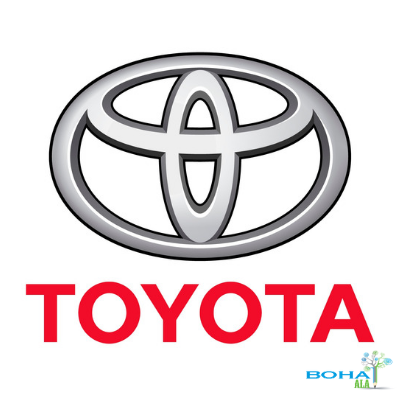 On December 27, 2012, Toyota management takes an initial step to resolve these legal and ethical problems of manufacturing. With a planned expense of almost one billion dollars, Toyota tried to legal issues came across previous years. This statement includes that company will give claim to those owners who complained issues related to unintended acceleration. Despite this situation, sales of vehicles were increased almost 29% in the year of 2012 and Toyota’s share of U.S market also increased from 12.7 percent to 14.4 percent.

Toyota focuses on resolving these problems issued by the clients during these four years. Lawsuit of Toyota claims that manufacturing defaults in Lexus ES caused for a large number of accidents, injuries, and deaths. Investigators find that manufacturing defect was in wrong-sized floor mat, which trapped the accelerator of Toyota Lexus ES. Toyota summons up its cars between 2009-2011 due to unintended acceleration issues. Toyota resolves these cases according to the decisions of government. (Universalclass.com)

It is clear that cars are the primary source of transportation. For as long as the vehicles are on the roads, manufacturing companies such as Toyota finding new methods and ways to make vehicles safe for the humans. The human factor is equally important, as other factors are considered important in the manufacturing of cars. In an order to perk up the performance of vehicles in human factor department, we have to look at the reasons behind human factors. How can a car help the driver to avoid dangerous driving behaviours?

Researchers at Toyota Collaborative Safety Research Centre (CSRC) are identifying that which kind of feedbacks from cars is effective to reduce the risk of driving. With the help of car simulator, a team of Toyota identity that substantial and cognitive actions are important to control any situation while driving a vehicle. This was one of the most needed and important factors defined by Collaborative Safety Research Centre of Toyota. Toyota Company has committed to giving 85 million dollars to CSRC into the 2020s. (Doucet, 2009)

According to the perspective of the human factor, safety and security are the most considerable element. Technology is being used in the manufacturing of cars to fulfil the human factors. For the ease of humans, in many cars of Toyota, seats have a push-up button for in any situation of the explosion, seat powering, automatic headlights, mechanical temperature control and electronic parking brakes as well. Design and manufacturing team of Toyota is focusing on the designing of vehicles to make it uncomplicated for humans. New features are introduced by Toyota such as a clear vision for drivers, reduce endeavour for manual controls of the car, new technology for the disabled drivers and furthermore additions. Manufacturing and designing team is also paying focus on old drivers. Different types of controls are featured in cars such as large size text and accurate lighting to increase the readability of old drivers. Some door handles of the vehicle are specially designed to facilitate the people with pathological conditions.

Toyota is trying to facilitate their drivers with new technological changes without off-putting their drivers. Toyota will design cars in future, which will totally base on audio and voice command. Moreover, Katie Alanson said that design of vehicles should also according to the women and fashion choices. She said that she always carry a pair of slippers along her because it is difficult to drive a car wearing heels. However, Toyota is designing vehicles according to human factors.

In the twenty-first century, intercultural awareness is the main factory to success. Culture is a deeper standard of ideas and assumptions shared by the members of Toyota. Cultural factors are important because these factors affect the strategies, formation, and performance of Toyota Company. An optimistic and outcome-oriented Toyota company culture plays a significant role to improve the performance, capacity to execute new business strategies and overall excellence in the business. Positive cultural factors in Toyota are caused due to the effort of employees. These cultural factors are important for the development of company’s particular skills, self-rule, and innovation, which can increase quality. (Markgraf)

The most important thing in Toyota is to develop and maintain cultural factors and stick to these factors. Companies such as Toyota can transform the culture with the objective of improvement. Employees of Toyota retrained to solve the problem faced by the organization. The change must adopt from top management and then others. For the purpose of transformation in Toyota, the company used middle-level managers as transform agents. Toyota’s employees make almost one million methods for the improvement per year. Executives of Toyota Company have shaped a culture that supports and recompense these actions. (Casselbury, 2018)

Environmental factors are internal and external factors that can provide a substantial amount of information. External factors, which are included in Toyota Company, are

Political forces are influence the policies at managerial and government level and affect Toyota company. As we know that vehicles are the main product and subject of Toyota, so the government encouraged the manufacturing company to enhance the competence of fuel. If there is a deficiency of political factors, it would be difficult for the company to execute long-term plans due to numerous changes in policies.

In Toyota, economical environmental factors are necessary to for economic policies, trade system, level and allocation of revenues, which affect the business enterprise. This economic factors the manufacturing and sale of hybrid cars of Toyota.

Toyota Company faced the social environmental factors as well which shows the social culture impact on the company. In the case of Toyota, following are the social environmental factors such as customer’s growing interest in hybrid cars, growing interest in electronic cars and high prices as well. Toyota has an opportunity to facilitate the customers with new cars that can be hybrid and electronic cars. Toyota must consider the cost strategies as well. According to an estimate that most middle-class people are buyers of Toyota.

Competitors are the biggest downturn for Toyota. Toyota must modify the activities based on the response of different competitors in existing market. Toyota needs to recognize and understand the strategies used by the competitors and take action through modifying their product and services. A competitor of Toyota hybrid cars in the market is Honda Company.  Quality of services and technical features of a new car can compete competitors in the global market. (Harris)

The company should identify and execute this technological factor rapidly and must have the ability to adopt new technology. In the company of Toyota, use of e-commerce and mobile phone technology are the opportunities and cyber crimes are considered as a threat to the technological environment. The company has an ability to improve its e-commerce and understand the strategy of competitor’s e-commerce. Toyota also provides services to its buyers through the facility of mobile applications. Another technological factor is tracker system, which fitted in the car and helps the driver to track the path in case of need or emergency respectively.

Moreover, safety connect feature of Toyota connects a person to emergency support. In case of any robbery and in any misshapen supporter locate the location of your car and notify you. This latest technology feature is available in Toyota Camry. Parking assist is also an application, which is used in Toyota cars to assist the driver while parking the car. Through this feature, the driver sees colour graphics for obstacles so he can park car easily avoiding hurdles and obstacles. Another, the feature is smart key system and being introduced in many Toyota vehicles including Avalon Hybrid. This feature is specially designed to unlock the car from a distance and turn on the lights for the sake ease and comfort. If you have language in your hands, you do not need to unlock the car with keys just press the button on the key and it will unlock automatically. Interior lights will turn on at night-time for ease.