25+ Countries and Why They are Better in Any Aspect Related To Health, Longevity, Productivity, and Happiness

Finland is considered the happiest country in the world. It maintained this position three years in a row. The people of Finland eat cakes and have coffee. They relax and enjoy themselves. They are much healthy and calm because they have a special diet, includes; cabbage rolls, pea soup, fresh cow milk cheese, yogurt, mashed potatoes, etc. The country maintains this status because it has one of the best education systems compared to other countries. Japan, South Korea, and Singapore outranked Finland’s education system, but it wasn’t for too long. These are cultural attributions of Finland that make its people happy among different countries. 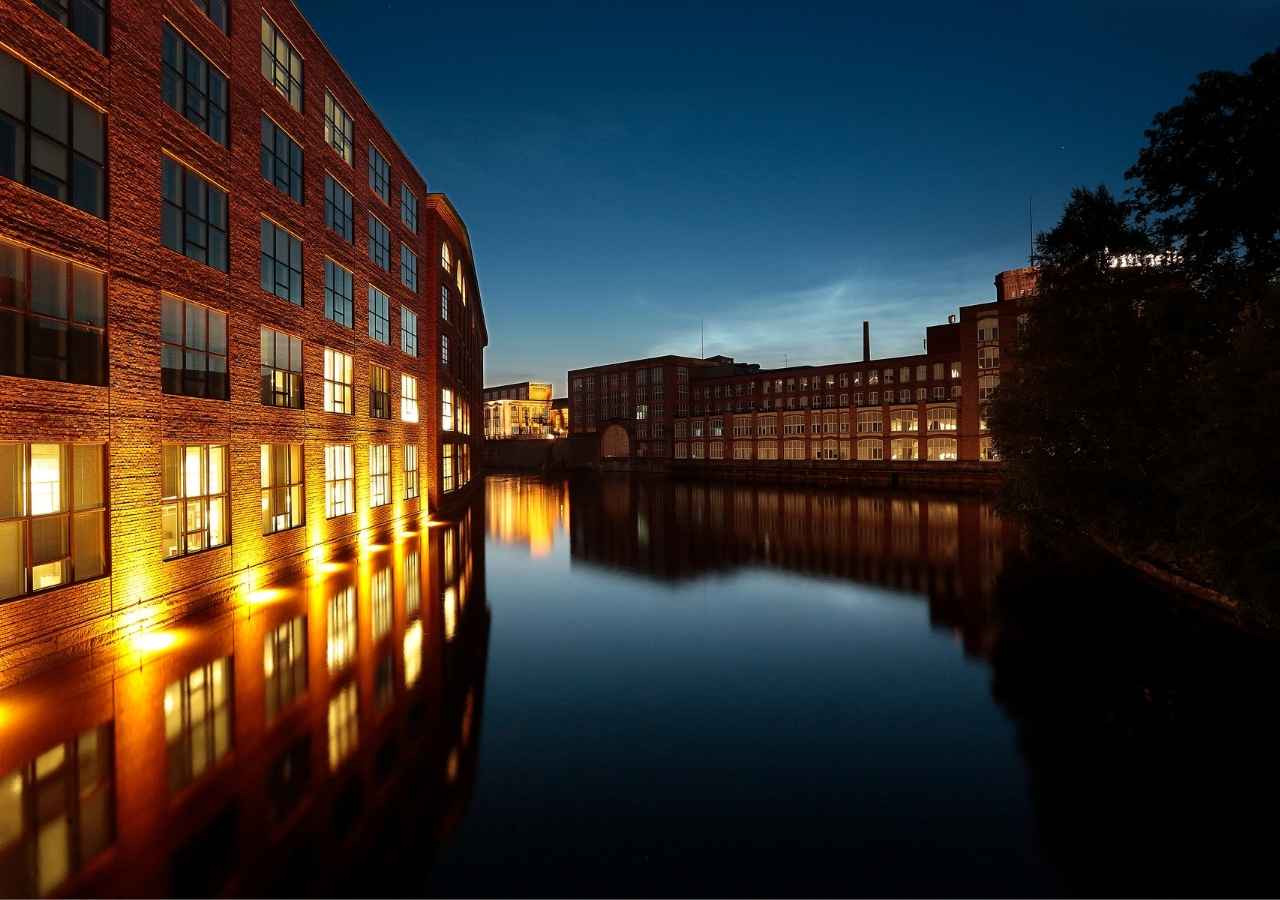 Denmark is the second happiest country in the world. It has maintained this spot for quite some time. The state ranks top in all major data charts related to social support and life expectancy. The people of Denmark are very generous. They are very healthy because of a good diet, including meatballs, liver paste, pork tenderloin, and roast port. People mostly used bicycles for commuting, which is right for your health. The coastline is vast, and you can spend your whole life exploring the beautiful coast of Denmark. The cultural attributions of Denmark regarding food and other life activities are very healthy for their community. That’s why they are among the healthiest countries in the world. 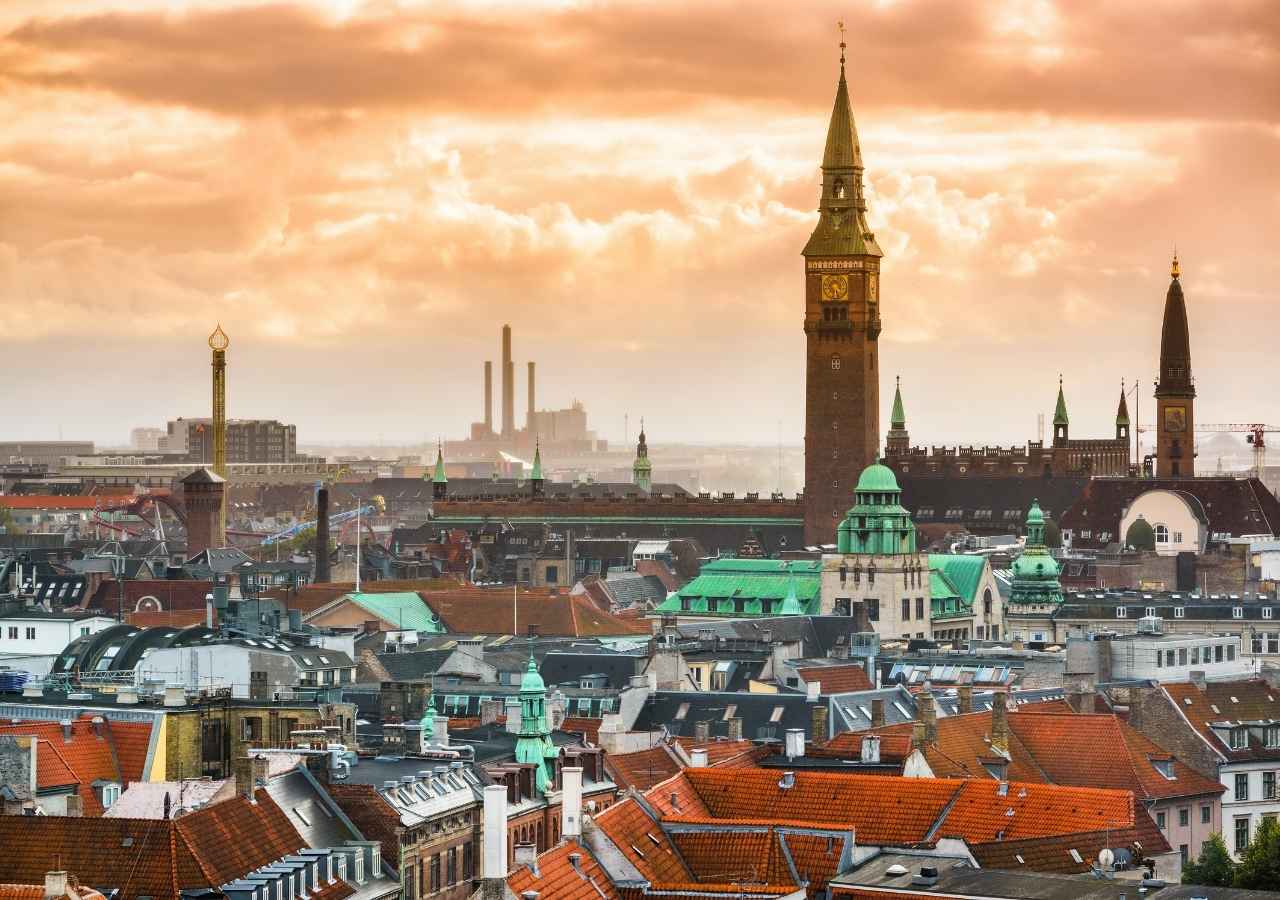 Switzerland moved to the third spot this year in the list of happiest countries. It beat out the Netherlands, Norway, and Iceland. The one primary reason for it being the third happiest country is the voting system. Switzerland is well known for its food item, which is much healthy and notorious for its people. Diet contains; molten cheese with bread, fried grated potatoes, oatmeal breakfast, and mushroom on a cream sauce. Such a healthy diet is the specialty of Swiss culture. 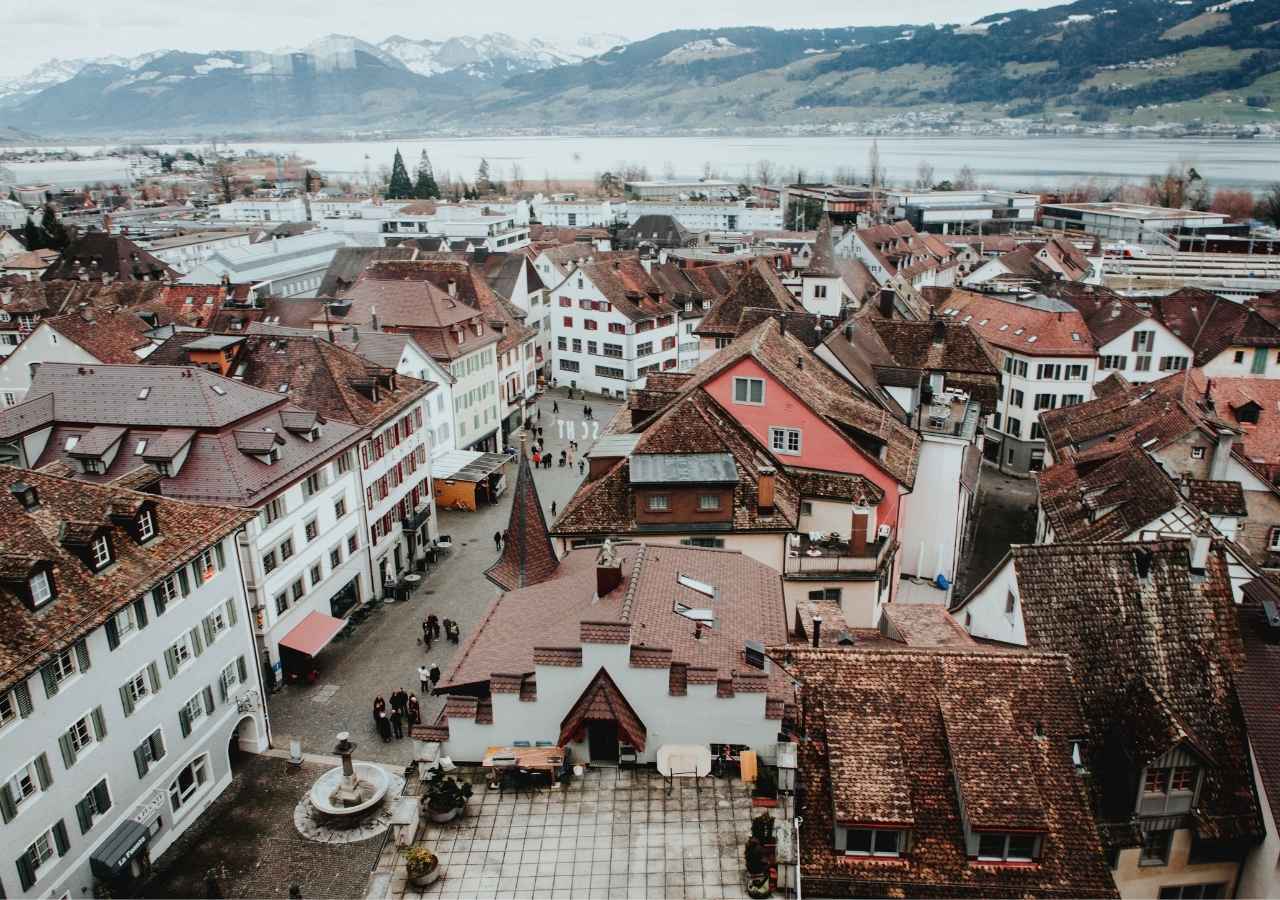 Iceland people are very supportive and help each other out in rough times. It ranks fourth in the world’s happiest countries list. The country is filled with lush green mountains and beautiful landscapes, making the environment healthier for people. The overall climate of Iceland is beneficial due to mountains and greenery. Iceland people eat fish in many different ways, like; stewed, boiled, roasted, grilled, etc. Fish is the mainstay for Icelandic people. 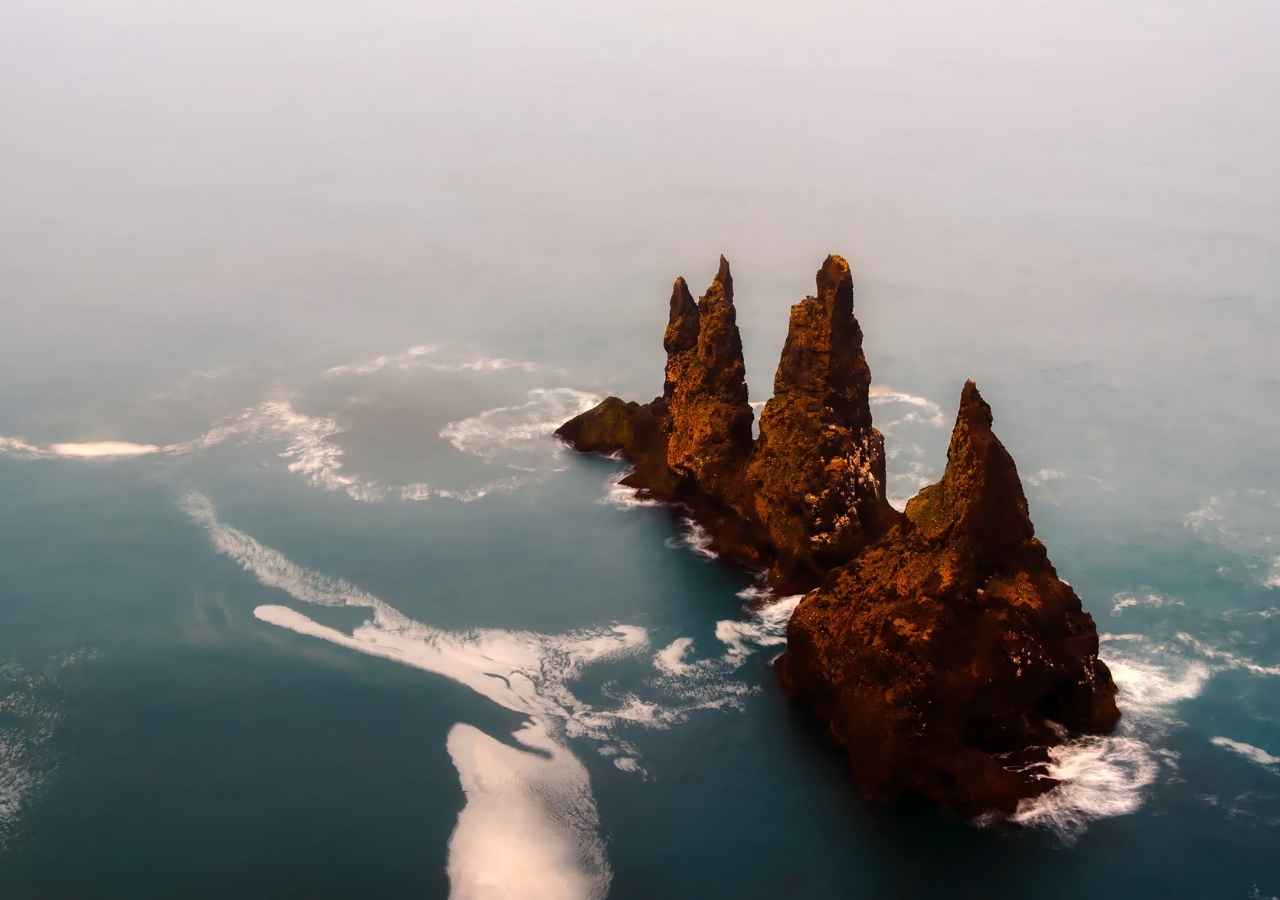 Norway was ranked number one happiest country in 2017 but since then dropped in ranking, and now it is ranked at fifth spot. The reason behind a country’s happiness is a generous welfare system implemented by the government. People eat fish for almost three to four times a week. Their specialty is shellfish, but cod, salmon, mackerel, and herring are dominating over it. Smoked salmon is the country’s primary export, which is offer served with scrambled eggs in breakfast. Fish is the cultural attribution that makes Danish people healthy and happy. 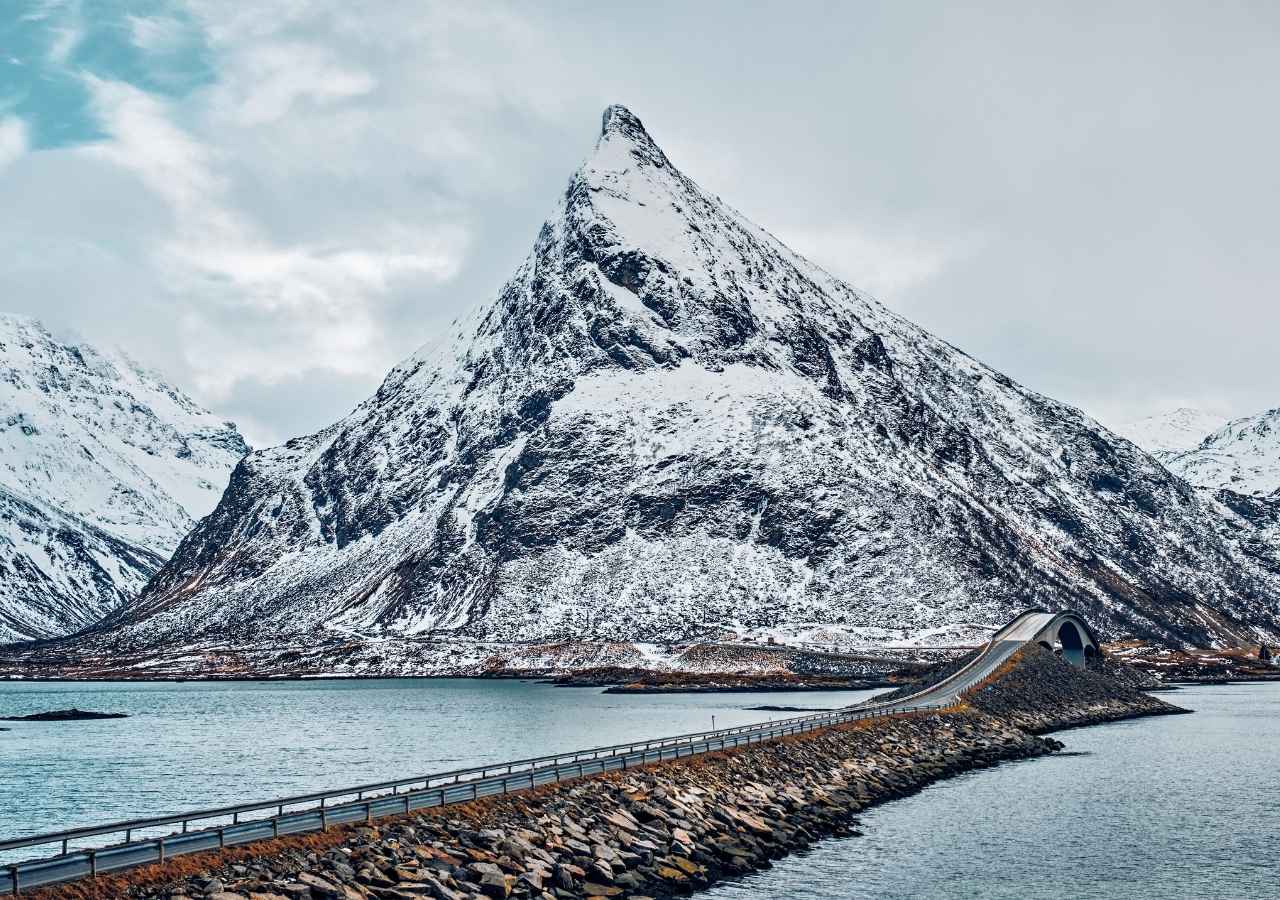 The Netherlands is also one of the happiest countries in the world. The government is prospering because of the excellent education system, security and safety, and the best medical and health facilities. The Netherlands comes at the sixth spot. Dishes involving Netherland culture are mashed kale, a stew of potatoes and carrots, pea soup, and brown bean soup. They also like some Indonesian and Chinese dishes. These make them look healthy and way happy. 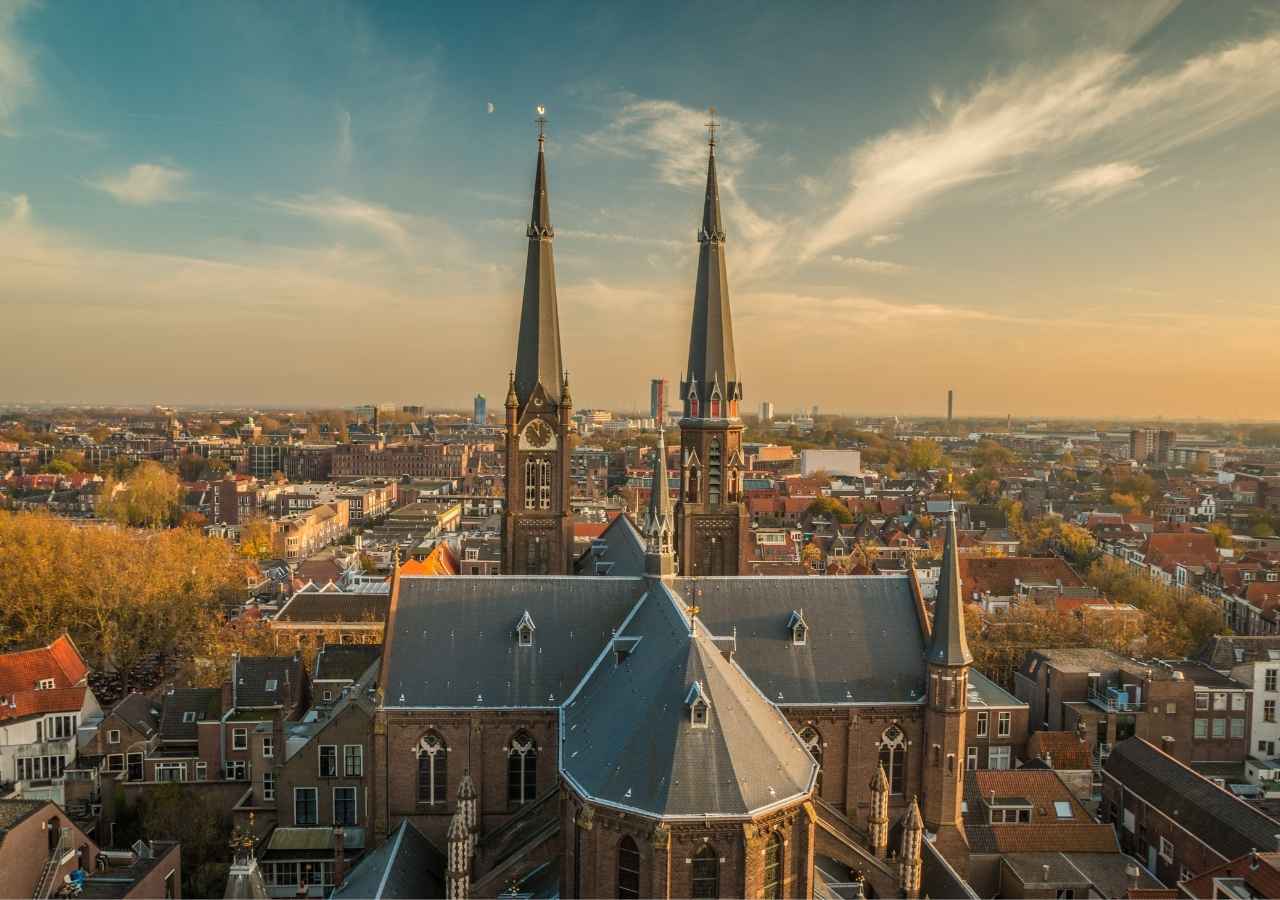 Sweden is coming at the seventh spot this year due to high GDP per capita, social equality, and a well-rounded education system. The cruise of Swiss can be understood by its unique dishes having various products in which some are meaty. Sugar bread, berries, stone fruits, port, lamb, chicken, beef, eggs, and much different seafood are their food specialties that most people eat. Their side dish is made of potatoes, which are often served as boiled. They like to eat items with high proteins, making them fit and healthy. 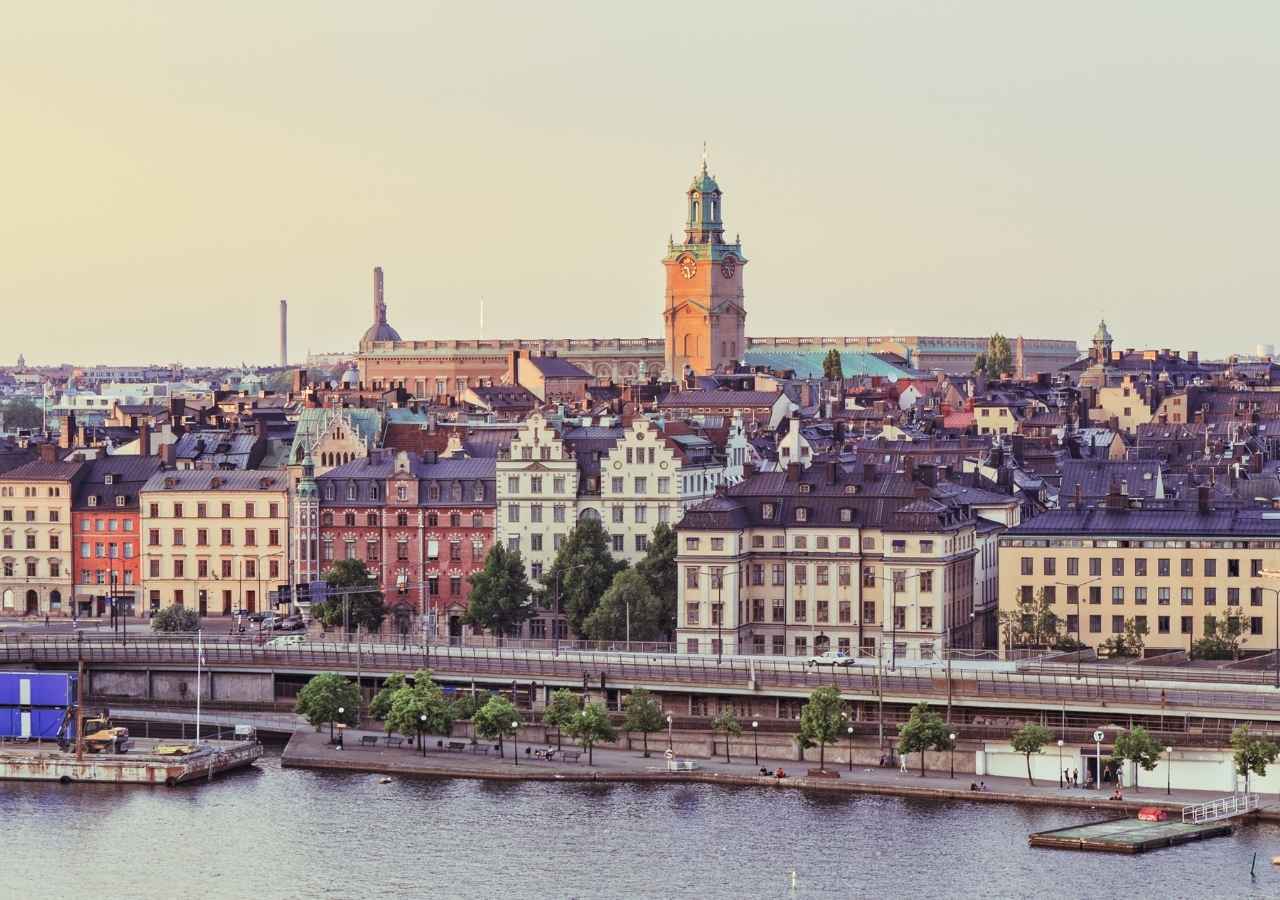 New Zealand came to the 8th spot this year by beating his rival Australia. New Zealand is filled with beautiful vineyards, mountains, and beaches. The natural beauty of New Zealand is the major contributor to the happiness of people. There Kiwis are also who are cute and cuddly. Due to the coastline of 14,000 KMs, this country has fantastic seafood. They also like to have lamb meat, chips, fish, wine, cheese, and barbeque. Their desserts are well known for sweetness. These things made this country very healthy for their people. 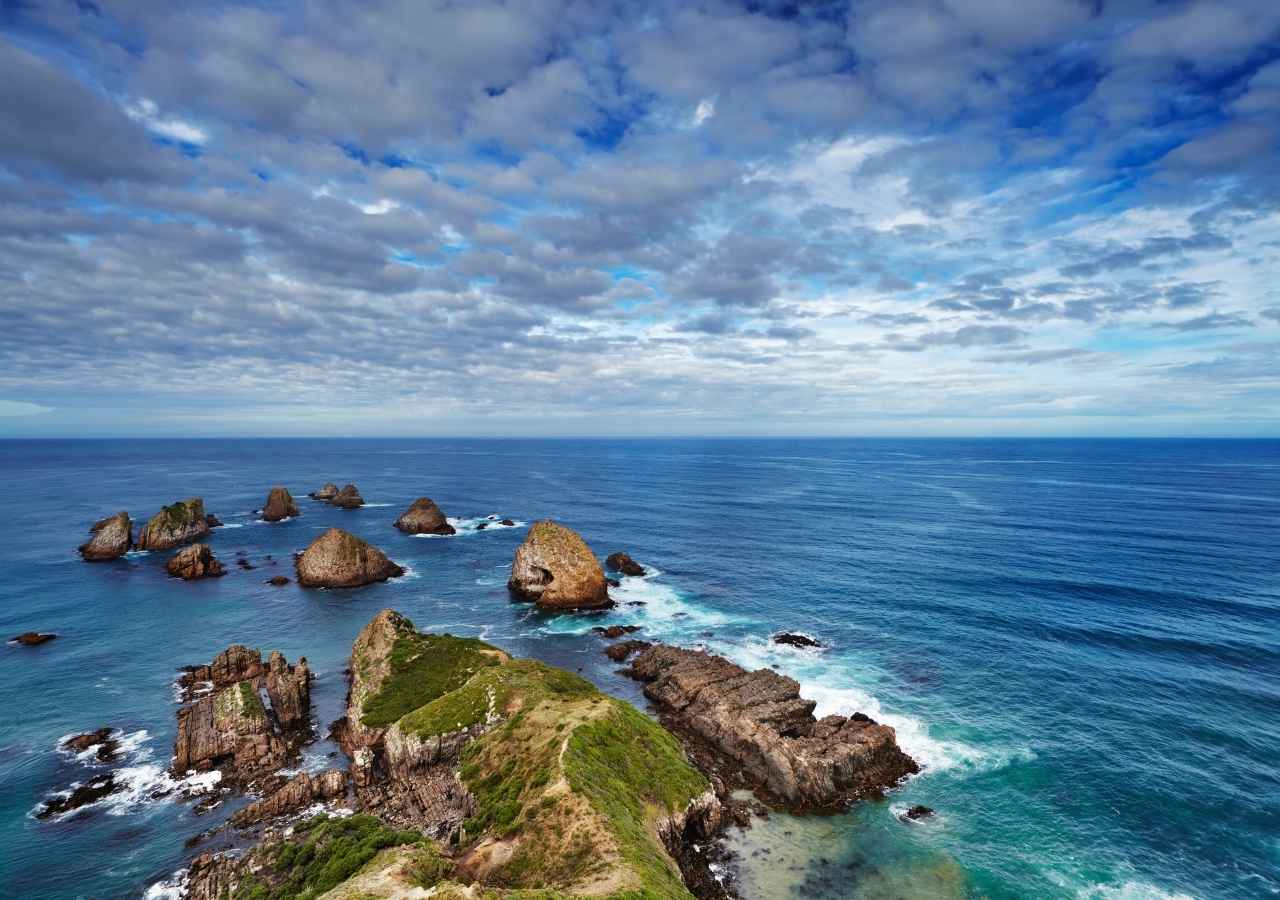 Austria has climbed to 9th spot this year due to a high GDP per capita and life expectancy rates. People are also friendly and live a healthy lifestyle. Biking is a significant commute option in this country. The most famous dish in Austria is Tafelspitz, which is referred to as the cut of meat. As usual, people are fond of fish make them healthy. They have the right environment, and sound healthcare systems make them happy and healthy. 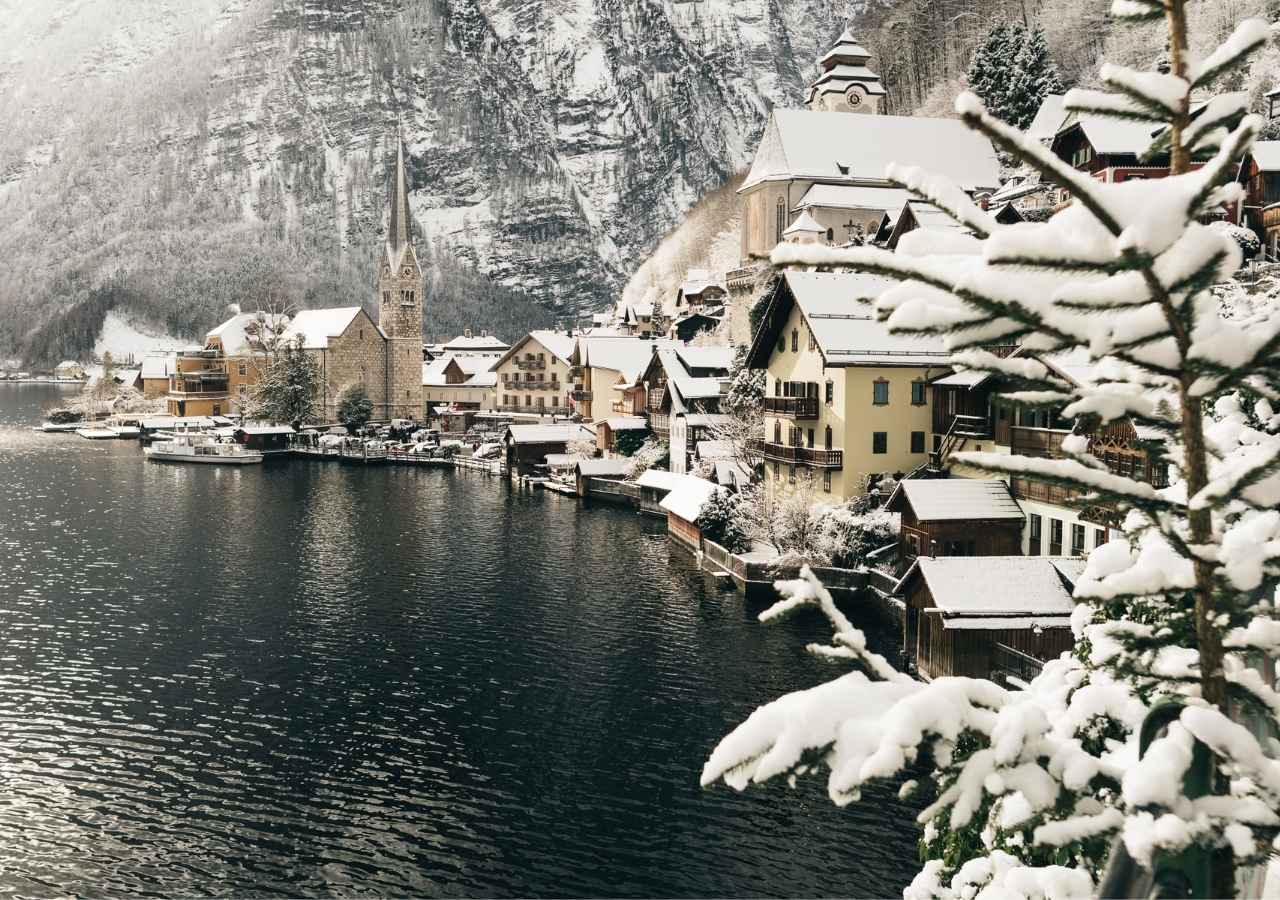 Luxembourg is a small country with a population of around 600000. It recently climbed to the 10th spot due to a robust social security system and individuals’ high salaries. Other factors include an excellent healthcare system and work facilities. People usually like to eat meat dishes, smoked collar, boiled veggies with spices, beans, and potatoes. Their words are enriched in proteins, make them healthy. 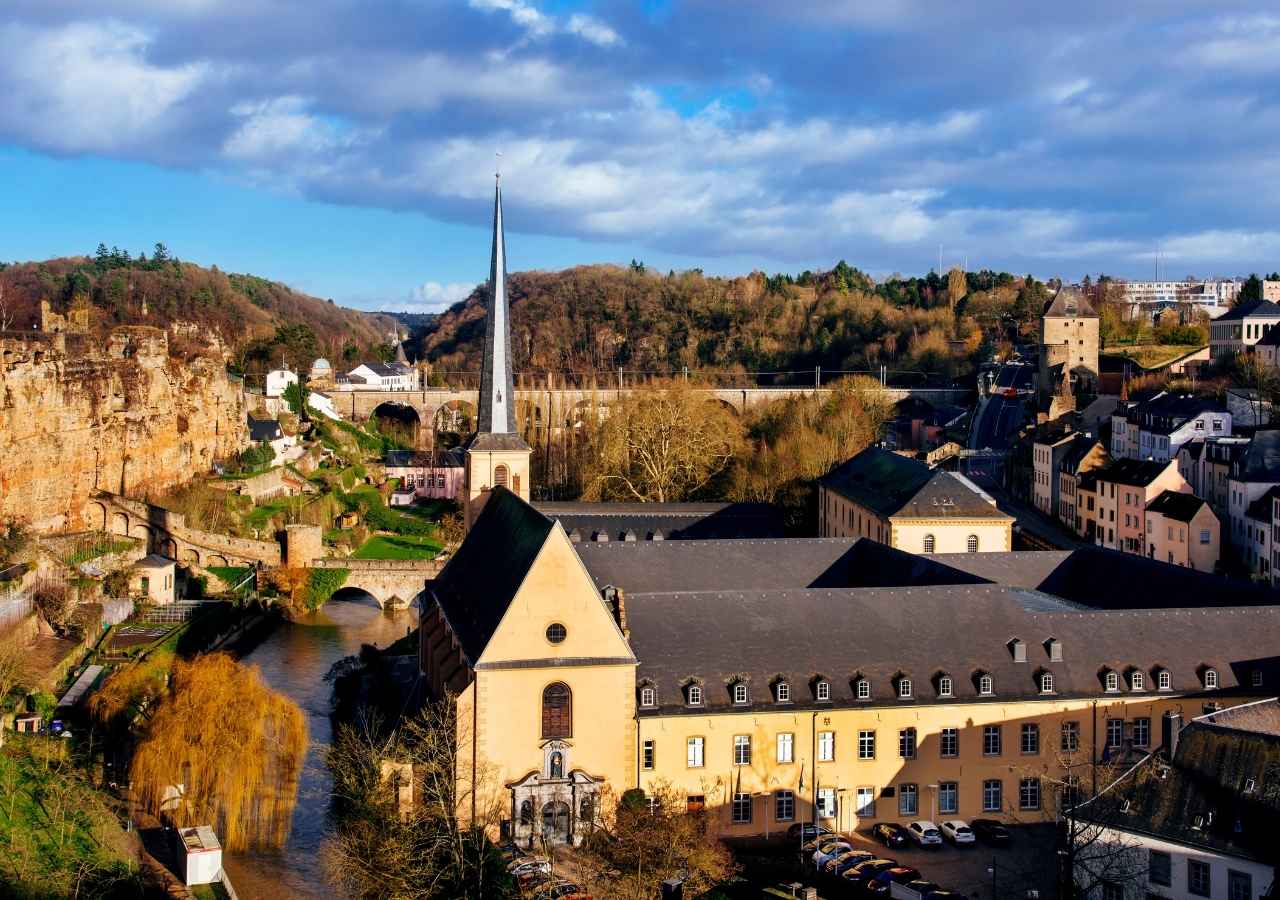 Australia is also one of the happiest countries on earth. Due to the generous nature of people, low corruption rate, High GDP per capita, and the healthy lifestyle of people. People are relatively healthy and well-focused on fashion. They try to make them feel better by adopting different lifestyles. Chicken parmigiana, sausages, lamingtons, burgers, Pavlova, meat pies, and toast are their favorite dishes. They are sometimes fatty but are happy with their lifestyle. 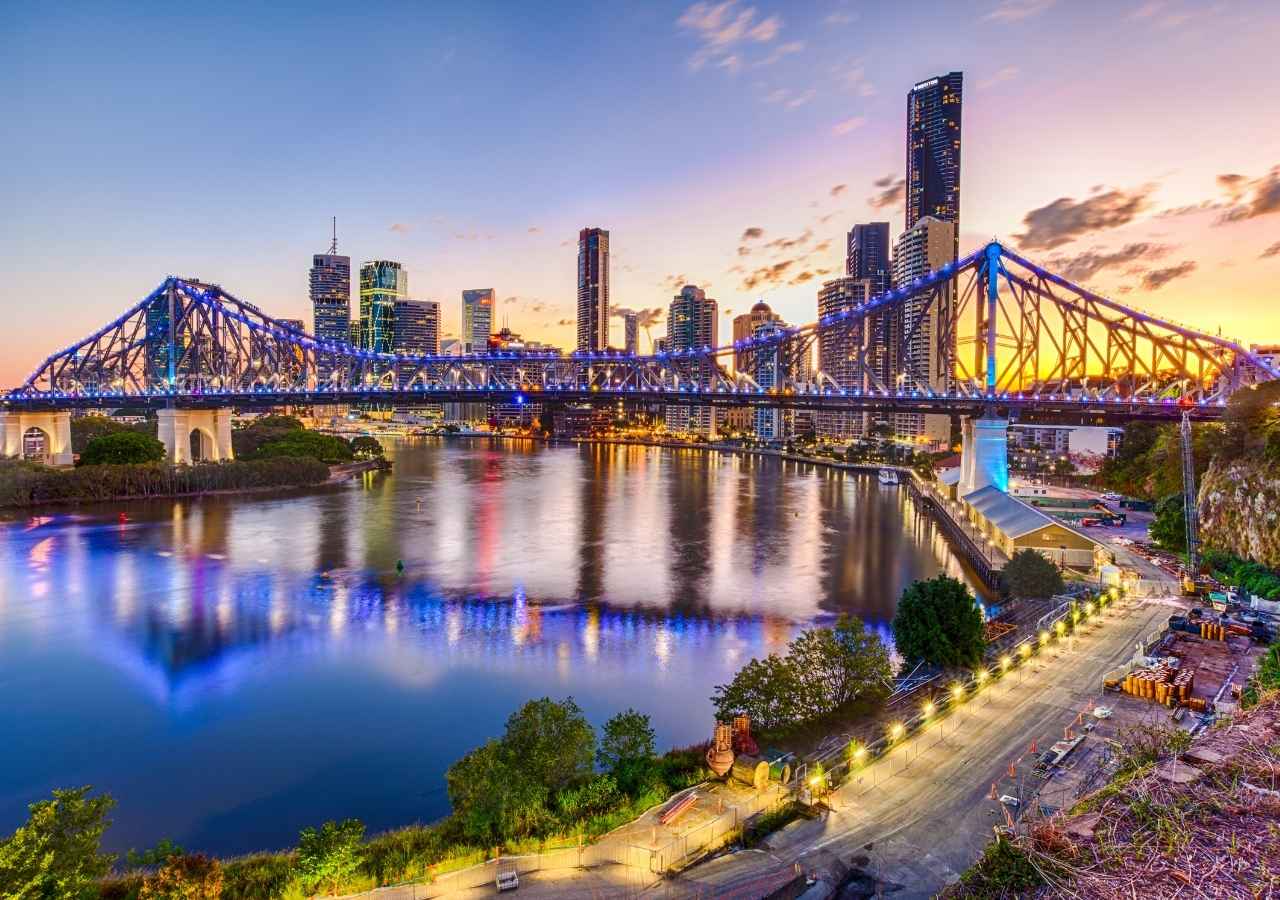 Costa Rica has the most stable democracy and one of the most educated workforces. People have freedom of choice. There also lots of free trade zones that provide tax incentives to outside companies. Beans are their primary food item. Potatoes are their staple. Their diet is enriched in starch. Chicken and meat are also widely available in their foods. 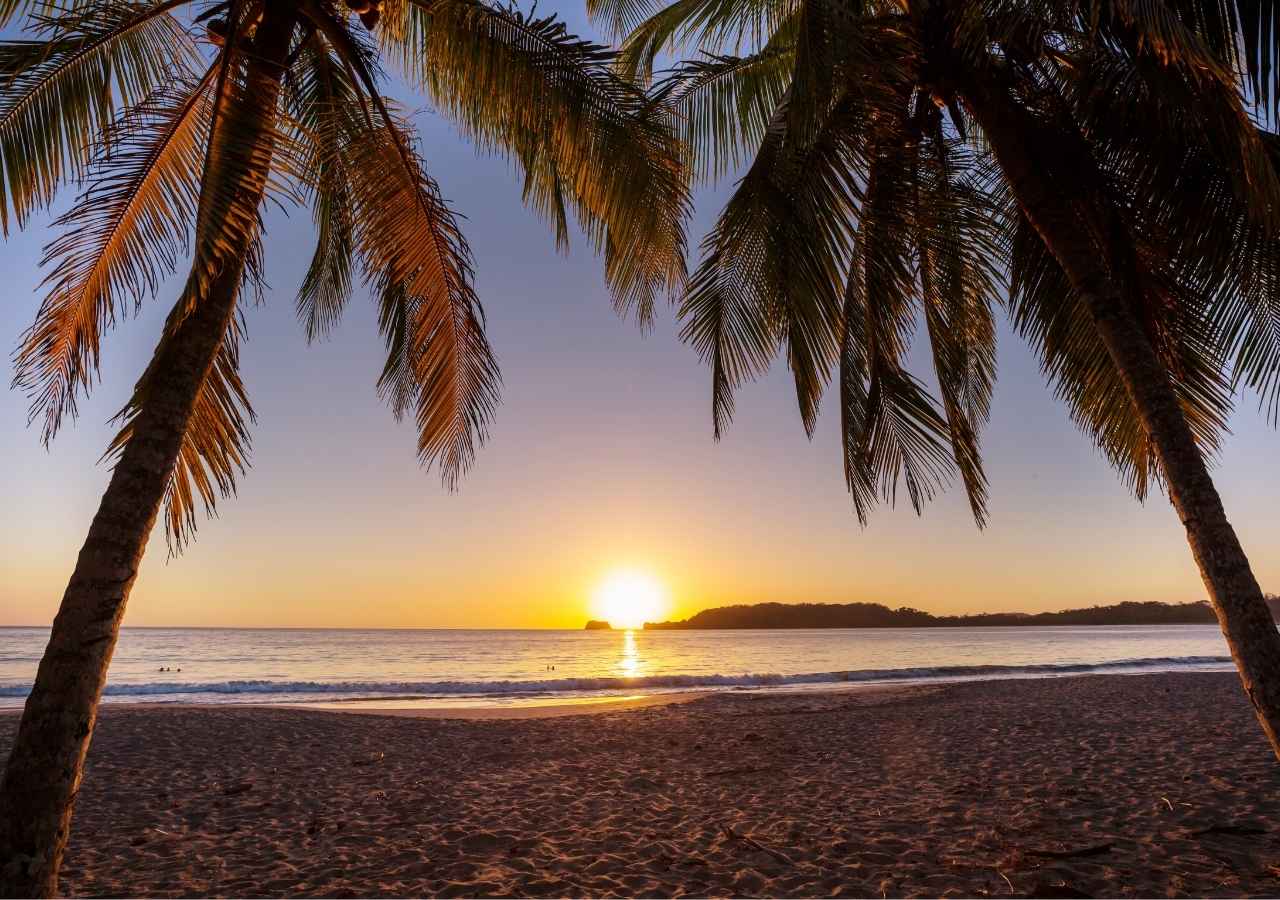 Canadian people live their life to their fullest. It has seventh-highest per capita income and ranks 13th in the Human Development Index. People have freedom of choice and live a healthier lifestyle. Bannock, bison, maple, pemmican, taffy, and barley stew are the famous traditional foods of Canada with so much nutrition. The people of Canada are relatively healthy for a balanced environment. 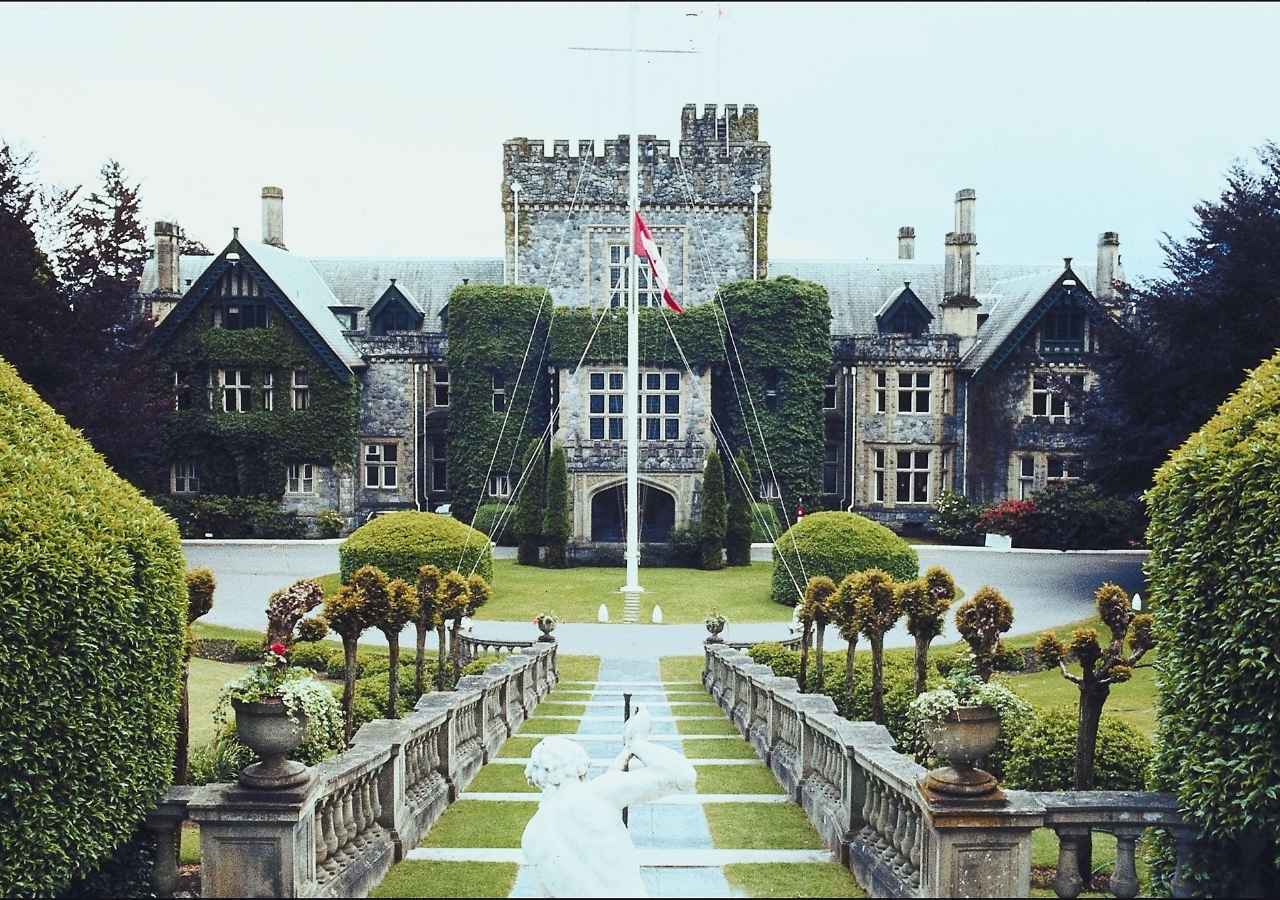 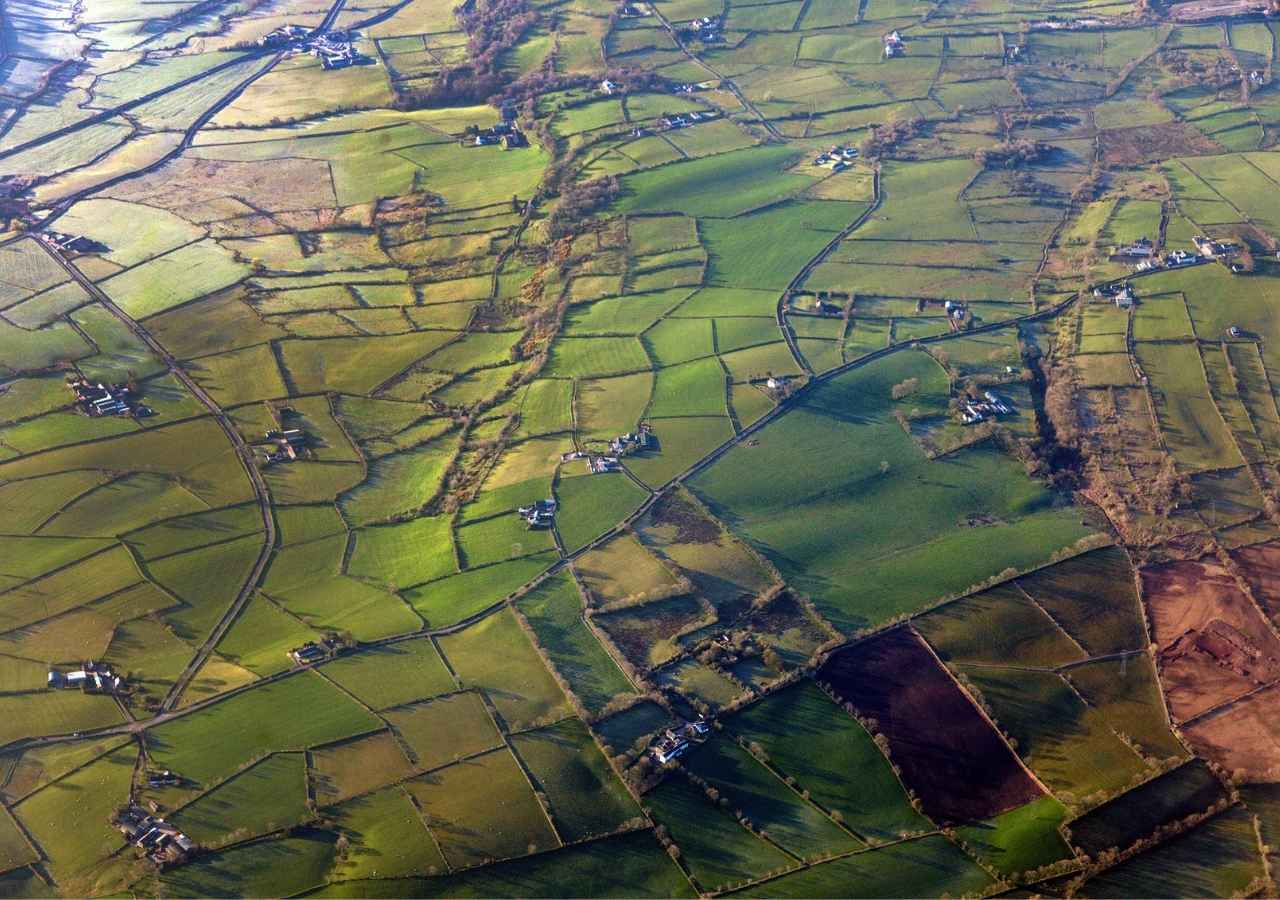 Germany has one of the strongest economies. It is also the third-largest importer and exporter of goods. People are enjoying a high standard of living. It has many beautiful tourism spots and World Heritage Sites to explore. They eat beef stew, pork knuckle, beef rolls, sausages, egg noodles, etc. which let them be much healthy. 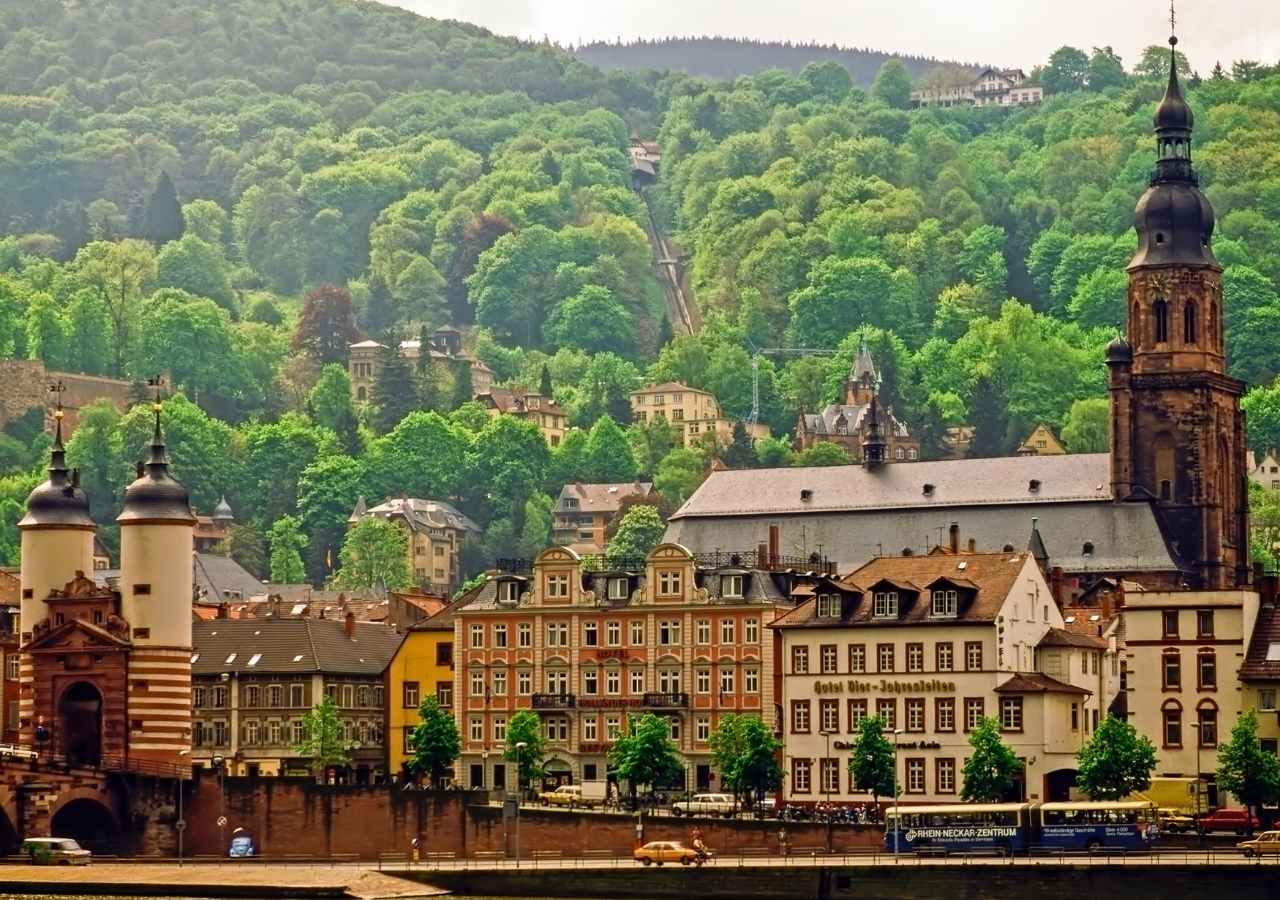 The United States is considered a superpower and is one of the highly developed countries. People prefer living a healthier lifestyle. It also is leading to scientific and technological advancements. The USA’s people are fatty, but they have a healthy diet that makes them live a happy life with fewer frustrations. They like apple pies a lot. Hamburger, clam chowder, lox, deep-dish pizza is some famous American dishes with high protein contents. 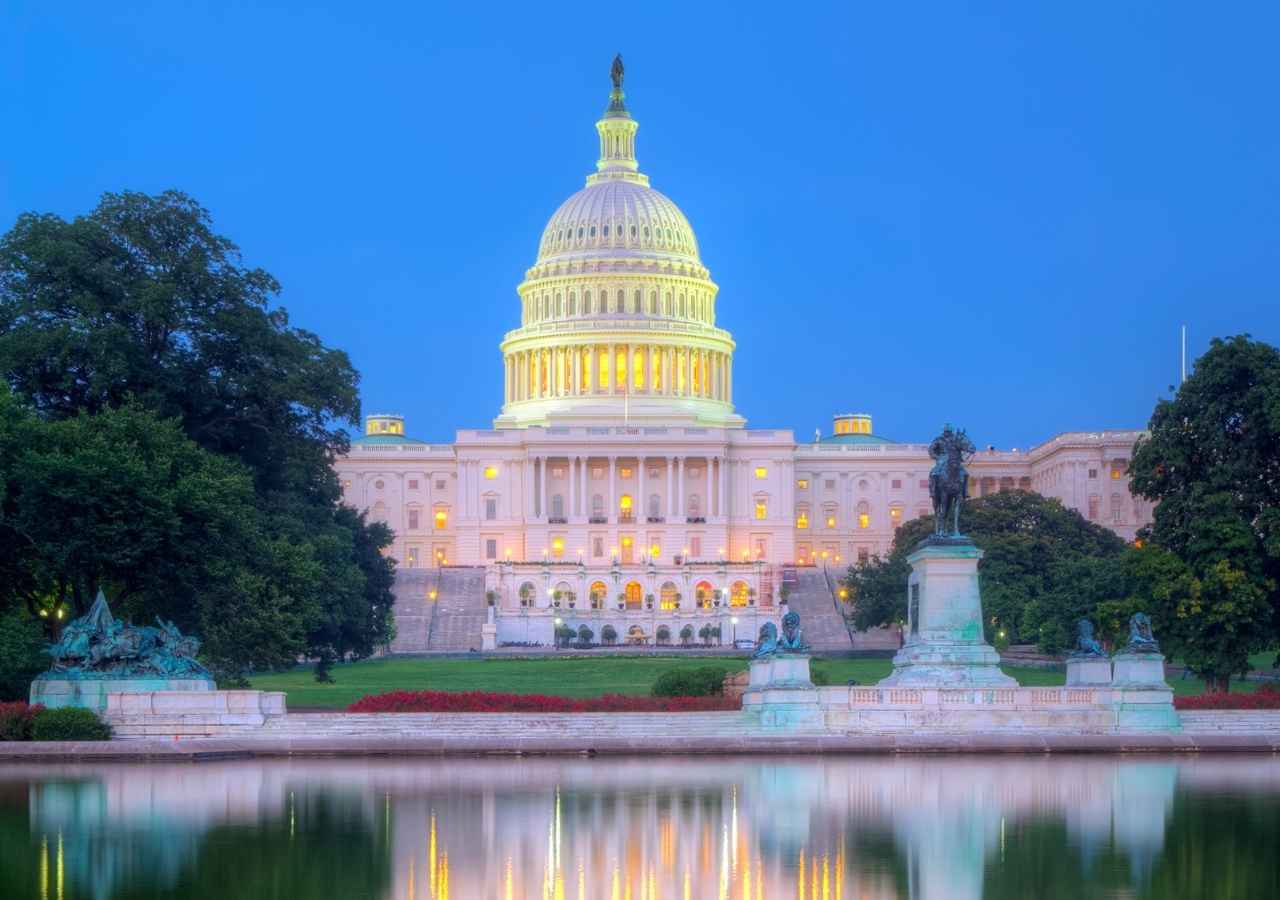 The Czech Republic is also one of the most developed countries. It has excellent health care services. Marinated sirloin roasted port, garlic soup, and some other dishes are well known in this country. 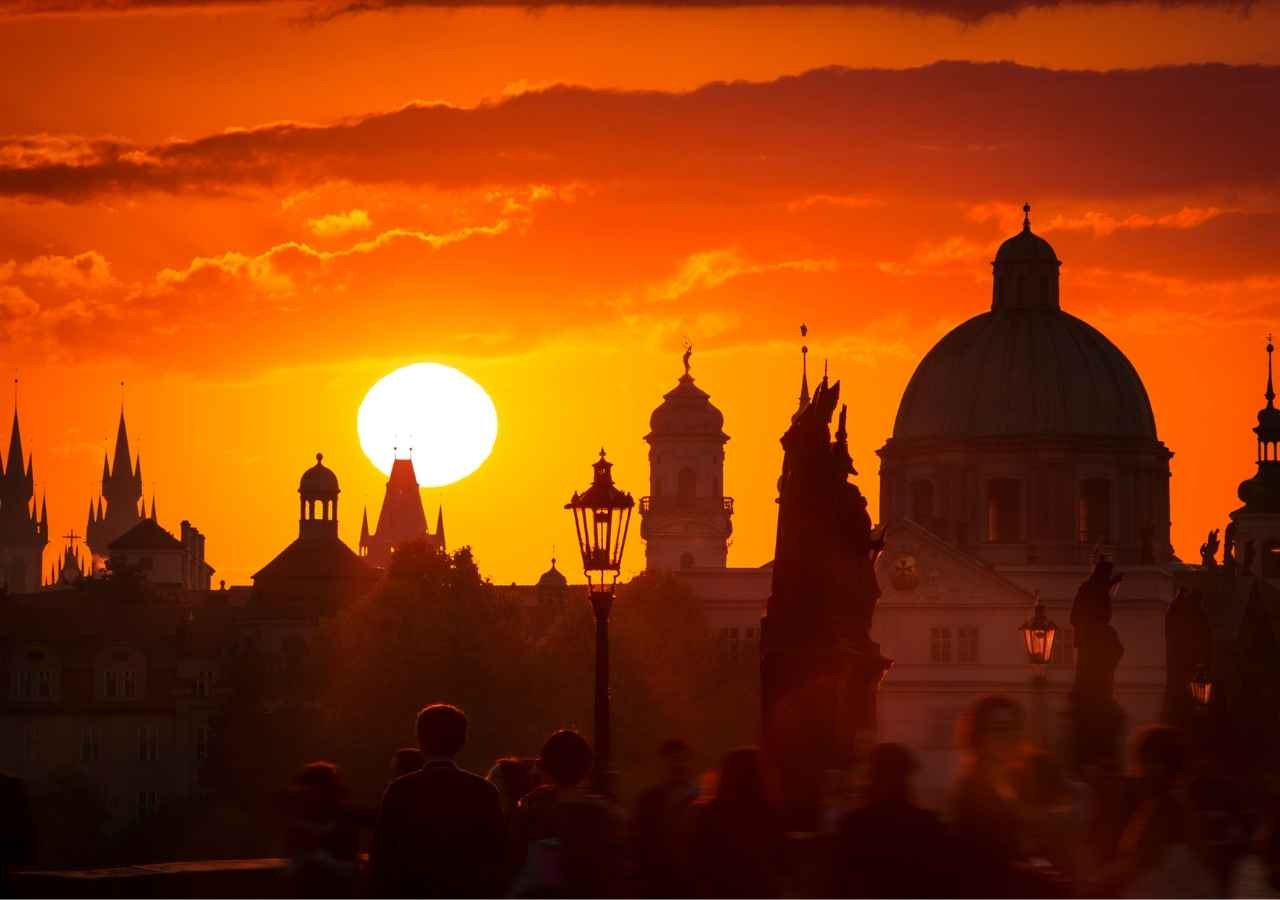 Belgium is considered one of the safest and peaceful countries in the world. People enjoy high living standards and the best education systems. It is also ranking high in the Human Development Index. The people of Belgium are well oriented for food. They have four meals in a day, let them be the nutritious whole day. 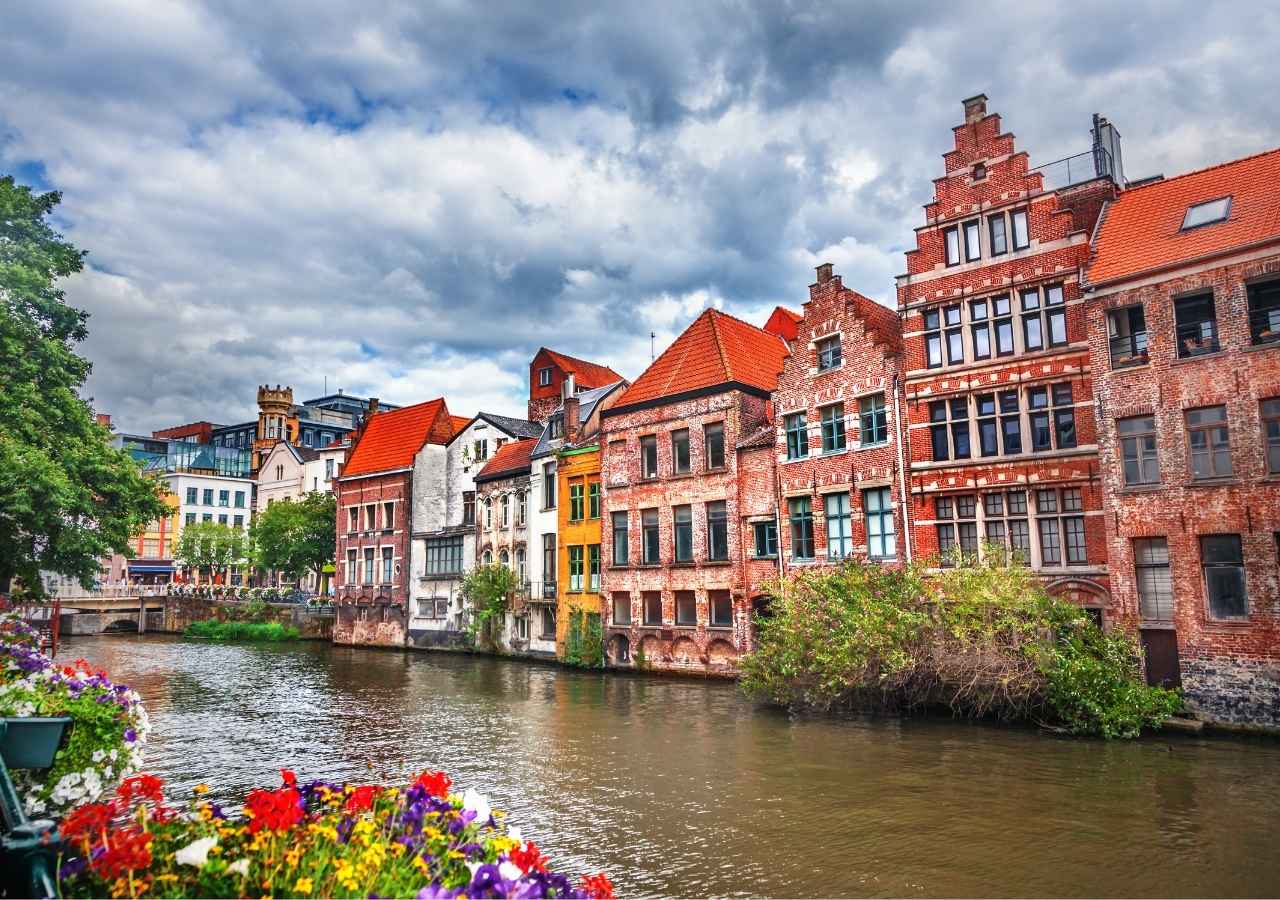 Mexica has one of the most diverse natural resources. People enjoy living peacefully. Mexican culture is one of the unique cultures and is depicted in most Hollywood movies. It also has one of the best foods around the world. They like lightly fried corn tortillas with red or green salsa. Pozole, tacos al pastor, tostadas are some dishes healthy for them. 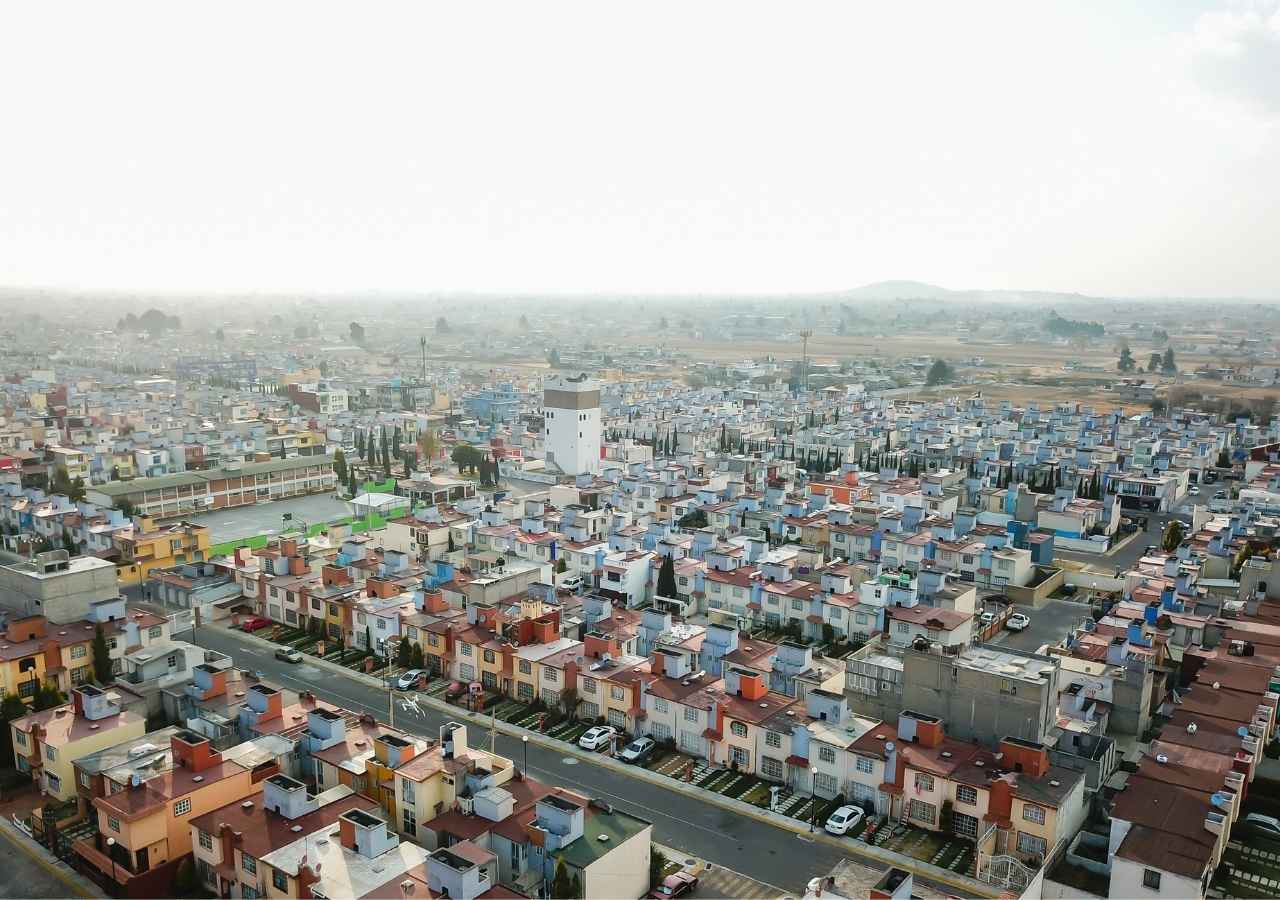 Chile has one of the most suitable economies of the world. It also has one of the lowest suicide rates in the world. There is economic freedom, and the corruption rate is too meager. The country provides a lot of facilities to the state that lets people remain happy. They have a low frustration level. 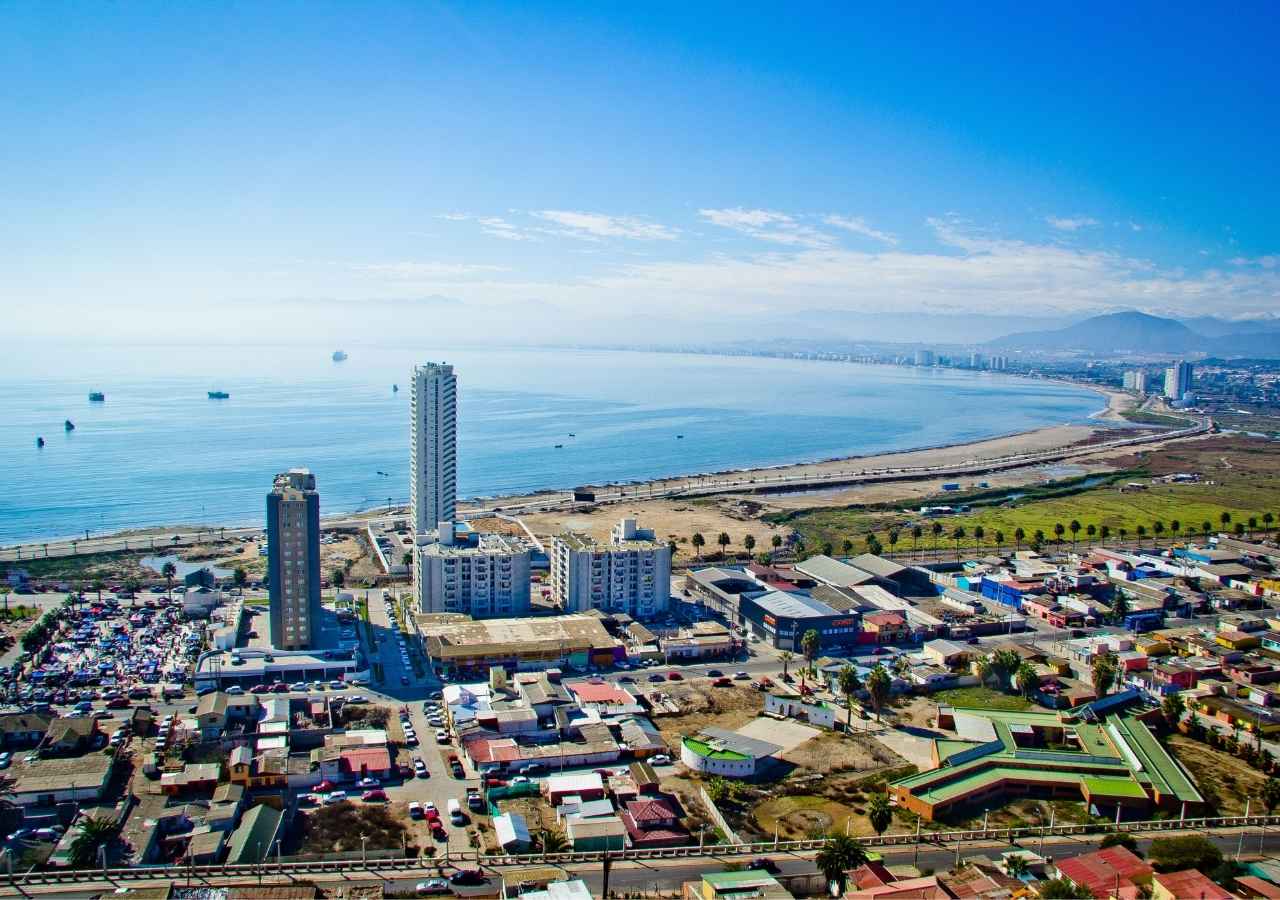 Qatar has one of the largest natural oil and gas reserves in the world. It has the third-highest Human Development Index in the Arab countries. People enjoy living a luxury life and have high-income levels. This country has Arabian foods which are very good in taste. People like dates and green tea in their daily routine, which makes them slim. 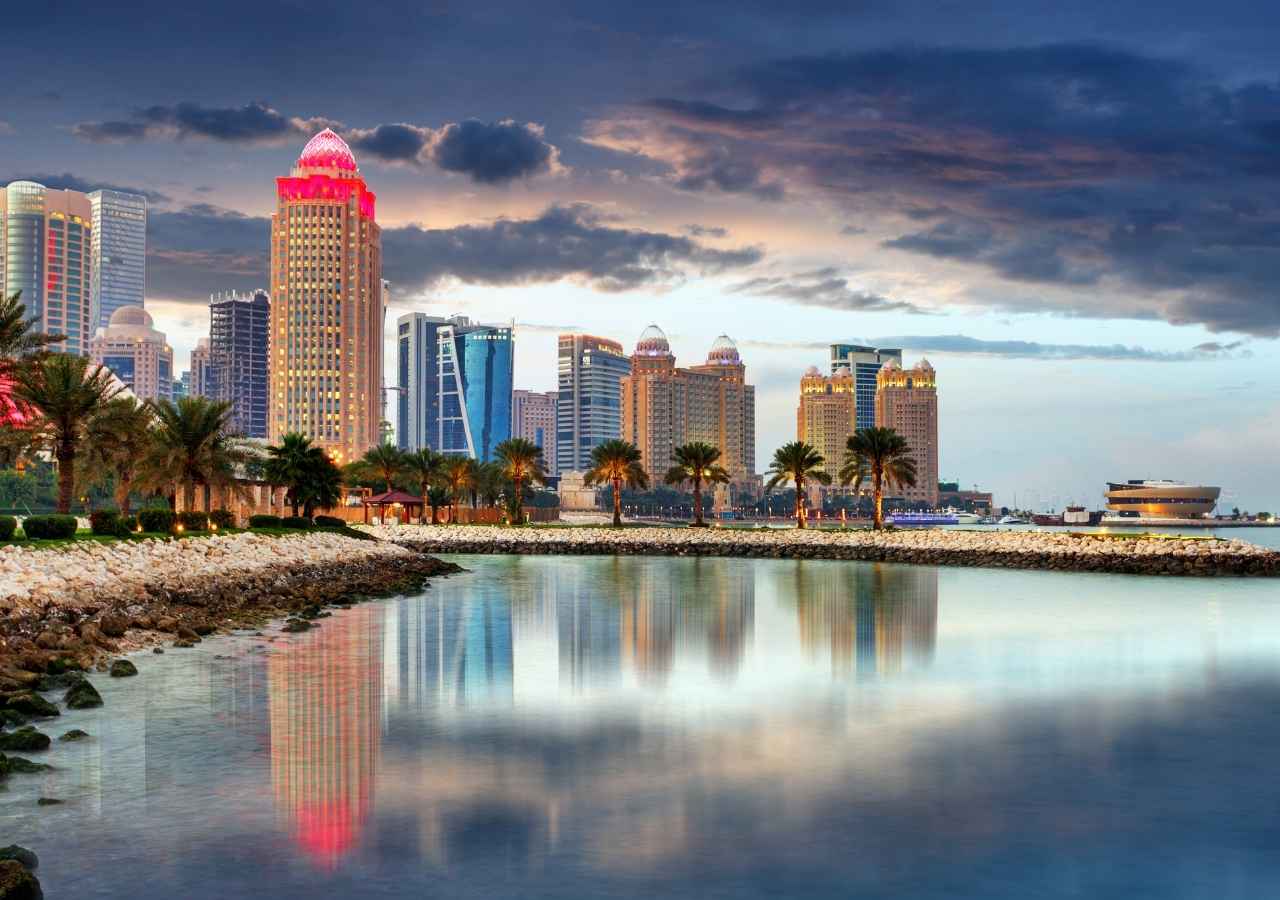 Saudi Arabia also has the largest oil reserves, and because of that, Saudi Arabia people enjoy high living standards. High standards of natives in Saudi Arabia let their people have food with well nutritious items. They like green tea, beef, and mutton. 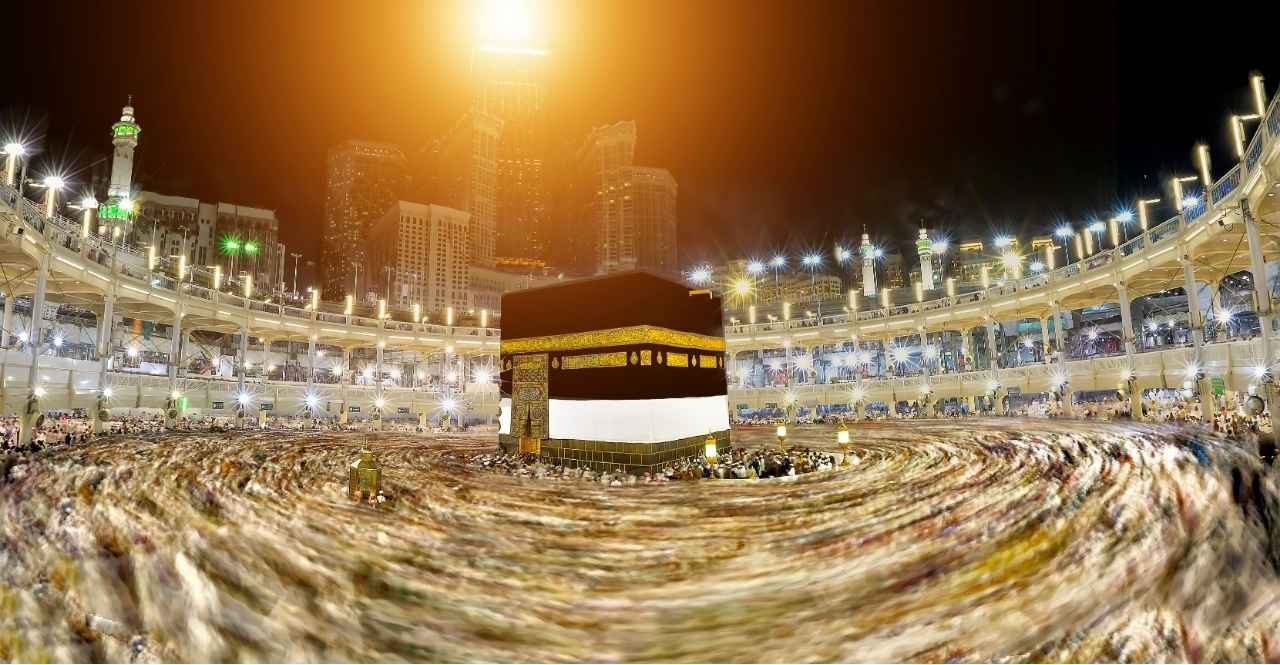 Malta has one of the most beautiful tourists’ attractions and a warm climate. There are also lots of historical and architectural sites to visit. Tourism is a significant industry in the country. People enjoy a free lifestyle and like helping each other. Their foods are entirely based on the seasons. They like olives with beef, fish pie, and widow’s soup, including sheep and goat cheese. 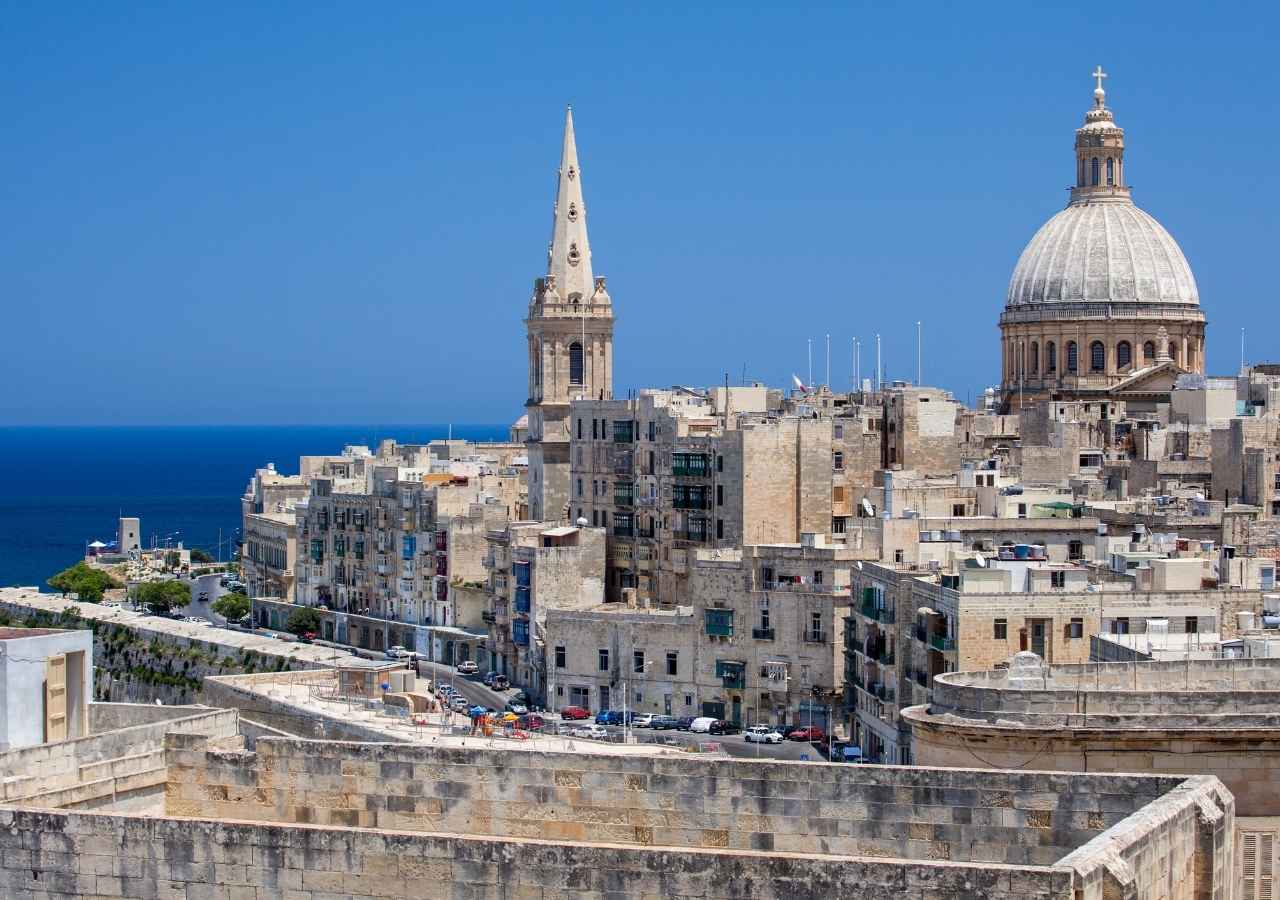 UAE is considered a regional power due to its rise in economic stability and oil reserves. Dubai, Abu Dhabi, Palm Jumeirah, and Sharjah are the cultural epicenter of the UAE. People of the UAE like dates with their meals. Coffee and green tea are the main components of their diet. Let them slim and active. 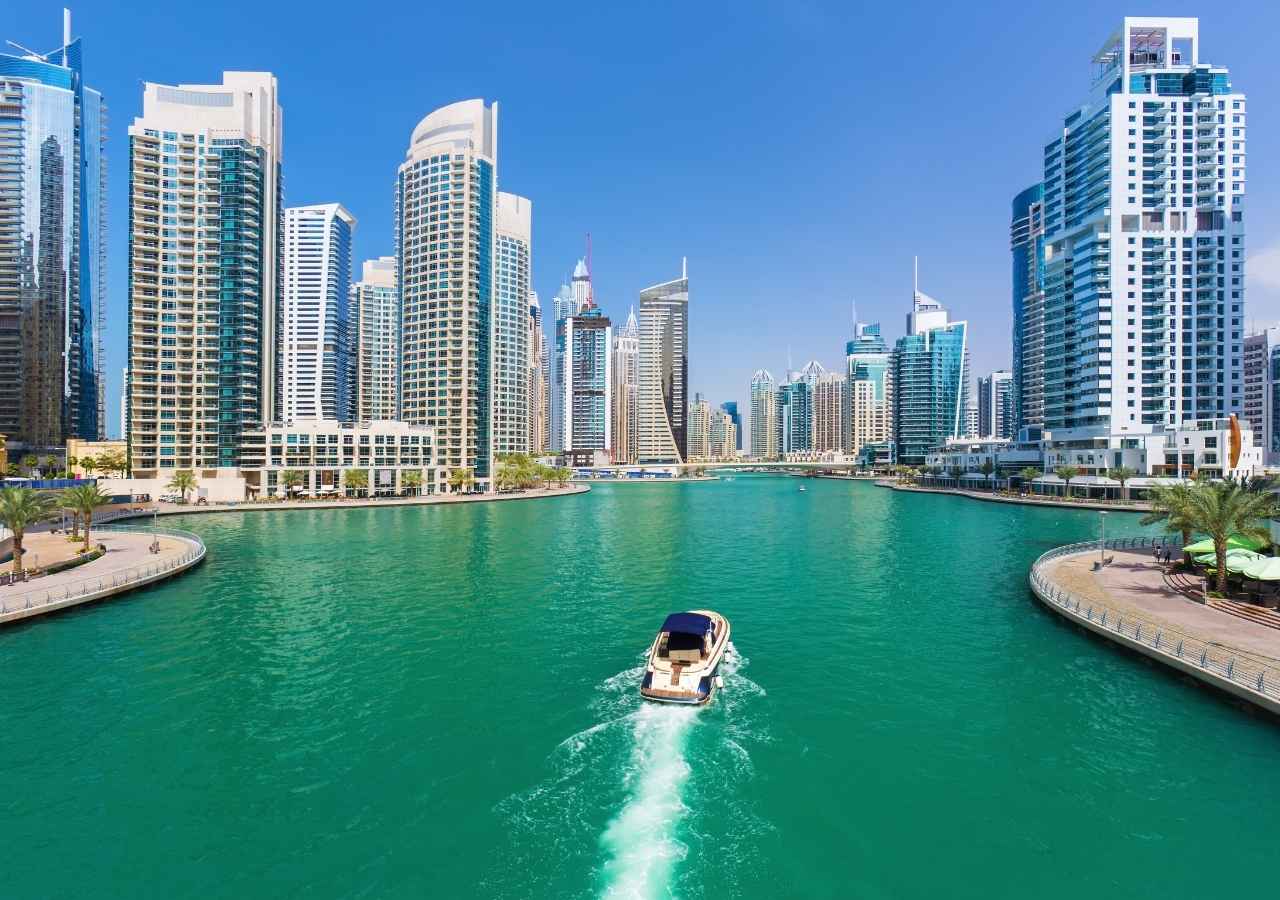 Singapore is the only country in Asia with a AAA rating from ranking agencies. It is also the most technologically advanced country. It has the seventh-highest per capita GDP. The life expectancy rate is too high, and the infant mortality rate is the lowest globally. People like noodles, seafood, rice, snacks, and desserts. They are known for their seafood. Chilli crab, black crab are the continental dishes of Singapore.

France is another culture-rich country. It has the fifth-largest number of World Heritage Sites, according to UNESCO. The income level of individuals is also very high. The average income of one person is the fourth highest in the world. The education system and health care facilities are also top-notch and rank high in international rankings. Their main course of food is a le plat principal made of fish or meat with rice, potatoes, and other veggies. French food is famous worldwide. People are healthy and romantic. 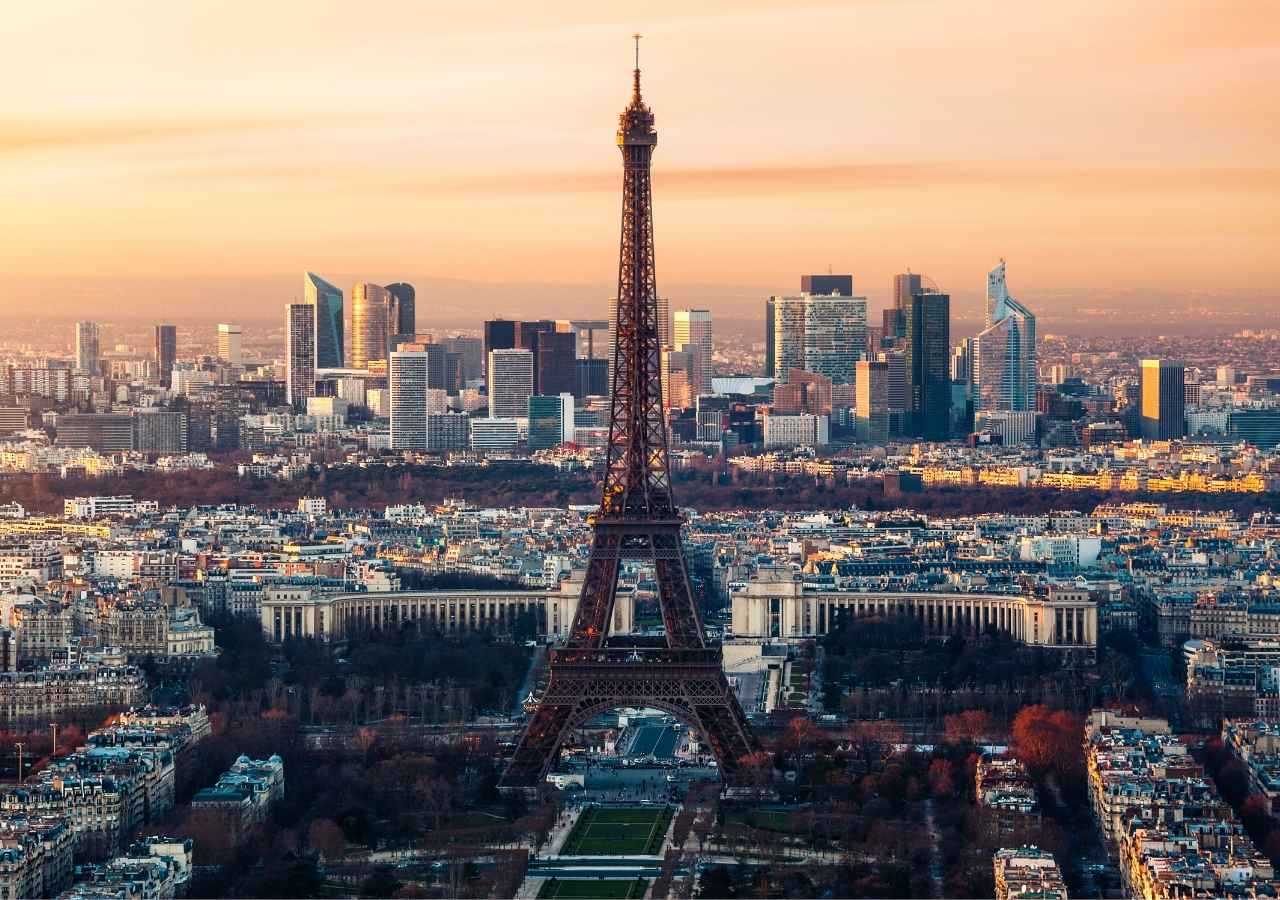 Similarities and Differences Between Bitcoin and Ethereum