Book Review of The Urban Wisdom Of Jane Jacobs 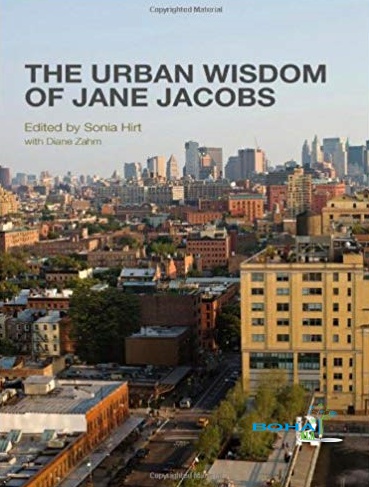 cities. Us Americans we have grown so dependent on personal modes of transportation we are creating dead spaces in our cities by the increase consumption of space that these automobiles need such as garages, parking lots, and gas stations. If there were more incentives for cities to run on public transportation it will dramatically decrease the congestion and number of facilities needed for automobiles. In our lecture we were presented with a set of tools that can be used to reduce the impact of automobiles in a city setting, some of these include small parks and small blocks, restriction on deliveries, and parking limitation. The only way that we can stop the dependence of automobiles in our cities is by changing the way that cars interact within cities and manipulating city structure to balance the use of pedestrian resources and public transportation. This unit intrigued my curiosity to learn more about the impacts that highways and trafficated street can negatively impact today’s major city areas.

As the traffic is growing in the cities, there is a need to implements the strategies on the use of a car so that the people of eth cities use busses. However, the cities are becoming overpopulated, because maximum people are using their own cars, they do not want to travel on the buses. Moreover, the buses can be serve as the benefit or advantage to the cities because there will be less pollution, the impact of the automobiles need to be reduced in the cities so that the people can use the buses or public transportation, The countries need to think dynamically, so the betterments could be there.

The Jacobs focus on the urban planning and cities can be essential as the cities are facing problems; she is the critique of the urban renewal policies, as she advocated the abolition, of the restoration of the free markets and the zoning laws in the land. She gave her perspective about the ecosystem that building and streets are changing in response, the people are focused on the natural ecosystem, the economy, government of the country may suffer, however, there is breakdown seen in the process. She knows that in the future people can suffer the changes of the communities, as in the bottom-up community planning she said that there is the need to consult with the local expertise before the community development so that the actions could be taken in the better way (Hirt & Zahm, 2012).

The community development needs to be guided properly, so that the planning approaches can be real-life functioning. She also focused on the mixed-use development, they residential and commercial areas that are old or new, there is the need to focus on that as she saw the cities organic and untidy, she wanted to clean up all replace all the old building by new. I think this need to be implemented in the country or cities so that communities cannot suffer and the community vitality can be created. The case of higher density can also be reality as the people are suffering health issues in the community. There is need of the higher concentration, for the economic growth of the country, there are need to focus on the different impacts, however, the people health can be the concern as if the people are not healthy there could be problems.

In regards to her she also gave emphasis to improve the local economies, as there is need of the product and the agriculture advancement, there is the need to promote the small business so that the small business can be effective for the country, the economies will be promoted and the country can be strengthened. Regarding the health issues, they need to be can be lessened, because if the people are healthy or the healthy environment is there. Through the recycling in the agriculture and other segments, benefits can be obtained, the local economies of the small and large scale can also give benefits in the cities.

Her strategies and ideas need to be implemented for the effectiveness of the cities, as the ideas, she gave to reduce the population in the cities, to recycle the things and to make the people healthy or to replace the building. The small business can be serve as growing symbol of economy, there is a need to promote the small business, there are may be the development of new products, which can give benefit to the economies. However, the effects overpopulation is there in the cities, people are using the cars, her suggestion for the betterment of the cities and economies need to be implemented. The recycling methods, bottom line community planning, and the mixed-used development, can serve as the reimbursement, if properly implemented, there is the need to focus on all aspects of growth for effectiveness.

Benefit Of Persuasive Techniques in Business