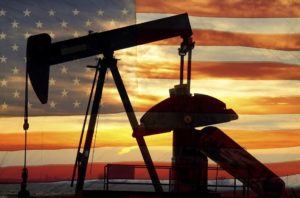 years, especially from the last in-depth review came into conclusion. In many aspects, considerable improvements have been experienced, and the country is dedicated to continually delivering an affordable, reliable as well as environmentally sustainable energy system. In fact, the most important trend that emerged is the resurgence of gas and oil production, where the production has been assumed previously to be in the decrease. In the North American market, the development and growth in the unconventional gas production have been a game-changing growth, and it is producing a substantial contribution to the employment and economic activities, both with the energy industry by reducing the costs for industrial sectors.

In some few years back, many internal and external critics argued that the United States of America lacked the entire coherent national-level energy policy. However, various strategic energy policy documents have been written and published over the period of six years ago, which goes into the extent of addressing this issue of criticism. They also try to guide the United States economy away from its reliance on the fossil fuels and toward an energy system that is sustainable with greater energy independence. One of the most notable documents among this energy policy is the “ President’s Blueprint for a Secure Energy Future.” Also, the implementation of the American Recovery and Reinvestment Act of 2009 (ARRA), which had a significant effect, especially on the energy sector by scaling up the investment in clean energy projects, energy infrastructure, and the energy efficiency. The American Recovery and Reinvestment Act of 2009, which was also referred as the Recovery Act, was signed into law by the former President Obama, back on February 17th, 2009 (Leggett, 2014).

Major Issues Facing Each Level of Government In Energy Policy

Back in 2015, an approximate of 33% of the United States electricity production was produced from coal, which is burned with the primary purpose of driving the steam turbine. Another 33% production of electricity was achieved via the use of natural gas, which can be used in many power plants as coal to undertake the same purpose. When the demand is high, natural gas has the flexibility to be applied to boost the production quickly. In this situation, the energy policy problem that arises, from a congressional perspective, is examining the level of interaction with which the country will engage an issue that has been delegated previously to the multiple agencies. The delegation of power by both the President and the Congress to specific organizations is limited. However, there is a contention regarding the degree to which the limits are respected. These Agencies receive their authority to issue rules and regulation from the law (Statutes) implemented by the Congress. In various cases, the President may delegate the existing Presidential Authority to an Agency (Federal Register, 2011).

The Congress lacks the authority to place limits on executive agencies that are developed, financed and operate at the will of the Congress, despite the administrative supervision. According to Spulak, every Federal Agency was established by the Congress to make sure that particular laws were appropriately implemented. Therefore, it is upon the Congress to decide the point where it’ll balance the environmentalism against economic stability and growth, accepting that there exists validity in all sides of the debates. The debate, therefore, in Congress is whether to pass the legislation that limits and redefine the roles of the regulatory organizations over the energy production, and also, how to construct this bill to address both the national demand for the affordable energy.

The benefit to the United States of allowing the superabundant energy resources to be established is manifold. Therefore, those energy policies that were advocated by former President Barrack Obama, saying that we can not drill our own way to lower the prices of gas, need to be changed. First, Increased production of oil will be an added advantage for all the Americans economically, particularly those people with low income. However, the former president Obama and others on the left who opposes the domestic production of oil claims that care for the low-income people and the welfare of our environment. Also, the more oil the country produces domestically, specifically for domestic consumption, the more there will be a reduction in the merchandise trade deficit. For many years, politicians on the right and left have bemoaned the enormous trade deficits for the United States. The imports of oil have accounted for more than half of the entire debt. On the other hand, cracking up domestic oil production will reduce the unemployment rates. After many years of high unemployment rates, above 8%, and masses of workers dropping out of the labor market, a boom in the oil production patch would add a large number of desperately required, high-paying jobs. As Americans, starting to offer for our energy needs will display more reputation for other countries and of course, win more respect for the country. In fact, it has been pathetic that the President of the United States had traveled to the oil-producing nations such as Saudi Arabia and implored them to raise their oil production while the state has enacted various energy policies to reduce the domestic oil production. Therefore, liberals are uncomfortable with the exceptionalism experienced by the United States Government (Department of Energy (DOE), Secretary of Energy Advisory Board. 2011).

As United State struggle toward the development of an alternative to energy policies issues, they must recognize that to achieve sustainable use of such options worldwide; they must be cost-competitive so that they become the option of first resort. Therefore, in order to accomplish all of this, America should require both the revolution in technology as well as the significant changes in the entire economy. The first step is to develop overall responsibility at the highest level of the U.S. Government. The Department of Energy is supporting research in the most crucial energy technologies and other agencies like the Department of Commerce, who are also financing the required energy research. The United States record of sustaining its efforts in significant technology development has been abysmal. Therefore, the country’s energy policy must devise a technique that will capture all the economic benefits of clean-tech manufacturing. The policymakers need to understand, at least in theory, that it’s not possible to meet and address the energy challenges without developing the domestic production capacity and of course, the local manufacturing jobs. Also, to supplement that, advanced energy storage devices such as thin-film photovoltaic cells and light-emitting diodes which are efficient will be required for efficient, clean energy production and use (Energy Information Administration (EIA). 2008).

Regarding the pros, the increased domestic economic activity such as oil production will generate a significant amount of the revenue for the government. It will also enhance the national security. Note that the more energy produced by the United States, the less vulnerable the country will be to the disruptions in the politically unstable oil-exporting nations. Domestically oil production will increase the energy supply and lower the prices of oil; less amount will be assigned to the treasuries of problematical governments and regimes such as the House of Saud, the principal core founder of intolerant Wahabbism, and the Chavez of Venezuela. A perfect way of balancing the budget would be through the reduction of Federal Spending from oil exports which will raise the amount of revenue generated by the United States Government (Deutch, 2012, January 18).

On the other hand, the reform of these energy policies will also be accompanied by various side effects. The main impact of this area of system beyond the economy, though tangentially related, is the effect of energy policy on the environment. Human carbon emissions are mainly responsible for changes in climate. According to various environmental groups, they argue that oil and coal electricity production emits greenhouse gasses into the atmosphere that typically trap heat and build a warming effect. Therefore, despite the opportunities that can be yielded, the scale of the energy policy and environmental challenges that American will face remains enormous. Natural gas and oil are fossil fuels, and of course, combustion of such fossil fuels harms the local air quality, which results in climatic changes. Furthermore, though the cons can not outweigh the pros and opportunities, the global market for the petroleum will play a vital role on the American’s energy system, but experience some macroeconomics shocks and compromise the foreign policy (Environmental Protection Agency (EPA). 2012).

However, the best option for moving forward is developing a domestic oil production to compensate for the government revenues and also reduce the deficit experienced, mainly when the United States is importing petroleum. The increase in the supply of natural gas as well as oil holds many opportunities for the United States. It will reduce the cost of energy and of course, improve the country’s energy security and resistance to macroeconomic shocks. All the energy policies of America should, therefore, recognize and seek to realize all the gains. The local environmental issues can be managed through sound regulation. Advanced technology will be used to initiate new drilling techniques to reduce the magnitude of the challenges that usually face the energy sector.