The Rape of Lucretia

The Roman Familia and the Founding of Rome

The Rape of Lucretia presents the history and reasons that led to the Roman Revolution in 509 B.C.E.  The 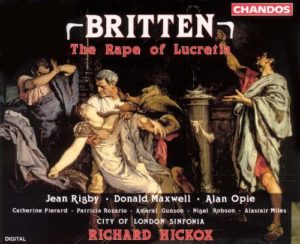 document gives an insight into the gender roles in the period of Roman Civilization. The story presents a unique voice of moral values and family honor and their significance to the Roman Republic. The Rape of Lucretia does not give an accurate reflection of the monarchy. However, it presents the importance of moral values and family honor. Therefore, I shall discuss the significance of the virtues shown in the story and their relevance to the Romans. In addition, I will consider the vices that were disliked to by the Romans concerning the Roman history during the period of civilization.

The Roman men collectively viewed women as virtuous. The virtuous woman is a reflection of an ideal woman. An ideal woman had an image of a perfect woman. The men were also barred from corrupting or seducing another person’s wife. Corrupting another person’s wife was considered as an abomination. Men were expected to uphold moral values and embrace family honor.  Women were expected to show their devotion to their husbands. They were supposed to stay home and work. Besides, they were not expected to mingle with friends because they belonged to their husbands. In the story, Lucretia is described as a perfect woman. Tarquinius describes her as the best wife. Tarquinius and Constantinus made a stop at Lucretia’s house and found her working even though it was at night. They were engaged in the middle of the house spinning with her servants. She devoted her time to her husband by staying in the house working. Her actions represent the moral values that the Roman women were expected to uphold. Furthermore, Tarquinius admission describes family honor and respect per Rome’s founding myths.

Men admired wives who belonged to their husbands. Lucretia is a perfect example of such a woman. According to the Roman myths, an ideal woman does not mingle with friends. She must show her devotion to her husband because she is a property of the husband. As such, a woman should not show any connection to other people other than her husband. Rome’s founding myths are of great significance because they promoted moral values and family honor. Collatinus is respected by his peers because his wife Lucretia devoted her time to him. She never attended any party as opposed to the King’s daughter-in-law who could feast and have a party with friends. The men considered Lucretia as an impressive woman because she knew her place. She was responsible and committed to keeping her house together.

According to the Roman familia, the worth of women belonged to their men. Women were to be blamed if their men treated them wrongly. Furthermore, women suffered severe punishment for being raped. In the story, Lucretia asserts that “how can anything go well for a woman who has lost her honor?” In this way, the Roman familia contributed in promoting moral values in the society. The chastity of women contributed to their self-worth. No woman was allowed to leave the marks of another woman on her bed. Those who became victims of rape were humiliated and were willing to take their lives like the case of Lucretia. Virtuous women believed that people thought highly of them and were encouraged to live by it. Chastity allowed women to receive honor and value from men. Without chastity, they lost the honor and value.

Men had superior positions in their families. According to the story, no man was expected to corrupt or seduce someone’s wife. Such an act infuriated the Roman men. For instance, Lucius Brutus was infuriated by the actions of King Lucius Superbus to rape Lucretia. He vowed to avenge by swearing before the gods. Lucius Brutus swore before the gods to chase the King and his criminal wife and offspring by fire or any other method at his disposal. The story concerning the rape of Lucretia describes the start of the Roman revolution. The members of the Roman republic ganged up against the immoral King.  Besides, they swore never to tolerate such immoral behaviors in Rome. This story illustrates how men valued their women and the ownership they had of them. The men in Rome fought battles over men who crossed their boundaries. After the rape of Lucretia, the Roman Republic vowed never to submit to the king. He was sent into exile together with his family. The rebellion exhibited by men explicitly illustrates a violation of the right of possession. Women were considered as possession, and a violation of such right was a crime and attracted a severe punishment. The story of Lucretia’s rape is a clear demonstration of Roman agreement to uphold moral values and protect their property. Family honor was highly valued, and no man was supposed to disrespect a man by overstepping his territory. The men had absolute authority over all members of the family. The story illustrates the commitment of the Roman men to protect their property. Lucretia’s husband and Brutus were committed to revenge against the king to defend their pride and ownership. Their primary intention was to protect moral values of the society. The action of the Roman men against the King explicitly demonstrates the significance of the Roman family in promoting moral values and family respect.

The reactions of the Romans to condemn rape indicate that they love with passion as opposed to reason. The Romans were aware of the virtues they admired. In return, they awarded them accordingly. On the other hand, they knew the vices which were despised in the society. They acted upon such vices by punishing the culprits. The Rape of Lucretia is of great significance because it identifies the values and characteristics that the Roman people valued.

Several societies in the world are founded on a given story. The Roman people are not an exception. They are considered as descendants of Aeneas. Remus and Romulus established the city of Rome, and Romulus became the first king of the city. The story of Lucretia has brought the most emotional and intriguing factors concerning the founding legends of the city. Her story contributed to the creation of a republican system of government. Most of the Kings who have ruled Rome have contributed to the lives of the Roman people positively. They are traditionally credited with advancing the architecture and protecting the culture of the Romans. The kings are considered as historical figures who have contributed to the development of the society. However, the historical accounts reveal how the kings manipulated the members of the society to hold on absolute power. Lucretia is considered as an important character in the Roman history. She is remembered for what she stood for. Most episodes of the Roman history illustrate the operations of the country against her neighbors. There was an attempt to take the city of Rome through a direct assault. However, this attempt failed, and the Romans began to lay siege of the city. The young soldiers spent most of their time partying and drinking. During one of the parties, the topic concerning women arose. All the people present discussed the virtues of the respective wives. They wanted to ascertain whose spouse was the best. To bring this heated debate to an end Tarquinius and Collatinus decided to travel to Rome to find out what their wives were up to.

As they approached Rome, the duo realized that majority of the women were holding parties with their friends. When they arrived at Collatinus home, they found Lucretia together with her servants weaving. As such, Tarquinius described as the best wife since she was committed to upholding the Roman virtues. Collatinus wife won the contest, and he invited his aristocratic friends for a meal in his home. His friends were received with hospitality and served well. The womanly virtues of Lucretia are the primary reason why the kind targeted her. Her proven chastity and beauty kindled the kind to debauch her.

Sextus Tarquinius calculated her moves and decided to fulfill his evil desires while the soldiers were engaged in the field. Lucretia reported the matter to her husband and her father. He informed them that something horrible had taken place. Collatinus and his father-in-law left the field and returned home to receive the news. When they were told of the horrible incident, they swore vengeance and reassured Lucretia of her innocence. Lucretia could not withstand the shame and decided to stab herself in the chest. It was at this point of Lucretia story that the Roman history changed its course. Junius Brutus who was a friend Junius Brutus swore to teach the king a lesson by driving his family from Rome.

The rape of Lucretia marked the beginning of the Roman revolution. The king and his sons were sent into exile, and a new Rome was born. People became indignant of the actions of the king. However, they respected her decision since it provides ground for Roman matronly values. Many people have admired the inner strength of Lucretia since it presents a Roman womanly virtue. Therefore, Lucretia was a never a victim of the circumstances but a heroine. Her action sparked outrage among the members of the Roman society thus leading to the founding of the Roman Republic.