Home > Projects/Reports > The Other Slavery Review

The Other Slavery Review

A Review of Book “The Other Slavery”

‘The Other Slavery’ is one of Resendez’s carefully researched and very informative works. The book features about 100 end notes’ pages with the primary source material, broad background information, as well as a precise description of another slavery. This slavery, which Andres Resendez calls ‘the other slavery’ refers to the forerunner to current human trafficking. The story stresses mainly on the Mexican and Spanish element of this slavery. In addition to this, while the writer is a Mexican historian, only a portion of the story focuses on American people trafficking or different forms of outright slavery or coerced labor. Therefore, ‘The Other Slavery’ represents a scholarly and very weighty work, not for those without the courage to face difficulties. 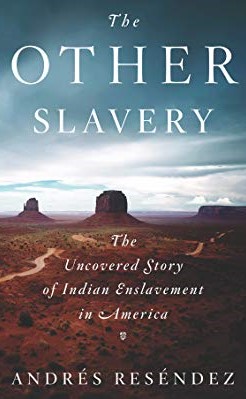 The author highlights the states in which communities were exposed to enslavement across America. Upon the united states gaining California as well as various southwestern communities, in 1848, from Mexico, it likewise obtained many Indian slaves. This enslavement ran like the one that Africans endured all-through colonial Latin America. However, the author contends that the African slavery resulted in a more tragic loss of population. He highlights the defying customs of the ‘other slavery’ linked to simple definitions. Resendez adds that the other slavery was so deeply rooted and widespread in the American society and economy that it existed for a longer time than the African bondage, persevering in the debt peonage guise into the 20th century. He stresses the experiences variety of forced labor encountered by people from populations as geographically separate and culturally diverse as the Maya, the Apache, as well as indigenous Caribbeans. Thus, the author vibrantly tells the traumatic tale of a past unknown element of the American slavery history and experiences between invaders and indigenes.

‘The Other Slavery’ serves as a landmark history. It focuses on the extensive narration of the dependence of many Indians throughout America, since the conquistador’s era up to the 20th century. Moreover, since the Columbus time, Indian captivity was prohibited in most parts of the American region. Reséndez clarifies that people practiced it for many years as a sweeping secret. This implies that no abolitionist movement existed to protect the many victims who the conquistadors enslaved and kidnapped. The slaves were then compelled to descend into the silver mines or forced to serve as servants for rich Anglos and Mormon settlers.

Andres Resendez develops the perceptive situation that mass slavery ruined Indian communities throughout North America. Moreover, new support, comprising of statements of bold priests, avid merchants, Anglo colonists, and Indian detainees explains also on Indian reliance of other Indians. It is something that began as a European custom adopted by native operators, spreading rapidly across American Southwest. Therefore, this book reveals more than a significant overlooked part of the history of America. For no less than two centuries people have struggled over, eradicated, and tried to interpret the African-American oppression.

While the book’s scope is vast, the author centers several stipulations. The first warning suggests that the story does not give a running Indian slavery history across the western hemisphere, because the task would be gargantuan. The emphasis is on northern Mexico, Southwest America, and the Caribbean, though the writer offers a short nod to Spanish antislavery campaigns and Indian slaving that would constitute the Latin Americanists interest. In the story, he notes that despite efforts to stop the Southern Chile slavery in the mid-17th century, the act shifted into the areas with non-existing or little imperial control.

Resendez describes these areas as marked by conventional wars which resulted in a stream of captives. The Indian Carib supplied slaves in frontiers such as Venezuela and Los Llanos in Colombia. Following a command to stop the Indian slavery by the royal monarch, frontier institutions such catholic missions and the ordinary local Government objected to the rule. They continued their involvement in slaving acts thereby limiting the monarch powers mainly in far off the lands and backwaters.

Reséndez ideas in the book involved colonialism, modernity, and the Coloniality. Adding to this further, contrary to the French and British critics, the Latin American DE-colonial thinkers opposed that modernity began in the 16th century. Indian slavery represented the present-day form of oppression established to the epistemic structures that marked human indifference in fundamental ways contrary to their previous less and temporal predecessors. Additionally, the Spaniards laid down models for the empires advocating for modernity. The enlightenment period went ahead with the legacy and supported the universality values while carrying out slavery and colonialism.

Nevertheless, thinkers like Aimé Claire criticized the authoritarian rules and its validation.  Metropolis developed well in colonial grounds with refrained ethics and laws as well as in spaces with banned activities and conduct. Reséndez outlined the emergence of Spanish-American as the referral point to the rise of post-colonial and DE-colonial appraisals of European modernity. Furthermore, he disclosed that Fanon’s ‘zone of non being’ lacked the colonial outposts despite its success after the colonial and American civil war period.

Reflecting on the subject of American slavery often conjures up horrific representations. For instance, Africans captured from families and homeland, filled in ships’ confined spaces and persisting extreme treatment and conditions upon reaching their destination. On the same note, it is a shameful and tragic chapter in history. It is as well a prompt of the dismays that people can exact on other individuals to demonstrate economic gain and power. According to the writer of this book, the American slave trade not only involved African victims but also revolved around indigenous people. In other words, based on the author’s intent, the ‘other slavery’ never replaced African slavery, but Resendez notes that it was there from the beginning.

Opening with the Caribbean, ‘The Other Slavery’ advances through portions of North America and Central America. It demonstrates that although the slavery practice had previously subsisted between populations in these locations before European interaction, it was the Europeans’ arrival that resulted in a major revolution in the custom itself. Pursuing this further, as they dispersed throughout such areas, “the other slavery” was not the only institution. Rather, it transformed into a “suite of variegated customs suitable to various regions and markets.”

As the cover states, what kicked off as a European practice adopted into the indigenous operators’ hands and dispersed rapidly across massive American Southwest tracts. This revolution besides had a great influence on as well as aids to better comprehend the common history of the United States and Mexico. Resendez’s story is not only, but also it is eye opening. On an emotional level, the book is difficult to read, but its historical terminology is heavy and accessible.