Home > Projects/Reports > The Movie Money For Nothing Summary Review

The Movie Money For Nothing Summary Review

Inside The Federal Reserve

The documentary is about what the policymakers went through and what their decisions brought forward. Money for Nothing is based on the historical facts and is precise about the facts, mostly the accurate film. After interviewing the governors, it could be seen that they took the blame for the mistakes that occurred and they thought that it was their wrong deduction which caused whole of this. Money for Nothing is a true historic film and actually explains and let the viewers see the economic system through a different point of view. 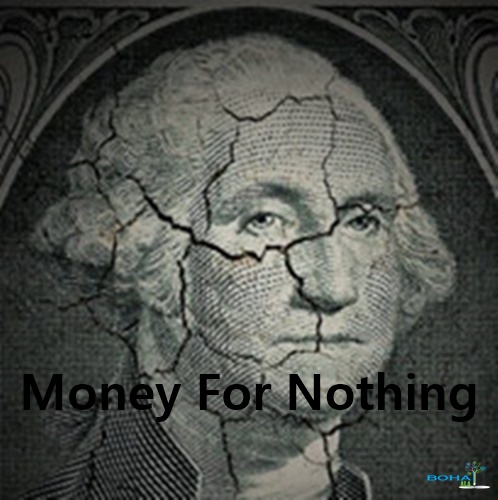 Fed is not a simple system, which doesn’t affect anyone. It is a system which does much more than just pint cash. The way Fed decides something; it affects the complete life system of persons in the said country. The lives and also the way of living is also affected by anything that the Fed decides. However, we only know a few things about it and don’t pay attention to what it does.

Actually, what Fed decides can make the whole country prosper or can make the whole country be crumbled down into ruins. Seeing the circumstances in which the country is right now, it is no wonder that it is all because of the Fed and those who think otherwise, this film is for them. We can only understand the decision, which the officials of Fed went through to some extent, however, the true reasons and circumstances are only understood by the ones who made them and only they can tell why we are suffering from what we are now.

The only way to understand the decisions which were made by the officials of the Fed is to ask them yourself and about this is the whole movie. Facing the problems to get to the officials of the Fed and then asking them of the whole ordeal which happened to put the country in the crisis. The officials will tell you the story behind the simple happenings, however, the true story will be told by the governors who have retired and are labeled as formers. They will tell the true story about the circumstances which they went through and how much they struggled in order to put the country into prosperity.

However, only one mistake caused the whole planning to burn into ashes and nothing was left. When deciding something, you have to take the notice of the surroundings around you and you have to plan for the future, some sacrifices are made. This is how a decision is made. It was the mistakes of Fed that caused the country to go in financial rubble. This was only because of their beliefs which caused the situation.