Point of View of Story

The story was told by the Naguib Mahfooz, as it is based on his own life, the story is translated by Johnson-Davies. Naguib Mahfooz tells his own story therefore, the story is true; he seems to be sad while writing the story because he has so many memories of his family. However, there is also the hatred feeling for his stepmother.

Naguib Mahfooz was charged or subject of a lawsuit, as his stepmother demand maintenance, he 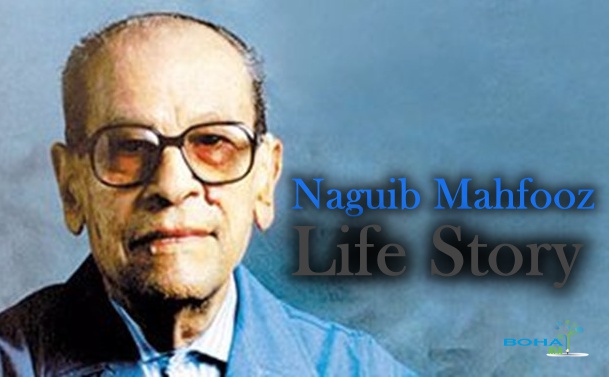 had so many bad and past memories for the woman because she was the reason to disperse his family. He said to his lawyer “This woman robbed us and deprived us of our legal rights.” Naguib Mahfooz father married her when she was twenty years old and his father was in the fifties of age, she became the reason to ruin his family, as his brother and mother died because of her. However, he explained in detail that her beauty vanished with the time.

General Tone of Authors Feeling Toward The Central Character

The main event of the story was related to his stepmother; as she was beautiful in young age and his mother suffer pain because of her, so he had hatred feelings for her. He shared that she weep because of his father and said “What a catastrophe! We’ll end up without a bean.”

The story is written in the descriptive style, as the author seems to be unhappy with the event of his life, created by his father and stepmother. Naguib Mahfooz explains the situation when his brother becomes angry on stepmother and said, “Where did he get her from” this lead his brother to face death because his brother tried to kill the father and his stepmother informed the police and his brother was poisoned and died after one year. Therefore, he said, “Too bad! I muttered. She robbed us; then there was the death of my brother and my mother distress.” He also said to the lawyer, “How did she find the courage to bring her case.”

Irony Feelings of The Story

Naguib Mahfooz has the bitterness for her stepmother; she was the reason to bring him and his family to face difficult situations in life. Irony feelings were suppressed by Naguib Mahfooz as he described that she was a beautiful girl, which lead them to face the death of loved ones in the family. However, further he explains that she is not beautiful after when he met her when he was subject to a lawsuit, her beauty vanished with time, she becomes fat and does not have the charming face.

Theme of The Story

The main theme of the story was related to Naguib Mahfooz as he was the subject of a lawsuit by his stepmother and he had hatred feelings for her. As he said to his lawyer, “This woman robbed us and deprived us of our legal rights.”

Symbols of The Story

The key symbol was the cupboard in the story, as the large cupboard contained the profits of his father. Naguib Mahfooz explains about his brother saying about the cupboard, “If we say nothing”, “we’ll find the cupboard empty.”

Evaluation of The Story

While evaluating the story, it could be said that story explain the feeling of a stepson about stepmother, as Naguib Mahfooz has memories of his family and had hatred feeling for his stepmother, which he mentioned in a story that stepmother demand maintenance and she was beautiful in young age but her beauty vanished with the time. The story is a great concern of Naguib Mahfooz life, as the story reflecting the author tensions and the bitter past experiences he faced due to the women.