The Killer of Angels Book Analysis and Summary Overview

Michael Shaara’s, The Killer of Angels, is a historical novel that tells the story of the three day battle of Gettysburg. The troops of the Union and Confederacy move into a battle field in the town of Gettysburg, Pennsylvania, a war that is known to be the bloodiest ever in the American soil. The story is driven by characters and is told from the view points of different protagonists. This paper reviews the causes of the civil war, the differences of motivations of men on the two sides of the battle. It also analyses how men managed to fight in the face of death. It explores the other motivations for the war as put forward by Michael in his award winning story (Buchanan and Shaara 56: Shaara 23). The event during and after the war are seen by  the eyes of Confederate Generals Lee, Colonel Joshua L, Longstreet, Federal General Buford among many others.

Why the Soldiers Fought

Shaara injects personal characters and feelings to the actors and maintains the historical happenings during and after the war. The war begins with the Confederacy winning, but events turn out later when the Union finally walks away with the victory slaughtering the Southerners. Shaara argues that he used documentary sources regarding this battle; he did not change any facts at all. The story began in 1863, June. It is the third summer of the war that was to be the bloodiest in American soil. Colones Joshua Lawrence Chamberlain is made the commander of 20th mutinous men. Accidentally these men signed three year contracts instead of two that were signede by the rest of the men in their regiment. When the other men went back home, these men also wanted to return. They were punished, starved and sent to Chamberlain who is ordered to kill anyone who refuses to return into fight. The bloody war ensues. 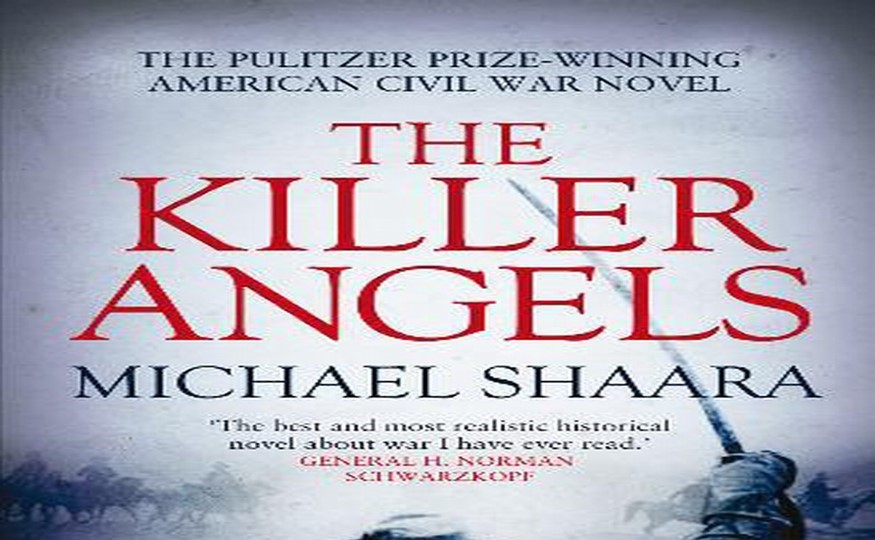 The major cause of the war according to Shaara is a desire for freedom. A very major strain that caused a lot of tension was the issue of trade and traffic. The south was heavily dependant on trade and agriculture. As a result, the south obtained most of their manufactured products from the imports from Europe or from the north (Robinson 76). On the other hand, the north had a domestic industrial economy that was growing. They therefore viewed foreign trade as competition.  Trade barriers imposed were seen as critically harmful to the economy of the south since they majorly relied on imports.

The perspectives of the soldiers from both sides of the divide in Shaara’s story drive the war: the Union and Confederacy. Longstreet’s spy, Harrison is depicted as collecting information about positions and movements of the federals. The officers from both the sides are shown as very emotional. These officers including James Longstreet and Robert E. Lee of the Confederacy and John Buford and Joshua Lawrence Chamberlain of the Union make decisions that are loaded with bitter emotions thereby driving the soldiers into the battle (Shaara 43).

Troops are positioned advancing as they get to the battlefield. This serves to add more authenticity as the decisions are made for retreat and advancement of the armies.  Michael uses the story of Gettysburg which survives as one of the biggest battlefields in the history of North America. This creates a vehement relationship between the causes of the civil war with the motivations that led to the old friends turning into enemies (Harrold 67).

It is clear then that the soldiers fought as a result of what the states felt was their right. The primary thing was the right to secede from the Union. There was a general feeling that the rights were being taken away. The southerners felt cornered and tricked to having no other options from choosing the northern products. These products were very expensive for their liking.

Differences in the Motivations of the Two Sides

There were significant differences in what motivated the war from the two sides. One major motivation of the war was slavery. There were opposing opinions on slavery. Some people thought it to be lawful and right while others thought it was an evil that should not be allowed to thrive in society. However, beyond the surface issue of the slavery, there were other critical issues that can be argued to have contributed to the onset of the war (Robinson 87).

The underlying issue was polarization that existed between the lifestyles of people from the north and the south. The north was urban and more industrial compared to the south that was rural and as such agrarian based. The abolitionists from the north fussed over violent incidences and subsequent execution of John Brown. This led to vehement polarization of the two sides of the divide (Buchanan and Shaara 56).

The southern came out as being politically incorrect at the time. This was when Lincoln was elected.  They therefore decided that they wanted to secede from the union and from what was their country. They demanded to be left alone, to do their own things and have their freedom. The motivation of the people from the south was mainly a desire to defend their land. They considered people from the north as outsiders and invaders. This further motivated the war.

At the time the south was very powerful. This was particularly due to their rich agricultural produce. The south left the Union which of course was not likeable to many. This created fear and panic from the government of the day. They felt that the Confederate was succeeding (DiNardo et al. 45). Consequently something had to be done, and it had to be done urgently. The most successful way of destroying the powerful people of the south was destroying their populations. And that did happen. The result was the war.

The general fear among the southerners over their property was also another significant motivation. They had a feeling that their property would be taken away from them. This was attributed to the fact that the abolitionists were very zealous with the fact that slavery was not right and had to stop. Well, the civil war could have occurred without slavery, but certainly this was one of the motivations that helped it along quickly. This was like a catalyst to an already injured situation (Wheeler 78-9).

People did not have similar motivations from across the divide. While others felt their rights were infringed, others were keen to perpetuate the situation. To be precise, the southerners felt disoriented while the northerners considered themselves as politically correct. As a result, the motivation for the war could not have been similar between the parties involved. The differences were very significant. The north pushed for free labor while the south felt that slave labor was okay. Besides, the south was motivated by a desire to secede, the northerners never held a similar view. Their motivation was to maintain the situation and they were opposed to the idea of secession (Ebel 124). Lincoln was also seen as unable to maintain the union of the states thereby further causing the tension leading to significant differences and subsequent bloody war. Many have argued that the war was to maintain slavery by the south. Even if this was true, the motivations could not be similar as the south was pushing for something opposed by the north.

The issue of money and politics was yet another big deal causing differing opinions and feelings from both sides. Lincoln himself is known to have owned slaves. Therefore slavery could not be the big issue as put forward by some. The southerners sold cotton at cheaper prices to Europe. England was seen siding with the south, lending credence to the fact there was a long time hostility that had been piling up (Shaara 79).

Fighting at the Face of Death

People can die for their deep convictions, their inner beliefs.  The war expressed in Michael’s story continued braving the face of death. This was mainly because of what both sides strongly believe in. the southerners strongly believed that their rights were being abused and they had to fight back even at the face of death. If they feared death, they felt their economy was at stake. They were therefore motivated to secede no matter what it took. As a result, the war continued amid bloodsheds and a series of pains, misery and suffering (Davis 25-9).

The north in contrast, felt that the southerners did not have aright to own slaves. Slavery was seen as evil among many of them. Furthermore, being industrial, they felt that the southerners were not to engage in importing manufactured products from Europe. As a result, tariffs and trade barriers were imposed. This was considered very cruel by the southerners. As such, they fought on even as bloodsheds were experienced. They had to defend what they strongly felt was their right, death or no death. The southerners also felt they had to counter the competitions from Europe. Therefore, the war continued at the face of death.

Michael’s story, The Killer of Angels, has brought very clear and significant insight into the Gettysburg civil war. It captures the various motivations for the war and how they differ. It is notable to state that the war was not purely driven by a desire to abolish or retain slavery (Buchanan and Shaara 56). There are several other factors underlying which was the general feeling of the southerners that their rights had been abused. This prompted the desire to secede and subsequent fight back from the north. The war should not be condemned at all times but should also be appreciated due to its contribution towards the democracy today witnessed in Gettysburg. The Killer of Angels is indeed an exposure of a real killer, a true show of bloodshed.