The companies in this new era are focused on the environmental and other CSR practices that can provide the benefits to the people of the community. However, the Interface Company, which is known as the global leader is known for the production of the modern carpet, the company was founded in 1973 by the Ray Anderson. Moreover, by the year 1994 Interface Company starting focused on the traditional industrial model so that there could be development of the sustainability in the business, thus, the new program were focused by the company that is known as the “Mission Zero” the major focus of the company is to reduce the environmental impact by the year 2020 (Interfaceglobal.com, 2016).

In the report there is the focus on “Mission Zero” program, the advantages and disadvantages of the programs are discussed, however, the company applied the practices in the New Zealand Company, which is small-medium known as Enviropaints LTD. The report further discusses, recommendations, results etc. 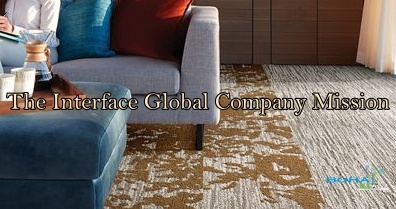 However, it is the motivation of the Interface through creating the modular carpet that there is the need to eliminate the negative impacts that are in the country environment by the year 2020. Moreover, the company is focused on the green products so that customer could be valued through giving healthier products. Thus, the company is becoming most successful in the market because there is the focus on the high performing and the friendly products. Interface wants to become prominent in the industry and in order to achieve Mission Zero strategy the company is motivating and educating employees so that there could be reduction of negative impact and carbon footprints can also be reduced. Thus, with the achievement of the environmental clean standards the company can be more profitable because profitability is targeted through innovation and protection of customers. Ray Anderson said that he wants the Interface’s journey to be fully sustainable as he said, “a mountain higher than Everest”. The framework that is created for Seven Fronts is as following.

Front no. 1: Elimination of Waste: The waste should be eliminated from then every business practice.

Front no. 2: Benign of Emissions: The toxic substances should be eliminated from the different types of facilities or product and vehicles etc.

Front no. 3: Renewable of Energy: The facilities should be operated with the 100% of the renewable energy.

Front no. 4: Closing the Loop: In order to close the technical loop, there should be the redesigning and recycling of the products.

Front no. 5: The Efficient Transportation: To eliminate the waste and emissions, there is the need of efficient transportation for people.

Front no. 6: Sensitizing of Stakeholders: The company need to create the culture that promotes the sustainably, for all the stakeholders.

Front no. 7: Redesign the Commerce: There is the need to create new business model that based on sustainability-based commerce.

By the year 1995, the company in order to focus on the Interface FLOR, made the company able to think on the various aspects, as the employees were committed to focus on the solution programs and the waste elimination. There was a mission to take the suggestion from the employees through program called quest. The quest made the cross functional teams in the company as they started think for the elimination of the waste. Through the ideas it is known that company need to focus on the Vermont range as the carpet tiles can be made, through the innovation programs, the company started to think on the reusing of the waste, as the company was inspired by the bio mimicry. The Vermont products can be recycled and the material can be made by the pile yarn and the backing. Vermont products help the resources so that they could be reused. The company uses the machine by NASA known as the ultrasonic cutting machine that helps 80%in cutting the tiles.

Interface again focused on to extend the mission zero through encouraging the stakeholders of the company for the mission Interface FLOR. The company uses the 2.0 scheme, through the scheme the carpets can get back from the customers and there could be the re-using or recycling of the carpet. Thus, by the year 2010, there was the program by the company named as “war on waste campaign” that also focused on the mission Zero by considering the flooring waste as the illegal act. The other manufacturing companies in the industry also need to focus on the environment friendly behavior and in order to reduce the environmental impacts.