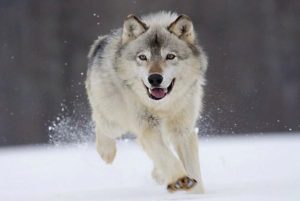 The gray wolf is one of the endangered species. Its scientific name is Canis Lupus. I have chosen this endangered species since it has a lot of new information and I believe that I will learn a lot from handling this species. The fact that the species is a dog wolf also makes the research on the species a bit interesting.

The gray wolf has an adaptable nature and its range is expansive. Therefore, it can be found in various northern habitats since they have suitable foods for the species. The northern habitats includes mountains, forests, plains, and deserts. The grey wolf cannot live in habitats that have a high population of human beings or where there is intensive cultivation. The gray wolf is a species that is highly intelligent and social as well (Ausbant et al., 2010). It is a predator that is efficient and it works together with other species with the aim of bringing down a prey that seems to be large. The species is mostly found in pack 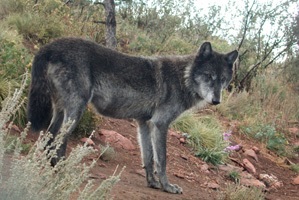 s, especially during the winter. In each of the packs, clear dominance can be observed. The breeding pair is seen to possess a strong bond that lasts all year. The pack is dominated by the breeding pair. The gray wolf has a diet that varies. However, many are the times when they prey on deer, moose, large ungulates, and wild boar. The gray wolf hunts for its prey and they pursue their prey in a chase. The gray wolf has skills for keen observation and that greatly helps the species differentiate between the prey that are old, young, and those in poor condition. Averagely, the gray wolf takes in between 2.5 and 6.3 kilograms of their food on a daily basis. The breeding time for the gray wolf is between January and April, and the specific timing depends on the latitude. Unless there is a huge abundance of food, only the dominant pair gets to breed. The mature females’ reproduction is suppressed by direct copulation interference by the individuals that are dominant. The females that are dominant bear between one to eleven offspring after a nine weeks gestation period. They raise the cubs in a den that can be located in a hollow log, pit, hole, or cave where they are weaned when they are between eight to ten weeks of age. At the age of five months old the cubs can now start travelling with the packs in search for food. By the time there is the next season of breeding, most of the cubs disperse thus leaving the packs. The maturity of reproduction is generally reached at the age of between twenty two and forty six months. The life span of the gray wolf is around thirteen years.

Historically, the gray wolf was a land mammal that was widely distributed all over the world. It was distributed all through most of the north hemisphere that is from Mexico, North America, and all through much of Eurasia. However, today the distribution for the species seem to be more restricted. Therefore, the species is only found in Canada’s remote areas, Europe, Alaska, Asia, and Northern USA. The species has become extinct in some areas of the USA, Mexico, and Western Europe.

Distribution of the Gray Wolf 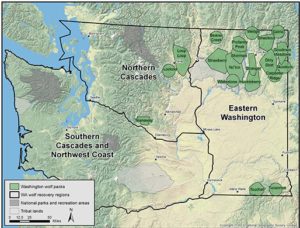 Distribution of the Gray Wolf

There are various threats to the gray wolf. One of them is conflict with the human beings. Most of the gray wolves are killed by human beings for attacking their livestock. It is fairly uncommon for the gray wolves to predate on livestock. However, those that prey on the livestock end up being killed by humans. Sometimes, humans end up killing the whole pack. Another threat is intolerance. Fear, prejudice and misunderstandings regarding the gray wolf is a huge threat to this species. Many myths and tales are used as a way of misrepresenting the wolves as creatures that are dangerous and villainous. Habitat loss is also among the threats to the gray wolf. Humans encroach into the habitat of the wolves. Therefore, that results to habitat fragmentation and the gray wolf is forced to travel to areas where they are not protected and it also becomes hard for the gray wolf to adapt to the new habitat and thus most of the wolves end up dying. Diminishing protections for the gray wolf is also among the threats. Wolves in some of the states might end up losing their protection. Many wolves have been killed since the move by congress regarding the gray wolf. States have also come up with management plans that are aggressive for this species. The gray wolf is the only species that can move to hunted from protected in one day. In 2011, the wolves that were in the Great Lakes region also ended up being delisted.

In future, it is predicted that the population of the gray wolf will keep on decreasing. That is because it is evident that the gray wolf is not well protected and humans will always kill the gray wolves since they are considered to be a threat to their livelihood and their livestock as well. The laws regarding the protection of the gray wolf also keep on changing from time to time. It is, therefore, evident that there is uncertainty regarding the protection laws and that has greatly been affecting the recovery of this species since the species cannot fully recover in a situation where the laws regarding their protection keep on changing. Therefore, there is a great possibility that the population will only keep on declining.

Your distribution section does not have any facts of the states that they lived in or found in. this was not helpful at all to my work.