Home > Subjects > Psychology > The Foundations and Components of Psychoanalysis

The Foundations and Components of Psychoanalysis

The term psychoanalysis was founded by Sigmund Freud, he developed, devised, and also applied this term over long years of about fifty years and his role in the main part of the theoretical formulation cannot but be studied. Psychoanalysis is based on the influence  of the unconscious mind on the human behavior. Freud’s theory is categorically used in three different forms: a form that deals with the treatment of illness, a technique for investigating the way the mind works, and a branch that emphasizes on behavioral or psychological science. (“Encyclopedia, 2015”) This theory developed from Freud’s observations about how the physical symptoms of hysterical patients had the tendency to disappear when the evident forgotten material became conscious. Freud’s observation was projected through his understanding of how the unconscious should be taken into consideration in relation to its effect on behavior and personality with material not based on normal mental processes. (“infoplease, 2012”) Because Freud’s theory is based on the unconscious mind of the human behavior, it therefore contributes to the relationship in the human behavior with regards to the psychoanalytic models. 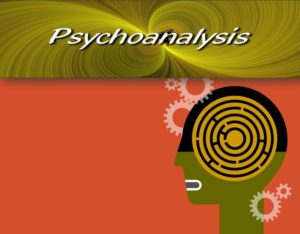 The Foundation and Contribution

Psychoanalysis had played a major role in psychology. Its foundation is traced to a method that began with treating patients that are mentally ill. Freud’s theoretical formulation  was developed based on his clinical experience concerned with psychopathology. While he was on this innovative mental activity, he observed the similarities between his career on psychopathology and specific aspects of the function of the mental activities. As time passed, with more studies in this observation, psychoanalysis has been basically described as the view of the human nature as conflict. Therefore, this appears to be true, considering the fact that there is an important part of the human mental functioning and development viewed to be related to conflicts and having its origins from childhood and specifically the sexual conflicts of childhood. This true facts considers the character traits, attributes which is normal because those are the aspects of behavior considered as the symptoms of mental illness – One of the contributions of psychoanalysis (“Encyclopedia, 2015”)

The most important significance of derived conflict in normal and pathological mental development and functioning is the major contribution of psychoanalysis to general psychology. This importance is based on how relative it is to the mental life of unconscious mental state, in other words, it is based on mental processes with respect to the major subject not having any conscious knowledge. Conflicts in the later stage of childhood are typically unconscious as well as in the adult mental life. Unconscious in this context implies the difficulty in the accessibility to consciousness. (“Encyclopedia, 2015”)

The demonstration relating to the determinism or even continuity of a mental life is another contribution of psychoanalysis to normal psychology. When a man solely depends on on the contemplation of his ideas and the knowledge of the thoughts in his mind, there could be so many gaps as well as discontinuities in his current mental life. Ideas come to a man’s mind sometimes without having to think about it a few moments before. Also, the human behavior may not be related in any way to what is thought by the mind at a particular point in time. The application of psychoanalytic technique, chances are that the existence of unconscious mental processes filling the gaps as well as the discontinuities appearing in a mental life may have an effect most especially when data of conscious contemplation of the thoughts is judged. (“Encyclopedia, 2015”)

Contribution and Criticism of Psychoanalytic Models to Human Behavior

Freud’s psychoanalysis model contributions had been criticized from different angles, and with strong defense. The commonest criticisms are: the theory is less complex to explain the complex human mind, and  also, Freud placing an extreme emphasis on sex. These criticisms may look reasonable, but in the real sense, Freud’s methods for this is a simplification of a complex phenomenon to a level that it can be analyzed systematically.

The criticism of the simplicity of this theory is important to evaluate. According to Plaut 1998, Freud’s theory is just a model, and it is geared towards simplifying a complex situation to a level where it can be evaluated clearly. It is acceptable to note that there is a difficulty in distinguishing between oversimplification and mere simplification in the modeling of anything. However, Freud’s theory may be considered a general one, but it should be able to consider some other general rules. Freud’s models are beneficial in the understanding and treatment of people.  This is because as late as psychoanalysis was created many years ago, it is credible and effective for the treatment of mental illness in the world today, as a majority of the theory is accurate. (Plaut, 2008)

The criticism on Freud’s model placing so much emphasis on sex may be considered as an over-generalization. This is because, many mental problems may not be based on this point, and could be narrowed down to unresolved Electra and Oedipal complexes. Those old periods depict the culture and norms, and considered a bias against women, considering the fact that Freud is also male. Therefore, this theory as pointed by Plaut, Freud considers it not measurable for women.

Another aspect of the criticism was that his models were based on clinical observations and case studies, rather than scientific and empirical research. This contribution from Freud is seen to be realistic in a way. But at the same time, scientists have tried to prove this model very wrong and was regarded as a bad science. But since there are other methods to solve of related treatments, such as behavioral and cognitive therapy, we can therefore say that psychoanalysis is not just the major alternative for mental illness treatments.

Psychoanalytic theory posed by Freud is a very strategic model that typically reflects the conceptual human mental behavior and its treatments. The theory is a clear outline, though ambiguous in some consideration related to the conflict and adaptation problems. However, Freud’s ideologies are provided with some sense relating to the contribution psychoanalysis brought to experimental psychology because of its demonstrations. Additionally, his psychodynamic thoughts is still considered reasonable and acceptable and therefore are still influential today. Finally, it can treat mental illness and related problems.