Home > Subjects > IT/Technology > The Effects of Mobile Devices on Cybersecurity

The Effects of Mobile Devices on Cybersecurity

People are living a strictly scheduled life today, and thus time is important in their lives. In order to make optimal use of time, modern people are increasingly dependent on the comfort and mobility given by advanced technologies, according to Musara and Fatoki (2010). The use of mobile devices such as mobile phones, smartphones, tablets and e-readers has become an integral part of modern life. While mobile devices can have a significant impact on today’s lives and make users more relaxed, they pose serious threats to cybersecurity in the context of rising hacking challenges and cyber attacks.

Use of Mobile Phones in the Current World

The development of the mobile technology has significantly changed the way people live. It has played a significant role in making modern life secure and flexible. The mobile technology grew rapidly that it took hardly ten years to enter the mainstream use, and, when compared to the growth of telephones this growth was unusually fast. According to Cisco’s 2013 global mobile data forecast (2014), today the number of mobile devices equals the number of humans on the planet. The Pew Research Center (2014) mobile technology fact sheet reveals that 90% of American adults own a cell phone, 58% own a laptop, 32% own an e-reader and 42% own a tablet computer. It is interesting to note that 67% of cell phone users check their phones frequently for calls, messages, or other alerts when while their phones do not ring or vibrate. There are another 44% of cell users sleeping with their phones next to the bed so as to make sure that they do not miss any call, message, or update. The fact sheet also reflects that 29% of cell users consider their cell phone to be “something without which they can imagine living” (The mobile technology fact sheet, Pew Research Center, 2014). 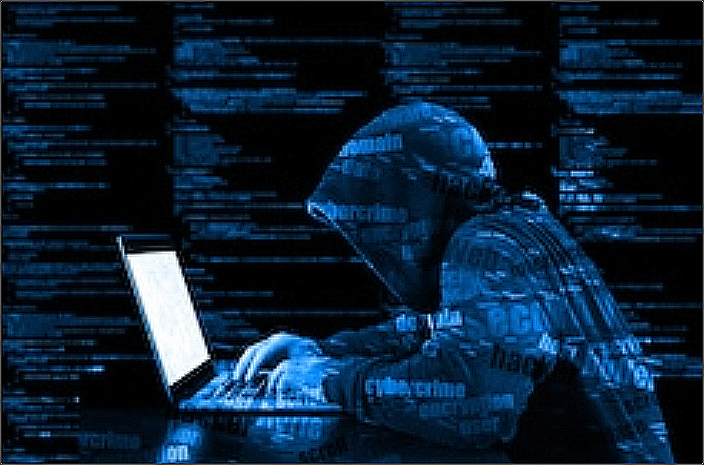 The term cybersecurity refers to the process of providing security to devices such as computers, cell phones, smartphones, and tablets, as well as the whole internet. In the current world, promoting cybersecurity is of great importance because modern people increasingly depend on computer networks to store and transfer their confidential data/information. Magid (2014) says that since these sensitive personal data are exposed to computer networks, hackers Exportor other cyber criminals could interfere with network users ‘ privacy and empty their bank account if there are no proper cyber security measures in place. Companies are no exception to these cyber threats. Hence, individuals and organizations are paying specific attention to enhancing cybersecurity in order to protect their confidential data and to get rid of the threats posed by cyber criminals.

Effects of Mobile Devices on Cybersecurity

The fast growing use of mobile devices poses crucial threats to cybersecurity mainly because most of the users are not really aware of their safe use. In addition, massive numbers of malwares and malicious links are created by hackers each day with intent to crush cybersecurity system and to gain unauthorized access to user accounts. According to Mathew Solnik (as cited in Yardon, 2014), a security consultant at Accuvant Inc, many of the new features introduced by smartphones appear to be a potential frontier in cybersecurity. He says that smartphones are rich targets of hackers because they can store immense amount of data including captured pictures and videos, recorded conversations, and credit card details. As the author points out, smartphones are connected to internet very commonly but are updated less frequently and this situation increases smartphones’ vulnerability to cyber attacks (Yadron, 2014). According to a 2013 global survey of 790 IT professionals conducted by Check Point (2013), 53% participants (up from 47% last year) responded that sensitive customer information are stored on mobile devices (Check Point). The cell internet access data as of 2013 indicate that 63% of the adult cell phone owners used their phones to access internet (Pew Research Center). When a lot of information is stored on a device that is connected to a network constantly, the device is more likely to be targeted by cyber criminals.

Solnik argues that he can access a smartphone from 30 feet away without the permission of the user or the phone company. He continues that he can then turn that smartphone into a live microphone, read the text messages, and check other contents in it. Solnik tells that he can fraudulently act as the phone company and trick the phone into believing it using a fake cellphone tower which could be acquired for less than $1,000. This fake cell tower with the size of small laptop is able to upload malicious code on the phone from 30 feet distance or closer. He also adds that using this fake cell tower, he can control microphones, cameras, and apps installed in the phone (cited in Yadron).

The widespread use of mobile devices tends to compromise the cybersecurity of corporate networks, and the situation in turn may lead to data theft and huge financial losses. Malatesta and Swanson (2015) point out that the Bring Your Own Device (BYOD) policy permitting employees to bring their own mobile devices to their workplace in order for using them to access the company network seems to be a serious threat challenging cyber security (p.109). Nearly 96% of the participants responded to the Check Point survey (2013) that the number of personally owned mobile devices connecting to corporate networks is increasing. The survey also found BYOD policy’s biggest challenge in protecting corporate data (Check Point, 2013). Although the employees may not use the company data deliberately to trap the company, the corporate information stored on employees’ mobile devices may be leaked under certain circumstances. For instance, this may happen in case the devise is lost or stolen or malicious applications are downloaded to the device. If the employees’ personal devices are not updated regularly, they would be prone to virus attacks and such devices may crush the firm’s cybersecurity mechanisms once they are connected to the corporate network. The Check Point survey also makes it clear that careless employees pose greater security threats to the corporate network than cyber criminals. A significant percent of the employees are not alerted of the consequences that their personal mobile devices can have on the firm’s cybersecurity. It is identified that people tend to install less costly antivirus in their mobile devices that are often ineffective at addressing the latest security threats. In short, thoughtless use of mobile devices can seriously hurt the cybersecurity of corporate enterprises.

However, it is important to note that mobile devices can have some positive effects too on the cybersecurity. The most significant positive effect is that mobile devices, specifically mobile phones, can assist users to increase the security of their bank transactions. As Shashank, Ankita, Aditi & Kavita (2014) indicate, today bankers give their clients a one-time password (OTP) via their cell phones for completing a financial transaction more securely. This facility helps the banking institutions to ensure that the request to perform a fund transfer or a bill payment is forwarded by none other than the real account holder. With the development of the portable mobile devices, today people can browse internet or operate bank accounts even while they are on the move, and hence they do not have to depend on internet cafes to check/send e-mails or to manage financial transactions. It is obvious that the degree of cybersecurity threats such as phishing and key logging is high when people use public computers to access their e-mail accounts or bank accounts. In many online transactions, personal verification of the user ID would be easy for service providers if the user has a mobile device such as cell phone.

It is a persuasive essay because this paper has took a particular position that mobile devices have potential negative effects on the cyber security and these negative consequences outweigh all positive outcomes.

From the above discussion, it is clear that mobile devices can have potential negative effects on the cyber security. Since people use their smartphones to store vast amounts of confidential data such as contact numbers, addresses, health records, and credit card details, smartphones have become a rich target for hackers. Many of the new features introduced in the mobile devices make it easier for hackers to crush the cybersecurity. In addition, the number of personally owned mobile devices connected to corporate networks by employees is growing tremendously, and this situation may lead to many severe cybersecurity issues.