The religious movement in Europe took various dimensions. Different movements such as Lutheranism in the 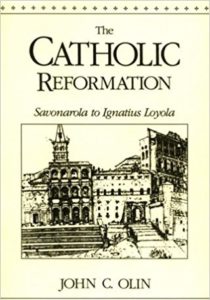 Holy Roman Empire, the Catholic Reformation, and the International Calvinism came into existence to change the people way of life by demanding them to return to the original forms of life. Before the Reformation, Europeans experienced many rivalries between various religious groups such as the Protestantism.  Among the Protestants, there was a group led by Martin Luther known as Lutheran and Reformed Protestantism led by John Calvin and Huldrych Zwingli[1]. Other groupings also emerged and demanded radical reformation. This paper will discuss how Catholic Reformation sought to change the institutions, practices, and teachings of the Western Christian Church. Besides, it will also describe the factors that obstructed or aided the reform process and how the princely governments and their rivalries helped to shape the outcome of Europe’s Reformations.

The Catholic Church was not solely responsible for the force behind the Protestant Reformation. This is because the church did not have wealthy followers and noblemen compared to those who were attracted to the theology of Martin Luther and John Calvin[2]. The Protestant church did not respond to the reformations quickly like the Catholic Church. This is because their internal reform was weak compared to the Catholic Church.  To ensure that changes took place among the Protestantism Ignatius Loyola who was not a member of the Protestantism clergy came in to introduce a new religious order in the church. Ignatius Loyola was a Spanish reformer and a soldier who was interested in the total overhaul of the existing religious order. Ignatius Loyola brought together the humanist tradition which was considered as the best and the reformed Catholicism. The humanist tradition used by Ignatius was of the Renaissance. This gave him the opportunity to appeal to some of the influential political and economic groups that were attracted to the theology of Calvin and Luther.

The Society of Jesus was also known as the Jesuits which was founded in the year 1534 formed the basis for the Catholic Reformation. The Society of Jesus emphasized on teaching and preaching. They also incorporated the traditional ideas of the monastic discipline. This was a strategy that was aimed at winning as many converts as possible. The Jesuits worked in unison as brotherhood society. They were never involved in the local corruption, and they were dedicated to lead an international movement. Their dedication attracted the attention of the papacy. Moreover, they were not attached to the local authorities and local priests. Their primary objective was to revive a universal Christianity that would accommodate everyone.

During the teachings and preaching of the Jesuits, they emphasized on predestination which was a Protestant theology[3]. Predestination only assured the prosperous members of the society and literate hope of getting salvation. However, the illiterate and poor individuals in the society were only promised doom, abyss, and despair. In this case, the Jesuits realized that there was no universality in Christianity. As such, they wanted to offer hope of salvation to all people in the society including the poor. Their religious revival information incorporated various traditional ceremonies and made Christianity become more emotional. Besides, they believed that the priests had the power to forgive sins. The Jesuits gave people more power to practice direct spiritual life. In this case, they appealed to numerous people thus attracting more followers. The Jesuits appointed princes who were responsible for the activities of the church in various territories. The church also allowed small sins that could lead to a greater good.

In the 17th century, the Catholic Church had become one of the most significant churches in Europe. Their teachings were entirely different with the Protestant teachings[4]. This allowed them to attract many followers. Besides, it became a controversial religious group in Europe. Some people viewed them as a religion that was committed to assuming a political power. The Catholic Church initiated various developmental projects including building schools, universities, and designed different churches. Moreover, they introduced unique architecture and art in Europe. Their activities in Europe were intended to win many hearts in Europe. In the 1540s, a Counter-Reformation developed within the Catholic Church. The counter-reformists imitated the Franciscans and Dominicans towards the total reformation of the Church. They were involved in several attacks and abuses especially with the Protestants led by Luther and Calvin. However, they avoided conflicts with their religious authority and the Pope.

The Counter-Reformists took stern measures to prevent the spread of Protestantism. They initiated hostile actions against those who followed Calvin and Luther. They offered a more emotional and a sentimental way of worship that allowed them to attract more faithful. The church adopted more severe measures to curb the spread of Protestantism. Some of the followers of Luther and Calvin were subjected to torture, cruel punishment, and even death. The Protestants also retaliated in other European countries where they were accorded official status. Such countries included Geneva, Germany, England, Scandinavia and Scotland where the Catholics were subjected to persecution.

The Catholic Church adopted censorship to curb the spread of the Protestant Faith. They were quick to burn the books that were used to spread the Protestant Faith. The church also intended to do away with the heretical literature of the Protestants, the works that were written by the Catholic humanists, the Petrarch and the Erasmus[5]. The Catholic Church prohibited these books until the year 1966. Besides, they implemented other policies that would counter the spread of the Protestant Faith and other Faith in Europe. They resorted to teaching and preaching, education, church building, persecution, and censorship as a way of winning the hearts of more people to the church. In the year 1545, the Council of Trent met to do away with some of the policies in the church. They did away with some of the corrupt practices and forms of abuse in the church. The Council worked towards unifying the church and more authority, and the final decision was left to the Pope. The council emphasized on the literal understanding of the scripture. Besides, they clarified issues concerning salvation, faith, and good works. Moreover, the council allowed the Church to make final decisions regarding biblical matters.

The Catholic Reformation divided Europe and affected the religious unity in Europe. This led to the demolition of the Christian Matrix. As a result of the Catholic Reformation, religion in Europe suffered a major setback concerning its moral authority on the people and the political power. However, the Reformation gave more power to the Monarchs. In this case, they were able to create a modern state. On the other hand, the leaders of the Protestants rejected the ascendancy of the pope to power. Various Protestant rulers such as Henry VIII of England asserted their power and authority over the churches which they led.

It is important to note that Protestantism led to the development of political liberty in Europe. Several tendencies were undiscovered during Catholic Reformation that justified the reason for challenging the authority of the monarchs. Ethnic individualism also developed as a result of Catholic Reformation. The Protestants interpreted the Bible in the best way they understood it. Most of them received salvation depending on how they interpreted the Bible. Protestantism also led to the development of capitalism in Europe. For instance, Max Weber observed that most Protestants received salvation without assistance. They were committed to sobriety, work ethic and hard work towards salvation.

The Catholic Reformation meant that everybody had to make a choice that would conform to the standards of the Church. The Jesuits, Luther, Calvin and the Anabaptists forced all men and women to make a choice regarding the standards of the Church they would conform to[6]. The Catholic Reformation also split Europe into two, the Eastern and the Western Europe. This led to the development of the civil wars, rebellions, and revolts.  Therefore, from the above discussions, it is evident that “the outcome of a religious movement can never be explained solely by religion” as observed by James D. Tracy.

The Rape of Lucretia

Being a Man by Paul Theroux