Please read the facts for the following tax issues.  When noted, use the appropriate research database to obtain the answers.  If a specific research database is not required, you may use the database of your choice.  There are eight questions that need to be answered for this assignment.

Mary, also known as the Cat Lady by her friends, incurred unreimbursed volunteer expenses while caring for foster cats in her private residence. Her expenses consisted primarily of payments for veterinary services, pet supplies, cleaning supplies, and household utilities. Mary claimed a $10,000 charitable-contribution deduction for the expenses on her 2004 federal tax return. The IRS issued a notice of deficiency denying the deduction. Mary has come to you for advice as to whether she can deduct these expenses as charitable deductions.

She will not be allowed to deductions as charitable contribution expenses because these are related to her personal expenses not related to charitable deductions. Section 170(c) has not applied here because she is not qualifying for providing services under this section to the charitable organization. She has failed to substantiate expenses as under sec. 170(f)(8). She cannot deduct her expenses as deductions for charities. 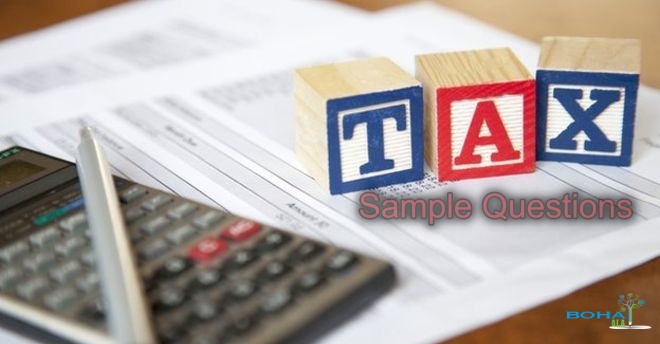 USE RIA SEARCH ENGINE: NOT CCH

Maria has an unusually strong constitution and the highest quality blood and plasma available for transfusion.  She manages to stay healthy while donating blood at the hospital two or three times a week.  For each donation, the Blood Center pays Maria $245 for the blood.  Maria drives forty miles round-trip to the hospital to make her donations.  Moreover, she spends about $35 every month for vitamins and other pills prescribed by her physician to ensure that her general health and blood quality do not degenerate in light of her frequent donations.  Last year, (2007) Maria quit all of her part-time jobs and now (beginning in 2008) survives financially solely by these blood donations. She has come to you for advice regarding her tax situation.

Section 170(b) (iii) states that contribution made to the hospitals are deductable under IRS. This income would not be taxable under these years.

Second issue of the revenue ruling is whether a decedent estate’s executor may file a request under section 6015 request for the purpose of relief from the several and joint liability on decedent’s behalf.

In taxable year 2000, W and H were married. They jointly claimed for deduction on joint return related to H’s investment. In 2001, this service was disallowed. After death of W, his executor filed form 8857.

Under section 6903, decedent estate’s executor has authority to file a relief request to section 6015 up to the extent that decedent has fulfilled requirement in his life.

Mary receives an award of a personal computer from her employer in recognition of her outstanding work developing a new office management process.  All employees were considered for this award, which is valued at $3,000.  How much of the award is taxable to Mary?

Taxpayer, US Marine Lieutenant Colonel Smith, while on active duty, moved from his home Michigan to California. He incurred expenses moving his sailboat from his old residence to his new residence. The Marine Corps did not reimburse the Taxpayer for the boat moving expenses. The Taxpayer was an active sailor and used the boat for recreational activities. He also resided for three weeks on the boat prior to his move and for 10 weeks after his move. Can the Taxpayer deduct the expenses incurred in moving the sailboat? Also, would the expenses be deductible if the Marine Corps had reimbursed the Taxpayer for the sailboat moving expenses?