Tana Toraja Indonesia Tourism: Toraja is one of the beautiful region at South Sulawesi Province. It is considered as second most favorite tourist spot 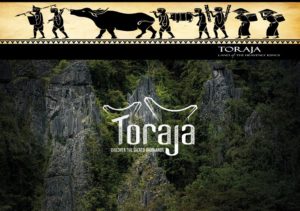 after Bali. In 1984, Tana Toraja Regency was declared as the touristic “Prima Dona of South Sulawesi” by Indonesian director general of tourism (Cultural Commoditization in Tana Toraja, Indonesia). In a brief period of time, Toraja people became touristic celebrity. Toraja people are known for their funeral rituals, carved architecture, and burial cliffs. In fact, the funeral ceremony is the most spectacular at Toraja tribe. It is based on a belief that soul of the death travels to the land of the south, where it will have eternity. Their funeral traditions are known as most complex funeral traditions in the world. There has been an increase in tourists in Toraja highlands which has created few issues. It was observed that sacred funeral ceremonies were being adapted to meet the needs of the tourists. Toraja people found that their culture and traditions were under threat from the tourism industry. Moreover, tourist also don’t get to see original and authentic culture. They are shown staged culture of Toraja people. There are different cultural differences behind this issue which will be discussed in this paper.

Foreigner tourist visiting Toraja highlands is the case of intercultural encounter. Toraja community has been trying to resist to the threats posed by the tourism. A possible reason behind this is difference in perception, needs, and cultural values of international guests and hosts. The perception of Toraja culture is entirely linked with funeral traditions. Now, Torajans are getting more and more exposed to outsider image of their culture. One can find T-shirts and post cards depicting Torajan burial cliffs in any local store. Travel agencies highlights the Torajan funeral ceremonies according to the needs of their businesses. Indonesian TV channels often invite Torajan singers. There are posters displayed at local cafes emblazoned with female dancers beckoning, “Come to Tana TorajaL: Land of the Heavenly Kings” (Adams, 1997). However, nowadays, Torajan people are not only ethnically self-conscious, but critics of the touristic and commercial image of their culture.

When large number of tourists visit an ancient culture, a scenario of cultural invasion takes place. The Toraja’s culture is highly romanticized to make it look attractive for foreigners. In this attempt, originality is vanishing and artificially supported culture is promoted. In recent years, it was observed that Toraja people were specifically setting their funeral rituals in order to accommodate more and more tourists. It can be said that an artificial culture is being sold there which has no regard to the original culture or the situation of natives. Ethnocentrism is also a reason behind discomfort of Toraja people. Usually, tourist are considered as one with high purchasing power and Toraja people are portrayed as less developed.

Funeral ceremony of Toraja people include slaughtering of water buffalo. Similarly, there are few other rituals which many tourist don’t appreciate. Regardless of right or wrong, it is the part of the culture of natives. Tourists usually don’t have similar rituals in their respective cultures. This cultural difference might be a reason.

As we know, Toraja people have very less control over tourism policy making. It must be a great concern for Toraja people if originality of their culture is preserved and tourism will not affect it. As often happen, when large number of tourist visit a specific community, there is possibility that originality of that culture get lost and the culture of tourists leave impacts on native culture. This might have been a worrying thing for the Toraja tribe. Tourism is obviously a source of income and prosperity. Tourism has altered the lifestyle of natives. In Toraja tribe, new challenges to identity, power, and status appeared. This can also be the reason towards the resentment of natives (Adams, 1997).

Although tourism has been a major source of income for Toraja people. However, it is also the reason for their discomfort. There has been multiple cases where outsiders or tourist have stolen ancient relics and “tau tau”. As we know, there is a cost for everything. In this case, these actions resulted in lack of trust of Toraja people towards tourists. It is possible that sacred buildings, lands, or graveyards get destroyed by government to accommodate more tourists which is obviously a thing to worry for natives.

The ancient traditions and hospitality of Toraja tribe attracts a lot of tourist from all over the world. Especially, the spectacular funeral ceremony of Toraja people is the focus of attention of tourists. However, for a brief time period, Toraja people stopped welcoming tourists. Cultural invasion, fear of losing originality and genuineness of culture, fear of other culture’s impacts on native culture, fear of losing native lands, and internal emerging challenges might have prompted Toraja communities to resist against threats posed by tourism. Regardless of these fears, tourism in Toraja communities is expanding day by day.