The article addresses problems surrounding national networks, anonymity and personal records, and corporate data mining. The report looks at the legislative problems and lobbying campaigns by various organisations. The essay would discuss some of the issues that social networking sites produce with individual privacy. In conclusion, the essay provides suggestions for how to develop our future society.

Any of the most prominent problems include pages taking too long to launch, pervasive ads and invasive surveillance, and privacy issues. If the latest trends in the internet persist, users will inevitably face difficulties when Homeland Security confiscates their mobile devices under the basis of ties with terror linked groups. Behavioral profiling and the use of digital communication can influence the behaviour of internet users by disturbing their digital communication. According to Lyon (2009), researchers and other internet users must have much thoughtfulness about the policy. The government must be willing to have enough time for its consumers to fully understand the regulation. Proper government agencies oversight is important to the progress of internet regulation. Decisions by the internet has important consequences concerning web creation. In the future, companies will have an overall control over internet content uploaded on private sites, while the federal agencies observe closely what is written. 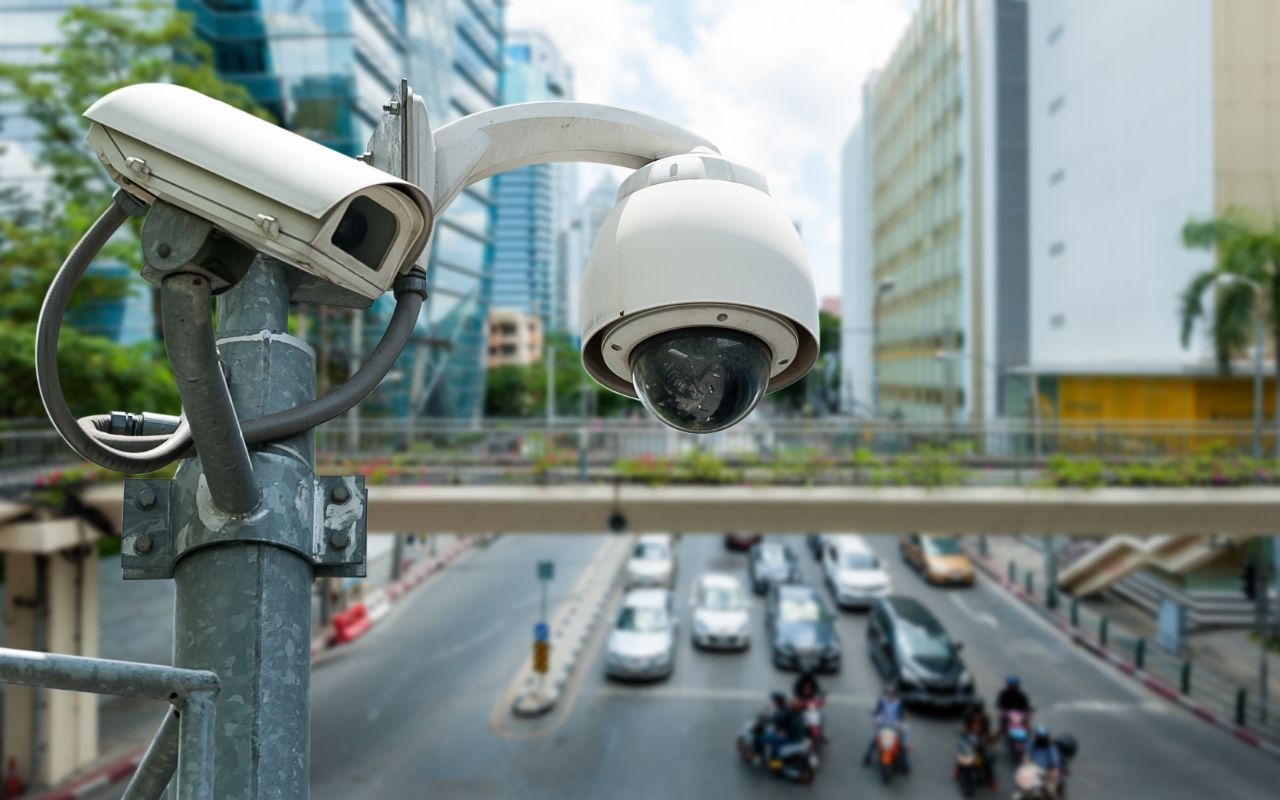 President Obama claims that the internet will never be closed and the future will be transparent and accessible. The president keeps to the promise to pay providers and small voices. Net neutrality remains at the heart of the internet. The Internet is an open system that handles all the contents equally, in also terms of dissemination. Big and encrypted files are slow to transfer because they use the same bandwidth that everybody has access to. According to Brooke (2011), network neutrality guarantees that consumers have discretion about what they do online, and internet services should not intervene with legal activities. Both the phone and cable providers providing internet service should route traffic in a neutral manner without any prejudices against speeding up/slowing down connectivity. Historically, people viewed the internet as a critical aspect of the internet while recent occurrences are affecting the existence of the internet.

The Federal Communications Commission (FCC) established working relations with antiregulatory policies in 2005 during Bush administration (Lyon, 2009. 33). FCC held that internet was an information service other than a telecommunication service. The commission classified the internet in the low regulatory category to enforce the information service providers. To do that, FCC uses four policy statements concerning network neutrality to guide the regulatory category in Title I that includes consumers’ entitlement to access lawful content to protect network neutrality.

Lyon (2009, p.34) says that the protection of open network will entail the development new standards and ensure that owners of internet are not a few wealthy companies. According to Brooke (2010, p. 12), Comcast is one of the companies that display discontent with FCC policy statement in the regulation of internet and internet service providers. The issue is that Comcast ensures challenges in throttling Bit Torrent due to slow transfer of the peer-to-peer application to a point that users of Comcast broadband cannot send or receive files (Brooke, 2011, p.22). FCC carried out investigations since their net neutrality principles had ancillary authority to regulate networks as prescribed in Title I.

The investigations by FSS found Comcast violated the law to cease-and-desist bias treatment of Bit Torrent as held by the commissioners in 2008. Comcast appealed the ruling in 2010 in the federal courts where the courts held that FCC had contravened its authority in regulating the firm. Consequently, the Commission failed to tie its assertion on ancillary authority in Comcast internet service. The court classifies internet as information service other than a common carrier. In that case, FCC does not have authority to regulate any decisions concerning network management. Lyon (2009, p. 30) thinks that court ruling will lead to the death knell of internet and needs amendment. The classification of internet as common carrier subject to a strict regulatory will give powers to FCC to enforce its policies on net neutrality. As things stand now the battle is enormous concerning classification of internet service while a few corporations such as Comcast with power to control the internet content to users will lead to appear as cable television.

The publicity of Verizon and Google in 2010 seeks to preempt FCC reclassification. Outshoorn (2005, p.4) proposes that wired internet services adhere to internet policies with exceptions of network management to cover all decisions concerning traffic on networks. Additionally, Verizon and Google perceive that that internet delivery is distinct and for that reason the internet services provided do not have to abide with the principles of open network. More than 60 percent of Americans access internet through wireless and the percentage are higher on minority populations. Brooke (2011, p. 11) claim that different regulations must exist for wireless networks as a guide to prevent fraudulent activities. Lyon (2009, p.35) argue that to preserve net neutrality since there are numerous loopholes for corporate to take over internet. Oudshoorn(2005, p.5) believes that the Verizon-Google proposal will have an issue of blockage of applications and that would divide information in the superhighway to create private fast lanes for well-established corporate leaving the start ups stranded.

FCC believes that their standards do not protect illusionary dangers they can witness issues of policy as they emerge than can threaten internet fundamental architecture on open network. Dilly-dallying on the preservation of free and open internet can distort internet profound success.

Some of the corporations that seek to undermine net neutrality include Verizon, AT&T, and Google. AT&T is one of the largest phone carriers in America that has plans to execute paid policy where a company receives money from internet content developers to enable it deliver their content at variable rates. The phone carrier claims that paid prioritization is an open internet since the delivery is that of higher speeds better than others are.

Internet is an open network and in the absence of government to enforce net neutrality we face a future where large corporations will control and produce all the content. The preservation of open internet ensures access of all central priorities that we need to engage in.

Google and Face Book benefits from data mining to enable them push online companies stock values. Brooke (2011, p. 12) elucidate that Google has patents on portable data centers on some of the shipping containers .Internet users benefit from convenient Web sites. In an ideal situation, one would opt to use a non-commercial open source site to write and research online while resource limitations see users applying Google Docs in case of collaborative writing or YouTube for video hosting.

According to Brooke (2011, p. 12), convenience does not always mean the best choice in relation to privacy of communications and online actions. Mega size corporations in the internet follow every detail of internet users in the pretext of targeted advertizing and personalization. The corporations seek information just like radio, television, and newspaper to deliver demographics to advertisers. The private practices established are not effective to protect users in the past and will not have any effect in the age of cloud computing and Web 3.0 technologies. Failure to advocate for extensive and private policies the future will have ubiquitous advertising and behavioral profiling to fuel ever-expanding data mining.

The Federal Trade Commission develops different principles of privacy in relation to computing technology that include (1) businesses to provide notice of information collected from consumers and how to use it. (2) Consumers should have a choice concerning the use of information collected. (3) Consumers should have the capability of accessing data collected. (4) Businesses should take reasonable steps to ensure security of information collected from consumers. Bush administration enforced compliance with Fair Information Practices other than harm-based approach where firms face fines or regulation to specific and tangible privacy harms. In the harm-based approach, FTC focuses less on the routine data collection while focusing more on spyware, financial theft, and identity theft.

Face Book company shares personal identifying information with no prior notification to users. On one day, a user has control profile and directory information on another day all information of a user appears in public domain. The company structures its private choices where a user can change the private settings. Behavioral profiling is prone to occur as the firm records and collects everything that users do online.

It is possible for Homeland Security or any other law enforcement to read, collect, view, or listens to users’ online communication without a warrant. In that perspective, internet serves as panoptical other than ensuring internet freedom as depicted in the formal years of internet. Web surveillance has potential constraints in the knowledge that government agencies can collect researchers’ information for evaluation. According to Zureik (2005, p.21), a panopticon is a device viewing the peripheral ring without the knowledge of the central tower or user detecting it. A political regime may declare it illegal to express certain views or teach some topics. For instance, Tennessee State Senate prohibited the discussion of LGBTQ and same sex relationships in public schools. While the bill does not address digital technologies, it is possible for the government agencies to scrutinize the violation of the policy using states internet communication. Unless efforts are made to succeed, the restrictions that hinder rights of free speech Web surveillance will have more problems in future. Americas Fourth Amendment as prescribed in the Constitution is that all information has the protection from warrantless searches. The email messages contained in the remote server do not require warrant to search and seize.

In summary, some of the ways of challenging data mining, Web surveillance, and net neutrality includes education and promoting advocacy. Researchers can investigate the current structure of the internet from different organizations such as Open Net Initiative. Internet users will benefit from recent policies that influence on the use of Web. In terms of anonymity, one should modify their computer’s configuration in order to avoid the positioning of cookies and uninstall location services. Advertisers are allowed to opt-out from personalising advertisements on a site-by-site basis, or on a company-wide basis. Educators and teachers need to be technologically literate in order to resist technological change.