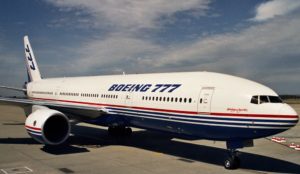 In any business success is pegged on how critical and deep its strategic management analysis is. Strategic management analysis involves evaluation of a firm within the contexts of internal and external environmental conditions with a view to accessing its competitiveness and positioning in the market (Hill and Jones, 2007). Such an analysis helps to establish the corporate and business strategy that a given company is pursuing.

Boeing 777 business development under Philip Condit is a clear demonstration of a well thought strategic management analysis of the company that helped the Boeing 777 to be an industry leader through large market share. The company through its leadership identified key weaknesses that threatened to collapse the company that included production inefficiencies, high cost of production, delays in delivery among others. This discussion looks at the strategic management of the business in detail.

SWOT analysis involves strategic analysis of both internal and external business environment. Internal business environment is analyzed by looking at the strengths and weakness of a firm while external environment is analyzed through opportunities and threats brought about by forces without the organization. The strengths of the Boeing 777 Aircraft mentioned in the case study are discussed below as follows. One, the company’s decision to involve airline operators across the globe who operated earlier versions of Boeing airlines to generate ideas on the new design and customer preferences helped to develop an aircraft that met the needs of the target customers. Decision to outsource key services through subcontracting internationally and within US helped to spread risk reduce time taken to break even. This meant that the company would benefit from comparative advantage of each partner it was working with. In addition, working with various companies across the ground created an opportunity and easy market penetration (Hill and Jones 2009). Strong relationship developed between Philip Condit and the employees (engineers) helped to end the secretive management style. This allowed free flow of information and sharing of new ideas. Acquisition of McDonell Douglas Company in 1997 helped Boeing to become the world’s largest manufacturer and supplier of military aircraft thus expanding this market segment as well as eliminating one of its competitors.  In fact its main rival was now Airbus Industries which trailed it by sales. The acquisition helped the Boeing to ride on the skills and networks developed by the acquired company. Ability to develop flexible design from the Boeing 777 helped the company to meet orders for cargo, long, medium and short distance travel aircraft without necessarily incurring high design and development costs. Use of the Digital Designs helped to identify errors and overlaps thus improving on efficiency and reducing time taken to deliver an aircraft.

In terms of weaknesses that characterized the company, huge development cost initially threatened the survival of the business. It made returns low and the company would take a long time to break even not to mention creation problem of cash flow. Rising costs, declining productivity and delays in delivers in the early 1990s when the Boeing 777 project was being developed was not a positive aspect towards the project. Highly structured management style just before Philip Condit to the scenes would have easily affected idea generation, product development and production.  Huge labor force and large capital outlay required to develop the aircraft almost exhausted the company’s income streams. Managing such a large workforce and imparting the necessary skills was going to be a big challenge especially with the then management structure. The fact that Boeing 777 project was the company’s single largest project and therefore presented the management huge project management challenges. About 10,000 employees and $ 6.3 billion were required and the management had to oversee the successful implementation of the project (Harris, 2009).

The external environment that provides opportunities and threats to firms also had a big impact on Boeing 777 project. Global production of various aircraft components and their assembly in US created a soft entry spot for the company’s aircraft once they were in the market. Most target customers were familiar with most manufacturers in their countries in addition to knowing the Boeing Company. Advancement in computer technology helped the company to abandon the way aircraft designs were developed, that is, use of paper drawing and full size models. The company now used computer-aided designs to design the aircrafts as was the case in car manufacture. This allowed the engineers to rotate, zoom, integrate and correct errors easily thereby reducing the lead time required to deliver aircrafts to the customers.

Threats that characterized the business were that within the aircraft business, failure was rather the norm than exception. This was evidenced by the small number of players, collapse, and acquisitions. Outsourcing through subcontracting various components totaling 132,000 from different companies meant strict time management to avoid delays as well as quality assurance issues. Where mismatch or misfit occurred they had to be remedied increasing project cost (Hitt, Ireland and Hoskisson, 2009).

The company had a corporate strategy to develop products that were demand driven. The products were designed to meet customers’ specifications and their needs. For example, cockpit design and cargo aircrafts were recommended by airlines. The company also focused to improve customer appeal for its products. In order to capture and expand manufacture of military aircrafts the company acquired McDonell Company. To lower costs and spread risks the company worked with 12 companies outside the US and 18 companies within US. This helped to improve efficiency and lower the production cost (Hill and Jones, 2007).

The company realized the importance of engaging target customers to give their ideas to feed into the design and prototype development. This ensures that there will be a demand for the product once its in the market. Providing workers with the necessary sessions for information sharing helps in ownership as well as polishing up of the final product before roll out.

The general idea of empowering staff to contribute to key decisions being make and ability to appeal management decision was a positive leadership management style. Special orientation sessions organized by management devoted to teamwork and quality control helped to improve team spirit and knowledge sharing. The leadership style brought about by Philip Condit changed the working environment and leadership structure that was highly structured and controlled by engineer to a more relational based leadership with bottom up approach in terms of decision making.

The leadership was also instrumental in ensuring that the project started after there were sufficient orders from customers. This meant that from the beginning, the project was going to be demand driven to suit the needs and specifications of the customers.