In the previous days, promotion was limited only to the goods made. But now the scenario has been completely changed. The process of marketing has gained an equal position in promoting both products and services. It is the service sector that offers new job opportunities. The service sector yield is increasing rapidly, paying partly or extra than the country’s GDP.

Starbucks is North America’s largest coffee production company, which has 20 million customers worldwide, and it opens three new stores a day on average. “The brand strategy of Starbucks was best summarized by its” live coffee “slogan, a term that embodied the value the firm attached to keeping the national coffee culture alive” (Moon and Quelch 3). As it was operating around the world, it had a supply chain all across the globe. The company gave more priority to three components. That was coffee, service and finally the atmosphere within the organization. The organization termed the concept of function as ‘customer intimacy.’ The goal of the company is “to create an uplifting experience every time you walk through our door” (Moon and Quelch 3). In the earlier days, it was easy for the company to sell its products, but as the scenario changed, the marketing process became more involved. Baristas were responsible for producing and selling the products. But the problem arose when the taste and preferences of the customers changed. The only way to solve this problem was to hire more baristas and train them well, but due to the current economic condition, the company is not in a situation to carry out this function. The company was facing serious issues related to customer satisfaction, a centralized marketing system, managing human resources, and failure in meeting customer expectations. 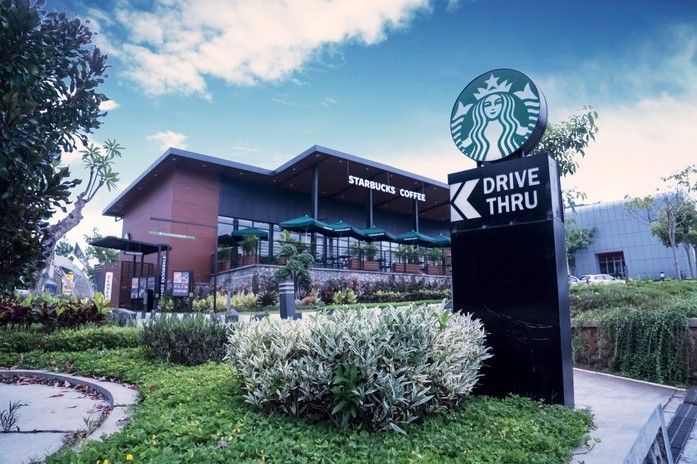 2.1 Service Marketing Issues in the Case

The critical service marketing issue, in this case, is that the company wants to increase its quality in delivery. Still, due to the poor economic condition, it is not able to perform at its best. The only solution for the company is to increase the number of baristas. And for the time being, the company trained the existing baristas and eliminated all the unwanted tasks done by them so that their productivity can be increased.

This paper involves the analysis of the Case and identifying the various concepts that are related to service marketing in Starbucks.

Starbucks is the world’s largest coffee service. In any company, service marketing is geared towards promoting its products and services. Since star buck is a coffee company, it is proposed to market its coffee by marketing the service in star bucks. Even this company is leading the highest position in the international market; for the past few years, there are some issues in this company.

According to Matt Andrejczak, the present financial atmosphere of Starbucks company is weak due to the increased cost of energy. Due to the rise in energy prices, the company decided to shut down around a hundred stores in the United States, which are underperforming. This made the employees reduce their productivity level. Another reason for the failure of Starbucks stores in some countries is a recession. The demand for their product decreased during the period of stagnation, and the sale of their product reduced. “Schultz considered the architect behind the rapid growth of Starbucks in the 1990s and returned as leader in January after he became increasingly worried about the growth strategy of the company and faltering stock price” (Andrejczak). Even though Starbucks is excellent in its product and service, they do not give importance to its strategic capability to strengthen their company to sustain and to avoid risk in the future. The coffee market is an unstable business, and there may be competitors in a vast amount. Sequentially to defeat with the competitors, the company should carry out its policies by mainly focusing on the exclusive, precious, and foremost capacity and resources, relatively than their service and product.

According to G Serrano, the marketing methods of star bucks do not meet their goals of marketing. It failed in its attempt to expand because it could not achieve the needs of the market. The high price of its products was an issue in the less economic market. “This is why Starbucks stores are not frequented by the new customer base, since the brand seems to be anachronistic of its character. Starbucks’ entire packaging was targeted toward a high-end audience. It would naturally see a lower growth rate amidst a market base that is shifting to low-end” (GSerrano).

Growth strategies were not up to standards, either. The goods and services were not meeting the needs of the market. Star bucks were worried about the increase in the number of stores. A further concern on star bucks was the lack of customer service. The relationship with customers was not efficient. The business of star bucks often fails to attract the market.

According to Guy Minto and Jasveen Samra, star bucks lacked a system of centralized marketing. There was an accumulation of the sales information, and the management had to ask for the particular data that need to be examined. Starbucks failed to satisfy its customers, and they did not consider any importance in pleasing the customers in the progress of their business. Starbucks functioned only in some of the metropolitan areas of the states. It occupied only a small percentage in the market. The Harvard review article of 2004 discussed the importance of customer satisfaction in Star bucks. It focused on the need to improve customer service quickly in star bucks. The article described that the marketing system of star bucks have to be reorganized to bring improved satisfaction of the customers. For the development of star bucks, the tastes of the customers have to be taken into account. It will earn the business benefit, which will also contribute to its growth.

Dan Mitchell discussed the state of star bucks in his post, “The State of Starbucks.” He said that the cost of coffee at star bucks is expensive than other companies. That became a problem during the recession era. At the time of recession, star bucks had a bad period. It was forced to close down many of its stores and to fire many of its employees. The number of customers was also going down suddenly. The sales were reduced rapidly during the period of recession. The emergence of huge competitors had also become an issue for star bucks.

According to Terri Feldman Barr, David W. Rosenthal, and Thomas C. Boyd of Miami University, there were issues of public relations in star bucks. One of star bucks customers had concerns about the computers he ‘d bought from them. There were defects in the computer, and also, it was an old machine that sold as new. Moreover, the services the company provided were inferior, according to him.

According to the author Zeithaml, there were issues of employing, training, and motivation in star bucks. The problems of recruitment of mangers were solved by aiming young men who were experienced in managing restaurants in America. Job fairs and ads were conducted to recruit such employees. The issue of motivation was solved by employing managers in Seattle to learn about the culture of Starbucks. Motivation could be improved by structured training in star bucks.

Doran has examined various marketing strategies that have been implemented across the world, for improving the quality of service marketing in an organization. The extensive investigation has been conducted on this topic, and this depicted the changing behavior of the customers for the services rendered by various organizations. Nowadays, customers pay equal attention to both the services and the products that are offered by the organization. Berry, in the year 1988, put forward an approach that helps in evaluating the quality of the services in an organization. This approach is termed as SERVQUAL. “Incorporating five service quality dimensions of tangibles, reliability, responsiveness, assurance, and empathy, SERVQUAL has been well utilized within the literature” (Tang and Bougoure 1).

Babakus and Boller, 1992 and Schneider and White, 2004 stated that these concepts were introduced to the service marketing to apply in all areas of the service marketing system. This was an active element that can be used to various limitations that usually arises in the service delivery. Spreng and Mackoy state that here is a very close relationship between the service quality and the degree of customer satisfaction.

Service marketing is wholly oriented towards the direct approach of the customers. The researcher suggests that five key service strategies can be used to improve the quality of services. They are rewarding system, recognition of employees, empowerment, and consistency in the reward methods and training given to the employees. By effectively using these strategies, the quality of the services can be recovered.

All these reviews depict the importance of the quality that has to b maintained in the delivery of services. The customer focuses more on the services that are delivered to them. Therefore by implementing appropriate service recovery strategies and by concentrating on both the core and additional elements, the issue in the service marketing can be minimized.