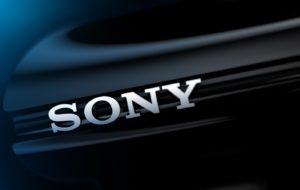 The financial statements of any company are fundamental to the success of the entity both in the long term and the short-term. This is especially considering that financial statements are aimed at outlining the true financial position of the entity at a certain date, thereby allowing the varied stakeholders such as managers, directors, shareholders, employees, the government and the public at large to make decisions that would essentially touch on the company. This explains the different growth rates and trends that different companies in different industries exhibit in terms of their expansion, sales, inventories and other aspects. Recent times have seen an increase in the number and magnitude of companies investing in the electronic industry. As much as there are numerous companies in this industry, none arguably sticks out as Sony Corporation. This is the electronic business unit, as well as the parent company for the Sony Group. Its line of business involves carrying out the strategic business planning for the group, design, research and development, planning and marketing for the company’s electronic products. Some of the products that it offers include LCD televisions, DVD players, Blu-ray discs, memory based portable devices, home-use video, compact digital, personal computers and interchangeable single-les cameras. On the same note, it offers professional solutions and devices such as system LSIs, CMOS image sensors, B2B business solutions, System LSIs, as well as other semiconductors , audio/data/video recording media, optical disc drivers and optical pickups among other devices. Testament to its diversity is the fact that it offers varied financial services including non-life and life insurance, loans, savings products, and undertakes research, design, development, production and marketing, as well as distribution and servicing of electronics. Started in 1946 as Tokyo Tsushin Kogyo Kabushiki Kaisha, the company changed its name in 1958 to Sony Corporation. Its headquarters, however, still remain in Tokyo, Japan.

This is a measurement of the debt component in the capital structure of a company that is used in supporting the operations and growth of the company. It is calculated by dividing the long-term debt and the sum of long-term debt and shareholders’ equity (Bhimani & Bromwich, 2010). The ratio is considered as one of the most meaningful debt ratios as it gives a key insight into the use of leverage by the company. While there exists no right amount of debt, the data presented by the debt ratio would show the quality of investments that the company has made.

This may be compared to the previous years’ capitalization ratio:

This means that there has been an increase in the capitalization ratio, which essentially implies that the company has been increasingly financing its growth and operations through obtaining long-term loans. Scholars have noted that prudent utilization of leverage or debt would increase the financial resources that are available to a company for its expansion and growth (Bhimani & Bromwich, 2010). The measurement assumes that the management would earn significantly higher amounts on borrowed funds than the fees and interest that it would be required to pay on these funds (Bhimani & Bromwich, 2010). However, the higher the leverage in the company’s financial structure, the more the restrictions that are placed by its creditors on its freedom to act, not to mention the possibility of having its profitability hurt by the high cost of debt (interest). The worst case scenario would involve the inability of the company to meet its debt and operating liabilities in a timely manner, as well as surviving the adverse economic conditions. Inability to finance the debt may see the shareholding structure change with the creditors increasing their share in the company.

This is a measure that compares the total debt of the company to its total asset. It gives the analyst a general idea pertaining to the amount of leverage that the company is using. A low percentage implies that the company does not depend much on leverage, i.e. funds owed to and/or borrowed from other people (Bhimani & Bromwich, 2010). In essence, the lower the percentage, the stronger the equity position of the company as it would be using less leverage. Conversely, the higher the debt ratio, the higher is the risk that the company would be seen as having taken on (Bhimani & Bromwich, 2010). The formula for the calculation of debt ratio would be total liabilities divided by the total assets.

The debt ratio for Sony corp. is quite high as it means that around 81% of its operations are financed by debt. However, there has been a slight reduction in the debt ratio of the company (0.02%) between the year 2012 and 2013. Nevertheless, the large size of Sony corp. would allow it to push the liability component pertaining to its balance sheet structure to an extremely high percentage without any serious concerns. On the same note, this measure cannot  be said to be pure per se as it also takes into account operational liabilities like taxes payable and accounts payable, which companies use as going concerns so as to finance their daily operations, in which case they would not amount to debts in this ratio’s leverage sense.

What is the capacity of Sony Corp. to turn its sales to cash? (OCF/Sales Ratio)

The operating Cash flow/sales ratio underlines a percentage measure pertaining to the capacity of the firm to convert its sales to cash. This is a crucial indicator as to the productivity and creditworthiness of the company. A high number would imply that the firm has the capacity to grow as it has enough cash flow that would allow it to finance any additional production, while a low number would be an indicator of the opposite.

Expressed as a percentage, the ratio is a comparison of the operating cash flow of the company to its net revenues or sales, which would essentially give investors an idea as to the capacity of the company to convert sales to cash. This indicator would show any positive or negative variation in the terms of sale, as well as the collection experience pertaining to the accounts receivable of the company. OCF/Sales Ratio is calculated by dividing the operating cash flow to the Net sales/revenue.

Accounts receivable refers to the amounts that a business entity’s customers owe it and are composed of a likely large number of invoiced amounts. They make up the primary or main source of incoming cash flow for a large number of businesses, in which case analysts should have the capacity to analyze the invoices in aggregate so as to ascertain or evaluate how healthy the predisposing or underlying cash flows are.

Analysis of the Net Income

Net income underlines the amount of money that remains after the deduction of all the operating expenses, taxes, interest, as well as preferred stock dividends (not common stock dividends) from the total revenue of a company (Hansen et al, 2009). The net income of a company is extremely crucial in the measurement of the profitability of the company over a certain period, as well as in the calculation of earnings per share. An analysis of the net income and profitability of a business entity would entail going beyond the figures presented in the financial statements of the company (Hansen et al, 2009). The figures would be used to determine how well the company turns its revenues to profits, or rather evaluating how effective the business entity is in controlling its costs. This may, for example, be used in determining the net profit percentage. In the case of Sony Corp., the net profit percentage would be calculated as follows.

This, by all means, is an extremely small figure that necessitates an examination into the borrowing structures of the company. This is especially with regard to borrowings. It is evident that the company increased its borrowings and loans, which would have temporarily lowered the profitability of the company at least in the short term. However, it would be imperative that analysts examine how the loans and the debts were used (Riahi-Belkaoui, 2001). This would not only come in handy in examining the financial stability of the business entity in the short-term and the long-term, but would also go a long way in determining whether the funds so borrowed have been put to proper use in the finance of assets that would generate some income for the business entity in the future (Riahi-Belkaoui, 2001). High net profit percentage, however, may also raise questions as to the investment decisions of the business entity, especially regarding whether or not the company has been deficient in making investments, which would signal that the high profits are artificial. This underlines the fact that there is no standard appropriate net profit percentage.