Social Change in Rape and Sexual Assault in Deployed Military

Rape and sexual assault have long been an increasing problem that raises the incidence within the U.S. Deployed military groups sent to the various countries where there are some national security and civil challenges to the citizens of those nations. Military servants are sent there to help the nation recover from the above-mentioned circumstances. Indeed the soldiers and other military men standing as epitomes of hope needed to find ways to ensure that they remained strong for the others who depend on them.

However, beyond the capabilities of remaining strong, women military staff needed to handle the challenges of dealing with the men in the group who intend to assault them. The need to stand strong against this though does not belong to everyone who has been assaulted. There are those who simply choose to stay quiet for the sake of protecting their reputation and find a better way to settle things in their own selves. It could not be denied that there are those women who are already assaulted and yet remains silent due to the fear of going through all the massive dilemmas involved in sending the issues to court and presenting themselves as victims to the public.

Why to the public? Several military rape and sexual assault cases such as that of the Taihook scandal of 1991 and the Aberdeen scandal of 1996 became particularly controversial that it provided the victims a much more focus than that of the accused ones a higher level of attention in connection to what they have done to their victims.

It seems as if media has heightened the exposure of the victims rather than that of the stress that they should put on the ones who victimized the women. This is perhaps one of the primary reasons why women who are assaulted take lesser chances in making media teem towards their life stories and rather opt to keep everything to themselves. 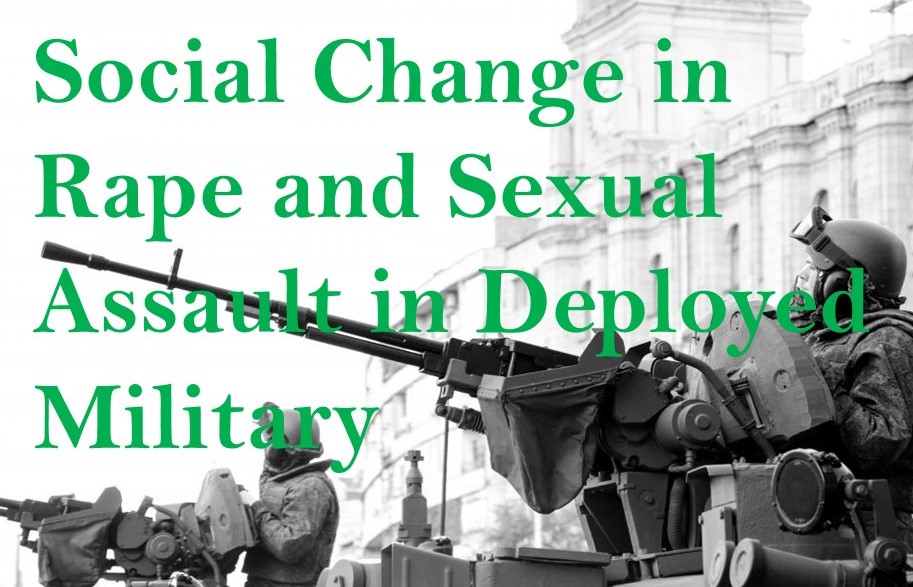 The Developments and Changes of Dealing with the Military Assaults

Knowing this particular issue as a growing threat to the military women who are deployed to other countries, the military academy of the United States has established the Department of Defence on Sexual Assault Response Policy. This is the department that is in charge of handling the major issues in the military academy that involves sexual assault. Through this department, the imposed consideration on the process by which women are protected while they are on another country trying to protect the lives of others who are under turmoil is given a heightened focus simply to be able to find ways to increase the competence of the military group to protect others and protect themselves at the same time.

As a result to this particular departmental establishment, the level of development on the process by which women’s rights are protected in the field until they come back to the country proposed a rather important benefit to the results of the survey handled during the years 2007 to 2008. Although there were times when there have been reported assaults against women, it was easier to handle to push the women to present themselves and their assaulters to the court since the protection against media scandal has been further heightened into a level that is much considerate with the feelings and the emotions of the women.

With the imposed specifications on the ways by which the men and women try to live with each other and live by each other during the war years, it could not be denied that clashing of opinions and ideas would occur. Issues would arise and matters of conflict would rather develop. Understandably though, issues such as sexual assault is one among the many situations that military members should be aware of and should be able to contain. These issues and situations does not only put their standing in jeopardy but also gives them a devastating reputation that marks their uniforms of strength and honour.